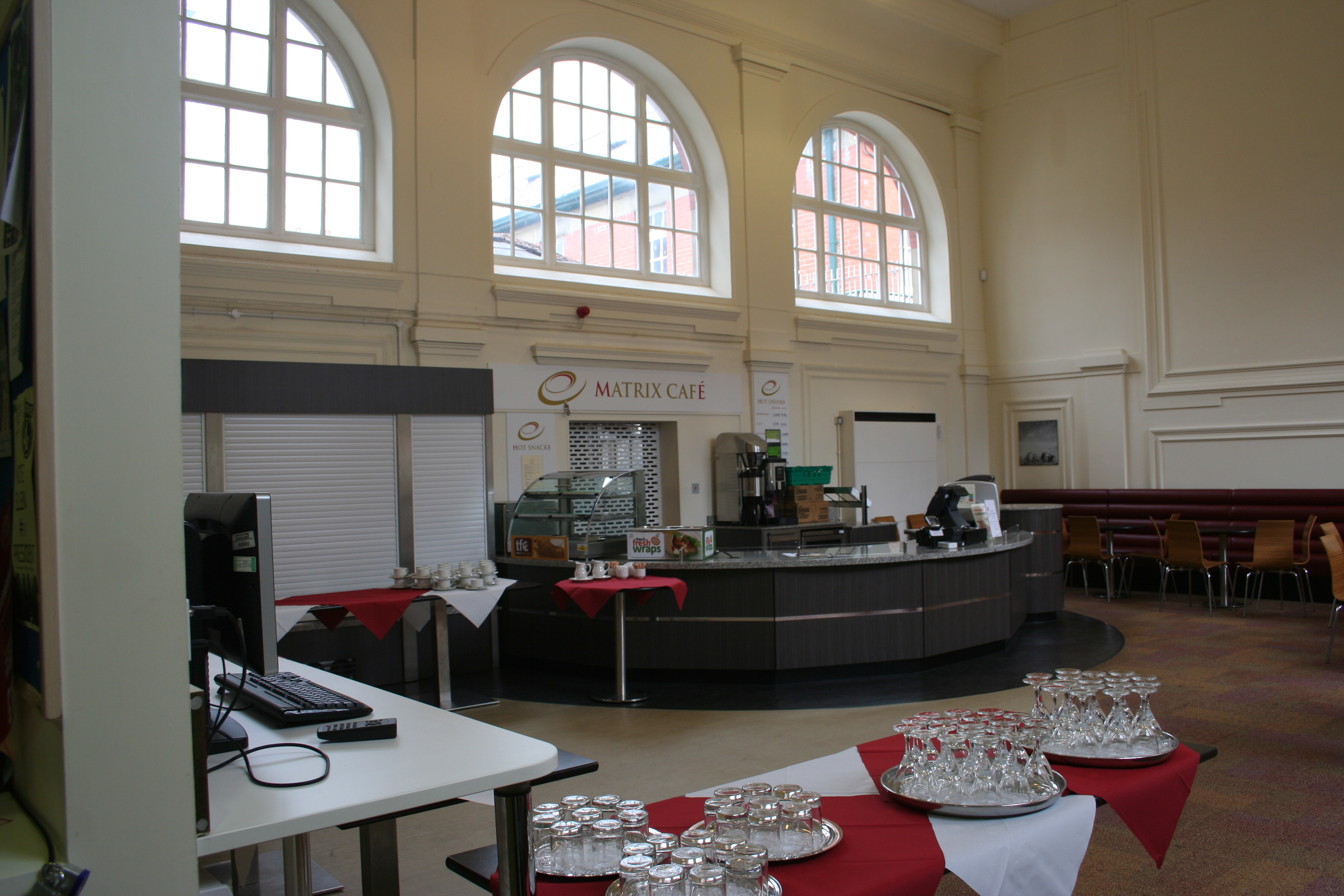 We Met over a Meal

The ones who arranged the visit gave us the opportunity to sit and chat over a buffet meal. It was brilliant. The canteen is now in what was the old Assembly Hall, where we had PE lessons (Physical Exercise). The ropes had been removed and the wall bars but much of it was just the same as it used to be when we were schoolgirls there. The main photo shows the Assembly Hall, set out for our buffet meal. 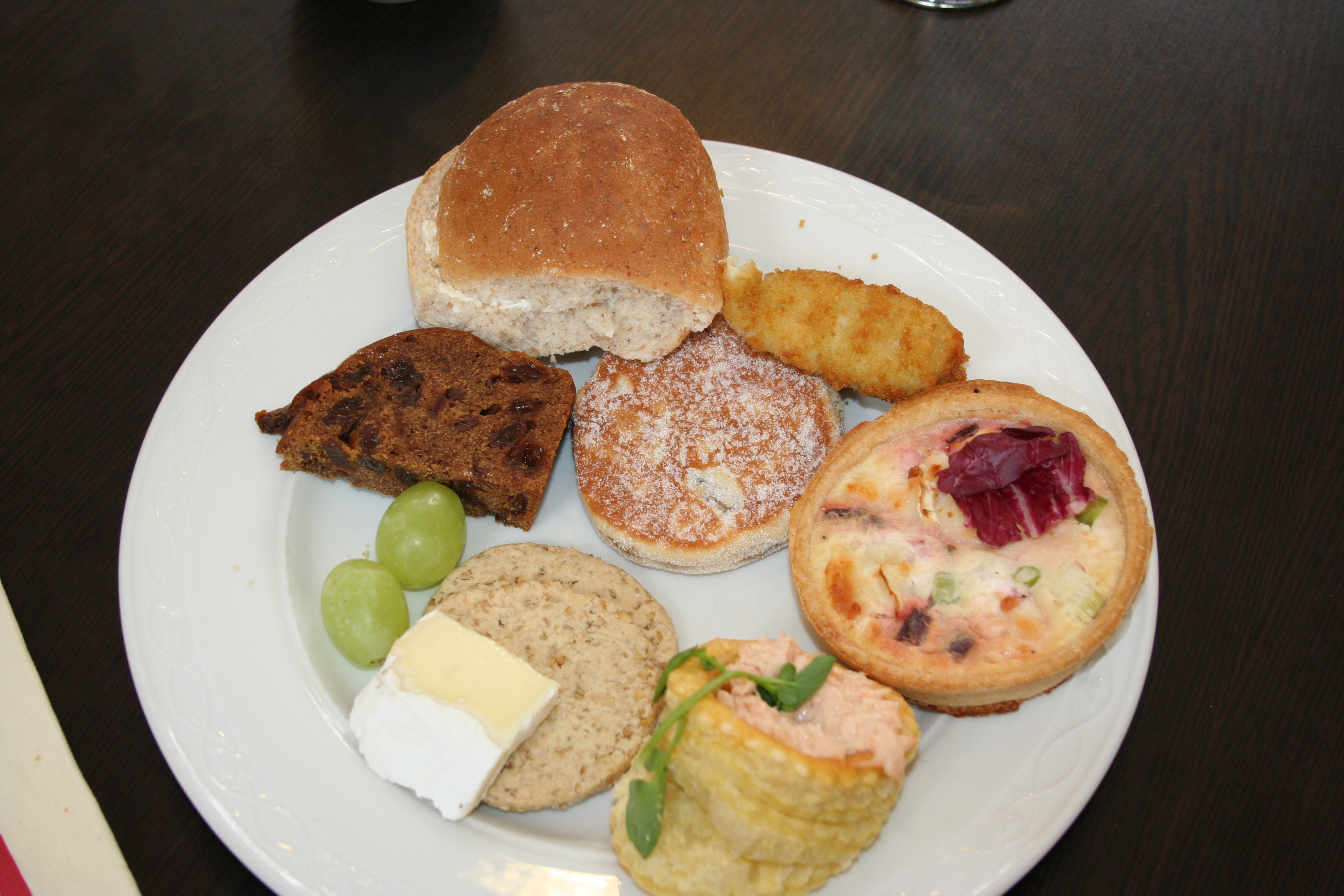 The photo shows part of what was available. Glamorgan sausage (vegetarian) is the golden cylinder at the top, with an egg roll on its left. In front of those is Bara Brith and Welsh Cake, neither of which I had tasted for nearly 50 years - I had a few extra of those! There is also a goat's Cheese and Red Onion tartlet, a salmon vol au vent and brie cheese with crackers and grapes. 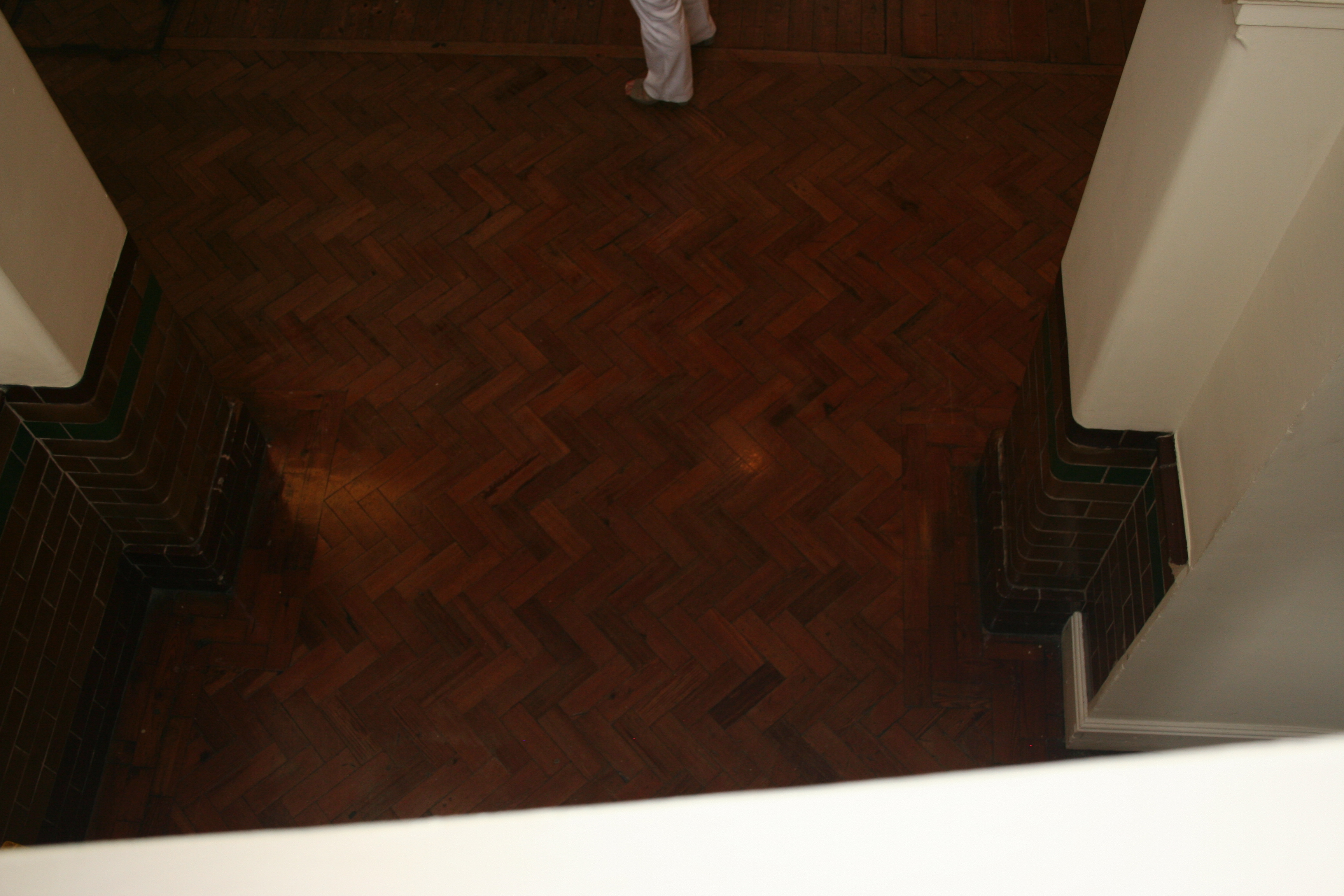 The picture shows an alcove that was originally used as a sick bay. Some of my friends said they used to throw things down at any girls lying sick in there!

I love what you showed for food. The little "tartlet" (quiche?) looks delicious! I love the story about the "sick bay"...

Oh my gosh, that food looks lovely! I like a buffet, where you can take a little bit of everything to try. I'd like to sample some Welsh food, especially since I've a bit of Welsh heritage, on my mum's side.

My grandmother used to bake Welsh cakes a lot of the time and Bara Brith. (Bara is Welsh for "bread"). I really missed them when I came across to Northern Ireland and my grandmother baked a whole tin full of them and sent them across!

Wow. I can see the affection and nostalgia. I can't imagine going back to my elementary school. I know where it is, but I'd get funny looks from the people there. I have no ties to the community any more. I'd like to see what the place looks like, just to see how well it matches my memory, but that's all.

The school is cool. The food? Eh. I don't know. I'd eat it, but I'm not sure without being there how it was. It doesn't look to appealing to me. My earliest elementary school was torn down some years ago. All the other schools remain. It's been years since I've personally seen them, though I've seen photos. It's hard to believe it's all over. Wouldn't it be cool if you could choose to be transported to enjoy a day in your old school. Maybe you could write such a piece. Maybe I could.

You're welcome to write a piece. I would prefer NOT to be transported back to my schooldays, even for one day, thank you.