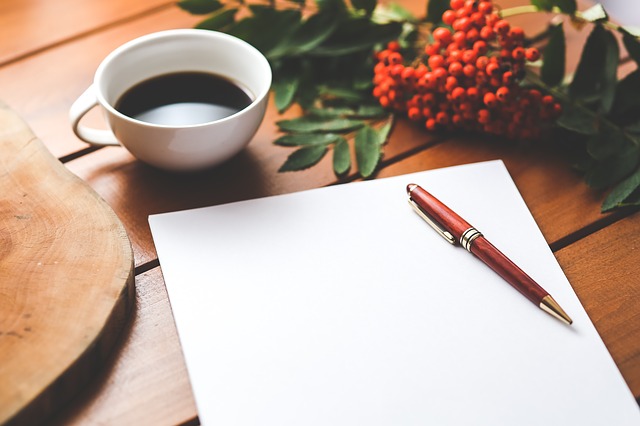 Several years ago, a friend introduced me to Examiner, where I ended up writing posts about writing. I did some book reviews and did updates for local appearances by authors and for writing groups. I was trying my best to help writers. At some point, I realized that one problem many writers have is just getting started. A story, or especially a novel, seems like such a huge undertaking you don’t know where to begin. So I started posting a Wednesday Writing Prompt where I’d give two random words and ask people to write a sentence using both. And to show how easy it was, I’d give an example that I had written. It didn’t have to be good, it didn’t even have to make sense. The point was to just write something. Now perhaps that sentence could grow into the great American novel, but most likely it was something stupid you soon forgot about. But the whole point was just to give the reader a problem and have them write a solution.

After doing this for a year or so, I left Examiner. But I liked the idea of having prompts, so I posted them on one of blogs. And then I heard about this site called Bubblews. So I started doing these prompts there, and kept it up for about a year.

Then I decided to try something different. First, I went to a daily prompt and then instead of giving two random words, I gave a topic. The idea was that instead of just writing a sentence and leaving it as a comment, perhaps the topic would spark an idea for a post of your own. Personally, my idea was to write a short story for each topic, but I never seemed to have the time.

It was lack of time, and then issues with Bubblews, that made me stop doing my prompts. I had thought to start writing prompts for this site called Elite Visitors, but then a whole bunch of stuff happened there. At the time, I think I considered starting this up here at Persona Paper, but time issues and disillusionment made me shelve the idea.

So now it’s been a few months, and Bubblews has made their improvements. I’m very cautiously curious about them. I haven’t written anything there for over three months, but I was thinking of writing a post a week, just to see how much I make. So the first idea I had was to restart my Wednesday Writing Prompts. Unlike the original Wednesday Writing Prompts, the new ones will be of the “Here’s a topic to write about” approach. And as soon as I thought of doing that over at Bubblews, I figured I should also do that here as well. And just so there’s no question of original content, the topics there and here will be different. So I’ll be doing two prompts each Wednesday. The first ones will go up tomorrow. If you’re looking for a random topic to write about, I hope you’ll check mine out. Maybe they’ll inspire a post of your own.

This sounds like a great idea. I look forward to your prompt posts.

I've missed these. I look forward to them also.

Sometimes prompts such as these are all we need to get us going. I don't imagine writing one post a week will get you very far on Bubblews, or any other site for that matter. It's constant interaction that does the trick.

Thanks for sharing hope I can read the prompts that you will post tomorrow... I get your point on that two words, it does not matter how good it is what matter is your mind is getting exercise a warm up to think and write something new and fresh. The way I see about your writing journey to different sites I could say that it can be titled as a "my tragic writings site" lol! I hope everyone will be fine and will get what they truly deserved in writing to a site. God bless.

Very good Idea.It really is nice to share the prompts you come up with.