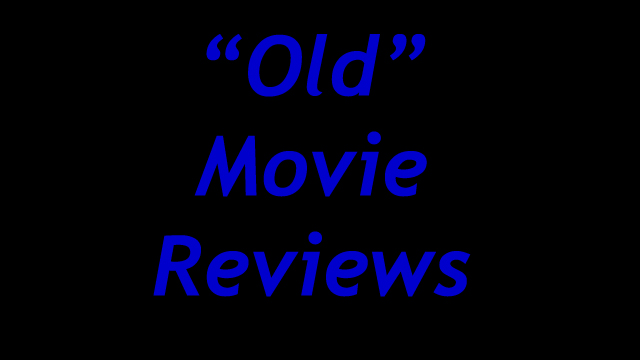 I’ve been ill lately and haven’t felt like doing much. So I’ve been watching some movies. Since I needed things to write about, I figured I should write up reviews for some of the movies I’ve been watching. By “Old” movies I mean movies that didn’t come out this year. Some are classics I’m finally getting around to watching, while others came out a year or so ago and I just missed them.

As I mentioned in a recent post , many consider The Room a movie so bad it’s good. At the time of the post, it was still on my To Watch list. But I’ve now seen it, and since it’s almost a law that everyone who reviews movies on the internet has to talk about The Room , I figured it would be a good place to start.

The premise of the story is that there’s this guy named Johnny. His fiancée Lisa realizes she doesn’t love him any more so she starts having an affair with his best friend Mark. When Johnny finds out, he feels betrayed by everyone and kills himself.

That’s a threadbare premise, and in the hands of skilled screenwriters, directors, and actors, it would probably be a pretty forgettable movie. But the writing, the acting, the editing, and everything in The Room is just so bad. For a little bigger taste than you get from the trailer, here’s the flower shop scene . Now just imagine that for 90 some minutes.

There are several movie reviewers I follow and I think all of them have either reviewed The Room or discussed it while talking about other bad movies. So I had some idea of what I was getting myself into, but I still had to pause the movie at several points to regain my strength. I think the best way to enjoy The Room (that was weird typing those words in that order) is to suffer through it by yourself and then show it to a friend who hasn’t seen it so you can laugh while they suffer. Really, the only reason to watch The Room – if you’re not a film student watching it to see how not to make a movie – is just to be in on the joke.

That's a pretty withering commentary. Not that I'm in danger of stumbling across it—I've never heard of it—but I'll be sure to give it a wide berth now. Thanks for the heads up!

I had never heard of it and now, after your review, I don't want to hear more about it!