Corporate Shame: When Children Were Encouraged to Smoke 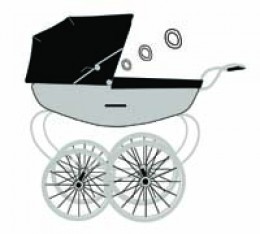 When I was a young lad, tobacco companies did all they could to encourage new recruits to take up the habit. I succumbed to the pressure and started blowing my first smoke-rings at fifteen, but it was during my smoke-hazed childhood that I served my apprenticeship.

In those dark days, tobacco companies were allowed to advertise their products on television, and one shameless cigarette manufacturer (are there any other kind?) tapped into the rich seam of child appeal by using The Flintstones in their ads. After all, as old smokers died (and many not so old), the customer base had to be constantly replenished. Another ad informed us that more doctors smoke their brand than any other cigarette, and yet another advised the watching public to switch to their brand ‘for your throat’s sake’.

Added to this, there were all manner of sweet tobacco products available that would introduce young fingers to the tactile qualities of smoking: candy cigarettes with pink tips for that ready-lit look, chocolate cigarettes with edible paper that came in soft packaging that closely resembled the real thing, coconut flavoured sweet tobacco and, my favourite, chocolate smokers’ kits. These contained a selection of delicious milk chocolate smoking items, including a pipe, cigarettes, even a chocolate book of matches.

With so much pressure to take up smoking from an early age, it is no wonder that many children grew into adolescents who were, to misquote Jaggers in Great Expectations, ‘qualified in all ways for the tobacconist’.

This is a world away from the rigid regulations that have the smoking lobby firmly by the throat today: smoking is banned in most indoor places, tobacco advertising has been banished from our television screens (and most other media outlets), tobacco products are hidden behind screens in stores, and packaging is adorned with graphic images of the ghastly diseases that are lying in wait for those who do not see the light and ditch the lighter.

It is almost twenty years since I quit the habit. My prime motivation was financial rather than health based, as my brand of cigarettes had just gone up in price to £1.30 for ten. I got through with a steely determination and a lot of Jolly Ranchers, and I’m glad I did because the same cigarettes are on sale today at £4.43.

That's enough to keep me off the 'coffin nails' forever, but the rigid measures I detailed above that were intended to stem the flow of young people taking up the habit haven't been entirely successful. According to a newspaper report from December 2013 (only 16 months ago), around 600 children per day are lighting up for the first time here in the UK. I think it will take more than the anti-smoking lobby's latest proposed measure, the introduction of plain packaging, to bring that figure down.

Did you smoke as a child?

Image Credit » Image: My own

Black Friday? No Thanks!

Have You Ever Spent a Forged Banknote?

Ah, geez, &AbbyG , I'm sorry to hear that. That's rough. And no joke. My mother-in-law (who will be 93 on June 6th) has had COPD for years. She quit smoking in her 30s, that is, sometime in the 1950s. How much of the COPD is due to the smoking is hard to determine at this point, but it sure didn't help.

I remember the candy cigarettes and cigarette advertising on TV. I remember thinking when they banned cigarette advertising that that was silly. No we're bombarded with prescription drug advertising which is, IMHO, in its own way insidious. But I think one of the greatest determiners of what gets kids smoking is whether their parents and peers smoke. My brother and his wife smoke, despite having tried to quit multiple times. Their daughters took up the habit in high school, despite seeing how much their parents struggle with it. I, on the other hand, though I have a number of bad habits, have never smoked.

Four packs a day? Well, congrats on quitting. That must have been a tough thing to do.

Congrats to both of you. I bet you do. Cigarettes got real expensive real fast.

I remember the licorice pipes with the red candy to simulate fire, and the Popeye's candy cigarettes. Kids now get those same white candy sticks at Halloween - sans pink tip - in boxes decorated with superheroes like Spiderman.

No, I never took it up, though I tried a few. Sitting in a pub with tears streaming down my face from others' smoke was another reason I didn't take it up. Love your pram picture, that's good.

It is good that you were able to quit smoking. Now the temptations are less.But if friends and parents smoke the young people may also start smoking.