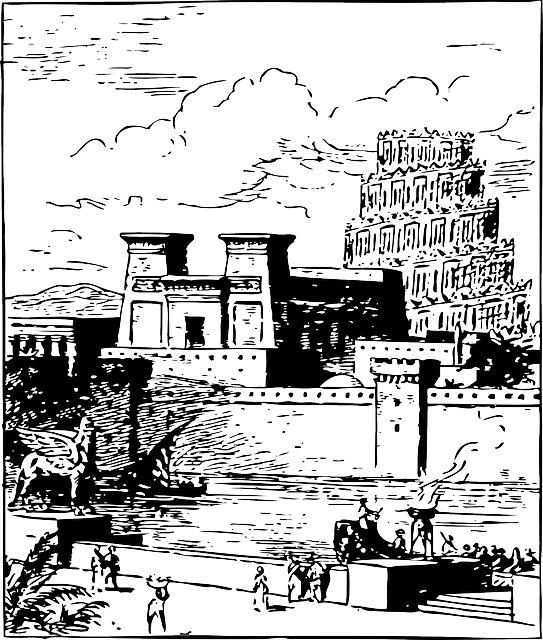 This is in response to &AbbyG ’s post “How did you come up with your 'pen name'?”

Way back in the mists of internet time, say 1997, I stumbled across a site dedicated to ancient history, then called Ancient Sites. Oh, boy. Kid/candy store. It’s still active and I have a page or two there, but it’s nothing like it was. It’s now called Ancient Worlds. When you sign up, you choose an area, i.e., Rome, Greece, China, and so on. I chose Mesopotamia. Within that area, you choose a “family” name. I chose Siduri, a character in The Epic of Gilgamesh . Additionally, you choose a first name. I chose Marie. This is my page there.

Other places, I used simply “Siduri” because I got tired of typing out Mariesiduri but this seemed unwise as the character apparently is sometimes used in role playing games. She’s a barkeep in The Epic of Gilgamesh and seedier folk seem to think that makes her and anyone using her name fast and loose with her chastity. It’s also a name of wine (with a nice logo). So I stuck the “M” in front of it. I sometimes get called Ms. Iduri, but that hardly bothers me.

A couple of things about having a screen name for so long: I’ve gotten snail mail for her. A net buddy once sent email to another person with the last name of Siduri by mistake and other person was hoping to have found family.

I visited your page there. Bit of a strain on the eyes.Thank you for sharing this in detail.

I change my password periodically on all my accounts. Anything that has anything to do with finances I sued a completely differently name and password configuration. I had a Facebook account hacked once. Nothing too serious came of it except that I started a separate email account that I use only Facebook and nothing else so I don't have an address book there that can be compromised.

Thanks for the idea.

It is a little tough. One of the shortcomings of the site is that for the newbie, it's really confusing.

Thanks. Is there a story behind "Telynor"?

In a way. It's a Welsh word meaning Harper. Later on I found out that I was using the male form of the name, ought to be Telynores.

Well, the gender identity of the word is lost on me. Harper. I like it.