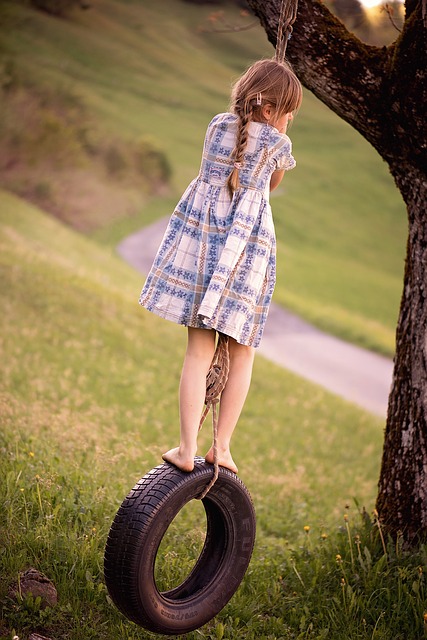 Growing up with a mentally ill parent is extremely hard on a kid. In order to properly develop, kids need a stable environment in addition to their parent's love. If they have a parent who has a mental illness and refuses to get help - that stable environment isn't going to exist. When that happens, the kid is left with long term issues which could lead to them developing a mental illness if they are already biologically vulnerable. If they are not biologically predisposed, it could still lead to an environmentally based issue such PTSD or long term issues with trust and stability.

I grew up with a mother who was extremely mentally ill but refused any treatment as she believed it was everyone around her who was seriously flawed. Beginning when I was 3, she started to hit me and subject me to hours of screaming each day. It was nothing for me to be screamed at and berated for 4 to 8 hours each day throughout my entire childhood. She hurled vile insults at me - calling me trailer trash and heartless - for things as simple as leaving a toy out or not having a room that was clean enough for her liking. I would be taken to the doctor multiple times each month for imagined ailments, but when I showed obvious signs of having been sexually abused or when I was truly ill, she ignored me. I was treated very much like a punching bag or a toy instead of a child.

My life was ruled by her obsessions and paranoia. Until I was 16 when my dad taught me to drive, I wasn't allowed out of her sight in stores. It wasn't that she was afraid I'd be kidnapped or harmed - she was afraid I might speak to someone and tell them 'family secrets'. Those secrets included the way I was treated, my dad's alcoholism, my mom having a physical illness, or even any basic common thing that could be said in polite conversation. Additionally, my world was confined to our house and backyard - which was surrounded by 8 foot tall privacy fence. Books and computer games were my only escape...and truthfully the only reason I survived.

The result of my mom's mental illness on me was that by age 10 I suffered my first depressive episode. I can vividly remember sitting on the living room couch, looking out the window at the kids playing outside, and all the horrible things my mom said about me running through my head. All those horrible things, those were the reasons I had been taught I couldn't play with the other kids. I'd been taught I'd contaminate them and get them to do bad things if I played with them. Today, I struggle with multiple psychiatric issues. One of them is purely biological while the other have large environmental factors. I struggle incredibly with making friends since I never had the chance to develop those skills in childhood. Basically, I am going to have lifelong struggles overcoming the fact that I grew up with a mentally ill parent who would not get treatment.

The World Has Lost a Legendary Mind

I am sorry to hear of the pain of your upbringing and your present pain. I won't presume to offer answers. But I wish you all the best.

What an awful child hood you have experienced. My heart goes out to you. However, I was brought up by a loving, stable family and a very close knit feel. Sadly though, the community didn't like my parents because they were great teachers. As a result I was bullied all through my teens. I know what it is like to trust people. It isn't always easy. But life is about overcoming hardships and moving on. I hope you find a window of opportunity where you can find the space to throw away what you have been through. Perhaps it is time to move on.

I am sorry that happened to you. I have an Uncle who is mentally ill. His three adult children are not mentally ill and are successful but they don't see their dad as having a problem that would require him get mental health. help. And he himself doesn't see that he has a problem. But, if he doesn't get help, he is a danger to society. So, what do you do in a situation like that?

That is so sad. It is very hard for a child to know anything other than the environment they are brought up in. And as adults, even though we know that things should have been different, we cannot get past the lack of nurturing and caring that we should have had. Do you know any older female that you would have liked to have had as a mother.? I have heard that some women who have had childhoods like yours have found someone who can act as a surrogate mother and have benefitted from that friendship.

So many of us have our "family secrets." I'm sorry to hear about your situation. In some ways, ours was the same.

Three days ago, I started a blog, where I am dealing with an issue of mine, but telling some of the family secrets. I feel I must do it anonymously for now. I applaud you for your courage.

Sadly, the situation you suffered during your childhood is not uncommon. Mental illness can have a devastating effect on those close to the sufferer. So sorry to hear your story.

I applaud your courage in writing about this. My family was not perfect either - my mother was an alcoholic, my father had an explosive temper, and each fed off the other. I quickly learned to be very careful about what I talked about when around either of them and was never particularly close to them. What got me through high school was being in the school band. I loved music and had aspirations to perform.

Someone mentioned wondering if any family or family friends new of what was going on? I don't know how old you are now, but you can take charge of your life as is. Sounds like a lot of counseling would help you work through all the damage you were put through. Maybe even a support group with others who have dealt with a mentally ill parent and would help you to feel less alone. I have two mentally ill family members. One I adore and one is pure toxic. You can change the generation in your family starting with you when you're ready.

You and I have had some parallels in life, though not exactly the same. At nearly 60, I have come to an understanding that I didn't have when I was young. It takes hard work. It took years of therapy. For me, I went with a Cognitive Behavioral Therapist. Something you said really hit home, when you described not being able to have friends. Socially, even though I am an extrovert, I can be/feel rather awkward. Took me a long time to learn how to be more appropriate.

oh no, I am really sorry to hear about the condition you are having, mental illness parents are hard to raise kids, I believe GOD made you unique so you can deal with this.

Its awful when a parent is like that. You should not have been subject to so much abuse. I am so sorry for the awful things that happened.