I Met Hannibal Lecter on an Online Dating Site! 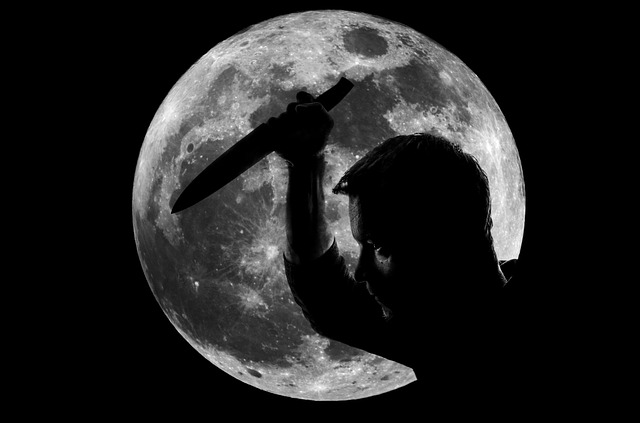 If this title caught your attention, then you might be someone who wants evidence of the worst in people, so that you can live in fear.

After reading WritingLover 's, The Dangers of Online Dating , and her warning to all who use online dating sites, I might think that I have been living on borrowed time.

No, I am not a serial online dater (or killer), but I have been on the Internet since 1997. As an active member of the online world, I have been active on chat websites, built online friendships, often meeting face-to-face, and have even met some from dating websites. I know others who have dated people that they met in chat rooms. Many I know have been married and have families having met through online sites of all kinds.

The argument and my rebuttal

WritingLover stated: "Unlike dating in the real world you can never be sure that the person you are talking to online is who they say they are in real life, for all you know they could be lying to you about everything they tell you. For example have you seen the television show Catfish?"

This argument is weak, as liars are everywhere--online or real time. People can misrepresent themselves all of the time; people on online dating sites do not hold exclusive rights to this behavior.

Sensationalism at its finest

We live in a world where media is accessible to us all. Many get their news and ideas about the world around them solely from sites or cable television shows, which loosely throw around the phrase, "reality TV."

This is journalistic (media) sensationalism--using shock value or exciting stories or language, at the expense of accuracy. It is used provocatively to get the public to watch or read. (Yes, I used this tactic in my title. If you are reading, then it worked.)

So, the danger of online dating seems to get more air-time than the success rates. And some people will then believe the anecdotal evidence from one or two sources to make their decisions about the world around them.

Personally, I have been in the online world chatting, building friendships with many people (and sometimes dating) for nearly two decades. I have met people in Canada, Sweden, Netherlands, England and Scotland (internationally, for me) and many of the states here in the US.

These friends have picked me up from the airports, introduced me to their families, and invited me to stay as a guest in their homes. Some people have traveled to visit me (first-time meeting) and I have done the same for them. Never in these 18 years, have I ever had any person online rob me, try to murder me, or any commit any other heinous act against me.

Have I been lied to by some of them? Yes. Just as "real" friends and family have lied to me. Have some of them had qualities or habits that I do not like in the people with whom I wish to associate? Of course, but is that different than any other relationship we begin to develop?

Use caution (not fear) in all situations

WritingLover makes a good point that it is important to ensure one's safety when using online dating sites by meeting in public places and telling a friend or family member where you will be. I might suggest that you also share with that trusted person a name, contact information, and other information you know about the date, if you feel it necessary to go to that extent.

Though some people on dating sites may try to fool you, there are people that you can meet anywhere who will do the same, whether you meet at school, in a grocery store, the library, or in church. Human beings are capable of behaving badly, just as they can be wonderful people, no matter where you might meet them, or for what purpose.

Do not be fooled by your own gullibility

Beware! Hannibal Lecter is out of jail! I have heard that he is lurking around here on Persona Paper under a pen name.

Had I continued to write this article in this fashion after the initial "hook" with my title, there are some who might have believed it, or certainly entertained the idea. Others might have started to share this with others and convinced them to be fearful. Some might believe that Dr. Lecter is still alive. There are even others who might think that Hannibal Lecter is a real person.

We must also be aware that we can be fooled into believing the worst about people and fearing the world around us, if we limit ourselves to gathering information to one or two sources, or make our decisions based solely on the experiences, or (worst, yet) the capable story-telling skills, of a select few.

A Response from Bubblews Marketing Director

Mothers' Day when Mom Is Not There

Somehow there are so many horror stories about people one communicates with online that it is just something that makes one more wary than otherwise.

That is suggesting that being a "freak" is a bad thing!

All about perception and your audience. LOL

Though I appreciate that there are many horror stories out there, there are equally as many (if not more) success stories. If we learn to seek out the good things we can find, instead of concentrating on the sensational stories that create fear, we are more apt to find things and people who are valuable. Excessive fear is a liar.

You summed it well. There can be dishonest people both the real world and online.

Thank you. I think that there are many stories told of meeting people gone bad. If that is all we listen to, no wonder some of them end up as hermits with a dog as a partner.

Never tried those online dating sites but who knows, perhaps wehn I'm bored I just might try it and I might find my future ex-girlfriend who turns out to be a ninja assassin!

CoralLevang Beware if they want to have you over for dinner with some fave beans and a bottle of Chianti. LOL. I just had to write that. I agree, we should always take some caution with online dating, or anything we do meeting other people, for that matter. Safety first. Especially teens.

As long as she looks good and doesn't assassinate you, she might be okay for awhile.

inertia4 I'm not sure I get the reference to the fava beans and Chianti. LOL
The reality is that we should be careful/use caution no matter what we do, online or off. I have met some real weirdos in life, before the Internet was ever invented.

And here I thought you had met Anthony Hopkins! File this under lame joke.

Actually, it was not meant as a "joke," lame or otherwise. Instead, it was meant to remind us all that we need to get more information to make our decisions. Black or white thinking is not always the best, especially with limited knowledge.

Although being married tends to cut down on the dating, I have met quite a lot of friends online, some of whom I've met. Frankly, anyone who is a good liar online will also be a good liar in person, but getting to know someone online gives us an opportunity to discover their personality without judging too much on appearance, first, and especially for shy people, it's a good thing, in my opinion.

I agree, AliCanary . I wish that I had kept a journal all these years about my online chatting, and the people I have actually met face-to-face. I actually have one person who has become my best friend. We live two hours apart and don't seen one another often enough. We met online in a chat room back in 1997.
For me, it opened the world back up to me after feeling that it had been closed off when I left the military, and when I was in major depression mode when my daughter left the family and I left my marriage. I had shut myself off from others due to so many reasons. The internet opened up life again for me.

OMG. Thanks, AliCanary . I remembered the scene but not the movie quote!

Like any other tool, the internet can be wielded for good or evil. I'm very glad that in your case, it was good!

CoralLevang At the end of the movie he is on the payphone talking to her and that's when he said that line about the fave beans.

I don't remember the line at the end of the story about fava beans either. Thanks to AliCanary , I remembered the scene she provided.

I'm afraid I've not heard of Hannibal Lecter since I am illiterate when it comes to popular culture. I know many people who have been fooled into marriages by people who acted one way while dating and changed into something else after the wedding. I watched three episodes of Forensic Files last night where people were murdered by their spouses. I'm glad I'm through with the dating scene because I don't know how people really get to know people today unless they've known them and worked with them for years in a non-dating situation.

BarbRad Have you heard of the movie, "Silence of the Lambs" with Anthony Hopkins and Jodie Foster? That is, perhaps, where most know of the character. Brilliant, but disturbing, movie.

Nope. I haven't heard of it. I don't watch many movies or much TV.

Depends on the kind of freak. In my home town many people still think using the Internet is freaky...