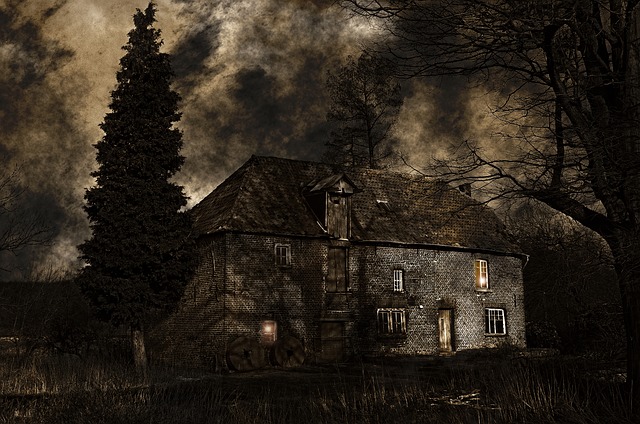 This story opens with Lt. Charles Seaforth looking under his bed. Seems his pants have gone missing. Seaforth, visiting some cousins, is on three years’ furlough from his regiment of Bombay Fencibles in the Hon. East India Company. He’s trying to meet everyone downstairs for breakfast, but the pantaloons he laid out the night before are nowhere to be found. His servant, Barney Maguire, slow in answering the bell, swears he had nothing to do with removing them. Could his cousins be playing a prank on him? They were the ones who told him that ridiculous ghost story about an ancestor who killed an unknown guest for the papers he supposedly held in his pocket. And he’s still hiding the pants of people he doesn’t know—

The house is full of visitors. Seaforth is trying not to be the butt of anyone’s joke. He’s trying not to look foolish. But he’s also trying to find his pants. And then next night, another pair goes missing. His cousin Tom stays up with him, but the ghost doesn’t make an appearance that night after. Charles locks himself in. He’s soon down to one pair of pants: his regimental uniform pants.

This is farce, but with an antiquarian flavor. There are some jokes that may not be immediately obvious to all readers, but some that are universal. One morning when he’s the first to breakfast, in the early morning chill he:

“did precisely what nine young men out of ten so situated would have done; he walked up to the mantelpiece, established himself on the rug, and subducting his coat-tails one under each arm, turned towards the fire that portion of the human frame which is considered equally indecorous to present to a friend or an enemy.”

At that point, the small yappy dog of one of the guests comes in and begins barking at his pants.

Cousin Tom’s money is on the Irish serving man. He’s a servant, after all, and come on —he’s Irish. When Tom leans on the hapless man, he replies: “Is it I would stale the master’s things—and what would I do with them?”

This is a silly little story, reminiscent of many screwball comedies of the 1930s, albeit 100 years older and in a different medium. It is cute, but not without its faults, ethnic stereotypes among them. Yet, it is funny, and ends happily with Lt. Seaforth getting the girl.

Title: “The Specter of Tappington” from the “The Ingoldsby Legends” series, first published in Bentley’s Miscellany Feb. 2, 1837

Haven't even read the story and you got me laughing! Tweeted this! :)

cmoneyspinner If I got you laughing, I have succeeded! And many thanks for the tweet! I hope you enjoy it should you happen across the story.

So super! You have taken me back to years ago,obviously..

Thanks! Have you read this? Or something like this?

This is a really funny ghost! I never heard of a ghost that loves to steal pants.

It is funny. And silly.