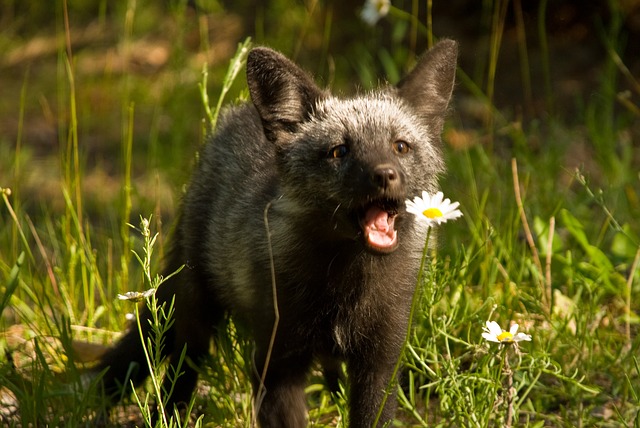 I saw an ad for eFax that features a guy dressed in a funny fox costume asking, "What does the fax say?". Clearly, the "What Does the Fox Say?" video took the world by storm in 2013, so much so that pretty much EVERYBODY has seen it, and therefore, the eFax ad is relevant and funny, because people understand it.

I first heard about "What Does the Fox Say?", by the group Ylvis, on Facebook, of course, and I went over to YouTube to check it out. Even though the part with the fox is the most over-the-top, my favorite parts are "elephant goes toot" and "fish goes blub", just because they are so matter-of-fact about it, even though that's not actually what they say (although I guess it's as close an approximation as you can get using a word instead of a noise). Also, the complete earnestness with which the guy sings is so hilarious. He really, really, REALLY needs to know how the fox would communicate with that horse!

It is a very funny video, and it went so completely viral that it now has over 311 million views on YouTube. I think it definitely qualifies as the wackiest video of 2013!

I Was in Maryland, by Accident

I am not sure if I have seen it. Unless, it's that guy that gets dressed up in costumes and in the forest?

Yep, that's it! You can still click the link, if you want .

Never heard of this one, but it does seem the fax company knows how to attract people's attention.

He really is twisted...makes me laugh. Have you seen "Someone Like Me"?? LOL

I heard about it, but resisted the urge to watch it to see what all the fuss was about. I had a hard enough time getting "Red Solo Cup" out of my head (and it's STILL not fully gone, even after all these years!), and the last thing I need is another annoying song to join it!

I wrote a Bubble on that song before. Not everyday you see grown men prancing around in fox suits singing ring dìng ding ding...

I haven't seen it!! ever!! Honestly, I resisted the temptation because every other "wild fad" video i watched ended up making me wish I had.

This sounds funny. If only we can really understand the world of animals.

I resisted it for a while, too, but it's pretty entertaining (mind you, I probably have much lower standards for what is entertaining than you do, though!)