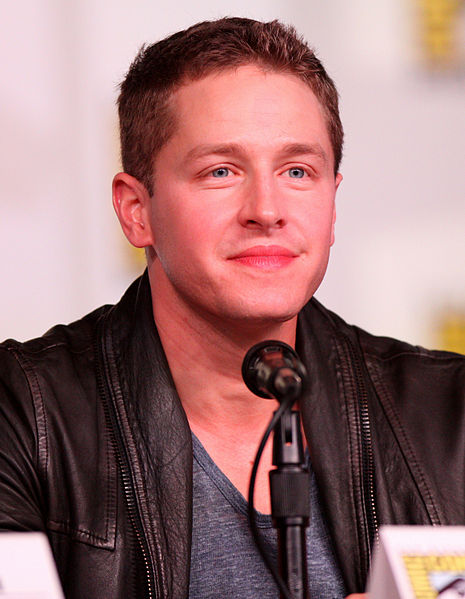 I was just watching the first Thor movie on HBO, and I noticed that the actor playing Thor's friend Fandral, one of his gang of sidekicks (which you may also know as Asian Guy, Big Jolly Guy, Hot Chick and Squirrely Dude--that's Fandral), is the same guy who plays Prince Charming on the Once Upon a Time TV Series. His name is Josh Dallas. I didn't recognize him as the guy from Thor because, as I demonstrated, the sidekicks aren't that memorable, and he wasn't on a TV show I watched every week at the time.

However, by the time I saw the second Thor movie in the theater ( read my review of Thor: The Dark World here ) , I know I would have spotted Josh Dallas at that point, so I had to go to IMDB and clear things up. Seems Josh Dallas did not play Fandral in the sequel, probably because being a main character in Once Upon a Time didn't really allow him the time (perhaps not a bad problem to have). But what is MORE interesting is that the guy who NOW plays Fandral is Zachary Levi--the guy that used to play Chuck in the Chuck TV series, which, as fans know, is no longer on the air.

So, it looks like the original guy lost his movie role because he got a TV show, and the guy who lost his TV show got the movie role!

Photo of Josh Dallas by Gage Skidmore, on Wikimedia Commons

Amazing how it all works out! I love the Thor movies and Once Upon a Time. I really need to get caught up on those.

I saw the first Thor movie but I do not recall this actor nor do I recall if I watched the second Thor movie or not. Thor was a great movie though so I will have to see about the second one.

Didn't know about this but it is interesting. I guess the sidekicks really aren't all that memorable so they can easily switch actors and many might not even notice or pay attention.

Marvel's done a great job with Movies, lately, especially Thor and Avengers movies. And we love Once Upon a Time--so clever and well-done!

You should read my review on the second movie (no spoilers, I promise) to see if that jogs your memory about whether you've seen it--the link is in the post, above.

It's true--I can remember Fandral's name only because I wrote about him, and I can remember Sif's name since she is the only woman, and they also use her name a lot. As for the other two, no clue.