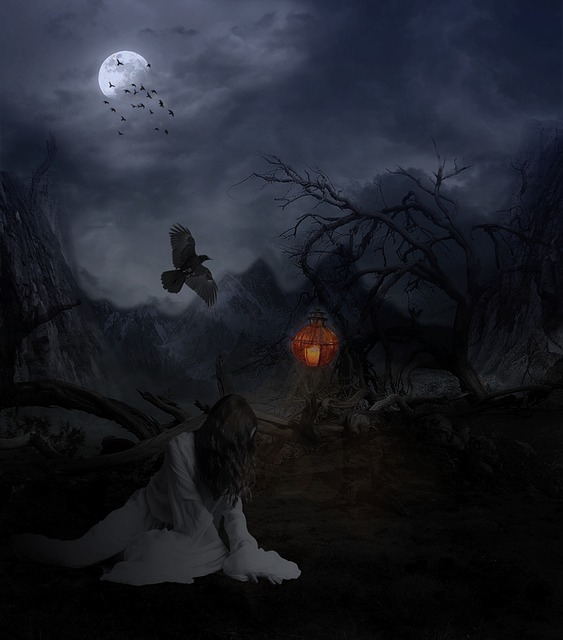 I heard this story from an ex-colleague of mine who used to work together with me in an old factory. The building was over a hundred years old and while well-maintained, was incredibly spooky especially in the middle of the night. One evening when the workers were coming in for their night shift, one of the female workers who was about 18 years old began acting strangely. As she came into the work area, she started convulsing uncontrollably, her body spasming as if she was having some kind of fit. When her colleague tried to hold her, she pushed him back with incredible strength and started shouting in a deep man's voice!

Right in front of everyone's eyes (there must have been over 80 people working that night) she stood still and started shouting and talking gibberish, the strange deep man's voice coming out of her petite body. It took five strong men to hold her down as the others called for help. Now, this was in a country where people were extremely superstitious, belief in the supernatural was very strong and every neighborhood had a traditional healer or witch doctor who would be called in situations like this.

The healer, who was an elderly man armed with a small bag, arrived and asked for the restrained girl to be brought to another room away from prying eyes. There, he commanded the spirit to tell him his name. The spirit, with his deep male voice emanating from the girl's mouth, said, "My name is Mahmood, and why are you all in my house?". After some questioning from the healer, it was revealed that the factory was built on the site of an old house that stood there over a hundred years ago. The owner had died in this house and his spirit still haunted the building! The spirit then said, "Why are these men coming into my house and pissing everywhere? Get them out!". Apparently his old living room was where the gentleman's toilet is situated now.

The healer began chanting his prayers, while the spirit screamed. The healer then said, "You are dead, it is time to move on". Then after what seemed like hours, the girl fainted and her breathing steadied. The five men who held her relaxed their grip and carried her to a couch to lie down. The battle had been won. When the girl woke up, she said that she did not remember anything. Everything that had happened over the last few hours was a blank for her!

I have a book material based on my experiences in the occult world - love potion, possession and exorcism, fairies and other elementals. But I am afraid that the book will not sell so I am hesitant.