I Draw You A Road...Or, The Unfailing Generosity Of Children 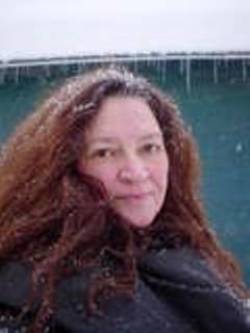 At the age of almost 4, my granddaughter had already perfected what I 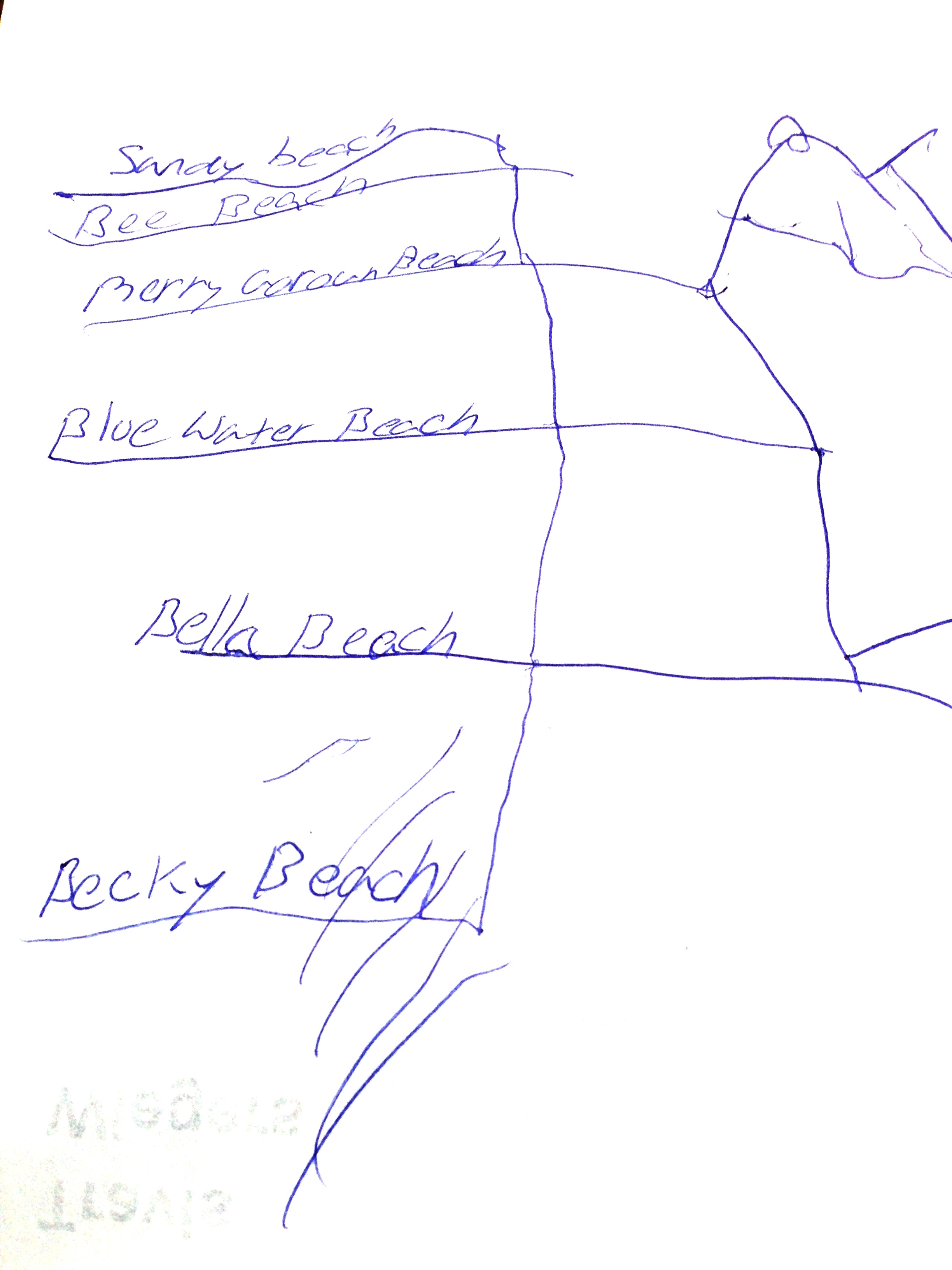 call her politician's stance - tiny feet firmly planted shoulder width apart, elbows at 90 degrees, palms facing each other. She adopts it when she has something of utmost importance to tell you, and speaks slowly, emphasizing each word with a nod of her head and small, vertical hand movements.

Last fall, we were watching a movie together when a scene reminded her of the beach where her other grandparents had taken her the summer before. She slid off the couch to stand in front of me and adopted "the stance."

To which I, who have never seen the ocean, responded laughingly, "Honey, I don't even know how to find the beach."

In an instant, she had raised an imperious little forefinger in a wait-a-minute gesture and declared, "I draw you a road!"

The girl was on a mission! First she found paper and a pen, then sat down at her little desk and drew me the map you see here (her daddy helped her label it later) and brought it to me and pointed out various important things:

"Here is the beach. And here is KMaht, and here is Wa'Maht." I was honestly surprised at how well she did. This was a map with intersecting lines, not the jumble of scribbles that I was expecting. Someone told me it was amazing that she even understood the concept of mapping (and of course I lapped that up!) but we've come to expect this sort of thing from our princess.

This is a more recent story that ties in with the above. Yesterday, Bella discovered five pennies on my desk and asked if she could have them. Of course I said yes (after all, I'd put them there for just that purpose) and she told me she was putting them in her can for the beach. Then she told me, again, that I should go someday. Hilarity ensued as we discussed whether or not I really should. Would I really like it? Should I start saving for it? Eventually, she convinced me, and I promised her I would start saving for it right away.

There are well over a million words in the English language. Not one of them, nor any combination, can adequately describe the joy on that precious face or the love in those beautiful brown eyes as she carefully opened her hand, plucked out one of her pennies, and handed it to me.

"There. Now you have one money for the beach."

Whatever You Do, Don't Drop The Balls

How To Restore Vintage Cast-Iron Cookware

This is what I mean when I say we have precious moments. When we are fed up with some thing,down and out, just recall these precious moments.You will feel warm and your eyes will turn misty-because you are happy to remember.

What a lovely story. The next time she does her stance please video it and share, you paint a wonderful picture but this has to be worth seeing for real. Didn´t she do amazingly well with the map?

You've got a smart granddaughter. How enviable.

your grand daughter is so cute and a darling, she must be a genius when she grows up

Kids: they're such an odd blessing... or not! It partly depends upon their individual personality. Some kids are dynamos of energy, while some are more cerebral. I try to adjust for my grandchildren to assist in developing a bit of gentle and quiet in their makeup. It sometimes seems like a losing battle, but hopefully I'm making some progress.

Moments with children are indescribable, as we only have so much time to be with them. Wonderful memories of the little ones with so much joy. I have one grandchild, boy, 10 months old. I'm so happy for you! BeckyWiegers

Those are wonderful moments you will never forget. The map is good also, she does understand what you need to do to get somewhere.

She sounds like a granddaughter you can really be proud of.

I would if I could - problem is, she is an absolute ham and if I pull out a camera the whole dynamic will change. I'm afraid words will have to do. And, yes, I thought she did very well with the map.

Thank you. I don't know about the genius thing, but she is wonderful and I love her to bits!

They are! Your greatest joy and greatest sorrow, all wrapped up in one package. You sound like a good grandpa!

The time is so fleeting... and, yes, filled with so many little, joyous moments! I'm happy for you, too!

I hope I never forget which is one good reason for writing them down. Oh, she does understand - and from the time she was big enough to see out the car windows she could tell you which way to turn to get to where you were going. Smart kid.

Thank you! I am proud of her and love her beyond all reason.