AliCanary Tells the Truth about All the Lies 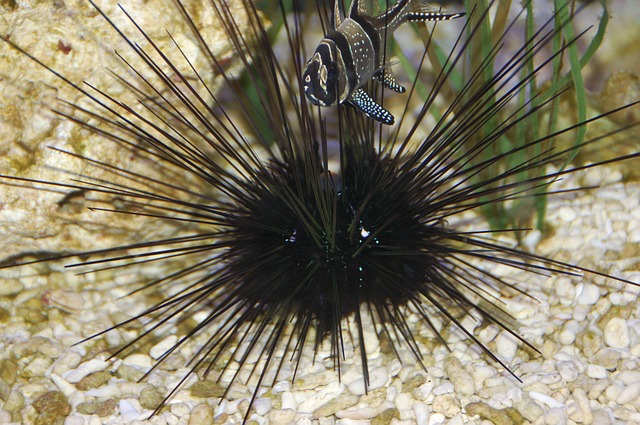 Yes, I ate a sea urchin. Let's just get that out of the way, now.

It's not even that weird, actually, despite what everyone thought. Raw sea urchin, or uni (OOH-nee), is a common staple at sushi bars (in real Japanese restaurants, not the Chinese buffets that have "sushi"). It's one of the more expensive sushi offerings, but I had it once when I worked at my first restaurant job, which was at a Japanese place--the one where I met my husband, actually. I only had uni the one time, though, but not because of the price. Actually, it was because although it tasted fine, the texture was too slimy and squishy for me to ever have to deal with again, thanks.

If you don't know what the hell I'm talking about, go read this article ; I'll wait.

You back? Good; let's continue.

Just in case you kinda do know what I'm talking about but just want to see the twotruthsonelie again, here are the ones that have not yet been revealed, with the answers:

LANGUAGES - no one got this right, probably because no one Googled Urdu to see that it was, indeed, a real language.

1. I can speak some Hindi - despite being spoken by exponentially more people than both the other other languages put together, this is the one of which I am, sadly, totally ignorant.

2. I can speak some Arabic - Taught by my friends from Morocco, I know how to count to at least 9,999 and to say many simple phrases, such as 'how are you', 'thank you', and 'goodbye'. I also learned to write my name in Arabic script. Moroccan ( Magreb ) Arabic sounds different from Egyptian, which is the standard dialect, but most people can understand.

3. I can speak some Urdu. Not a lot, but a friend from Pakistan taught me how to say 'how are you' and 'I'm working like a dog' - actually, 'a pack of dogs', whom I'm sure work harder. One of my friends from Nepal also speaks Urdu. I never learned how to say anything in Nepali, weirdly enough.

FRIENDS- no one go this right, and I'm surprised so many people specifically guessed that I don't have a friend from Serbia--I have several, in fact.

1. I have a good friend from Ethiopia - one of my best friends is from Ethiopia. We worked together at Marriott, and he still works there.

2. I have a good friend from Greece - I don't know anyone IN or FROM Greece. Not even Facebook friends.

3. I have a good friend from Serbia - I have two friends from Serbia "in real life", and I have about half a dozen more Facebook friends who are Serbian.

1. I have eaten alligator meat - I had alligator sausage at Hyman's Seafood restaurant in Charleston, South Carolina, and it was delicious.

2. I have eaten a sea urchin - see above

3. I have eaten monkey brain - allen0187 correctly called this out as the lie, although he used the word "yet", and I just want to clarify how unnecessary that modifier is, because I will not ever, ever, EVER willingly eat brain of any kind.

30-Day Song Challenge, Day 29 - A Song from Your Childhood

Sea urchin is delicious - and you can use the spines to pick your teeth afterwards!

I have eaten sea urchin three times, two in sushi (once in Japan) and once right out of the sea. I don't care much for it any way. Tastes like urine to me, and I agree with the sliminess/gloppiness. UGH.
I have eaten calves' brains, but never monkey brains. Alligator meat was eaten fresh in Louisiana.

I think I need to finish my other two stories/explanations, (already wrote about the lie/President Reagan) then I am going to do another.
I agree this is a lot of fun learning about others.

You must be sensitive to the iodine, in which case I wouldn't recommend eating octopus, either. I wonder if I would be totally cool with cooked sea urchin--never tried it. The weirdest thing I ever ate wasn't even listed on this challenge, believe it or not. I should probably make a post about it.

I eat octopus and squid regularly, but uni....blech...

I did think it was pretty good, as far as taste goes. But texture, unfortunately, is also very important (appearance matters, too--to be honest, the stuff looked like dog poop)!

It's really just a matter of coincidence because I worked at a hotel that had a lot of immigrants working there--that's where I met my friend from Ethiopia, as well as the Moroccans who taught me Arabic AND the Pakistani who taught me Urdu. I also made friends from Senegal, Sierra Leone, Algeria, El Salvador, Venezuela, England, Bulgaria, Nepal, Bangladesh, and Mexico, there.