I Tried to Meet President Reagan 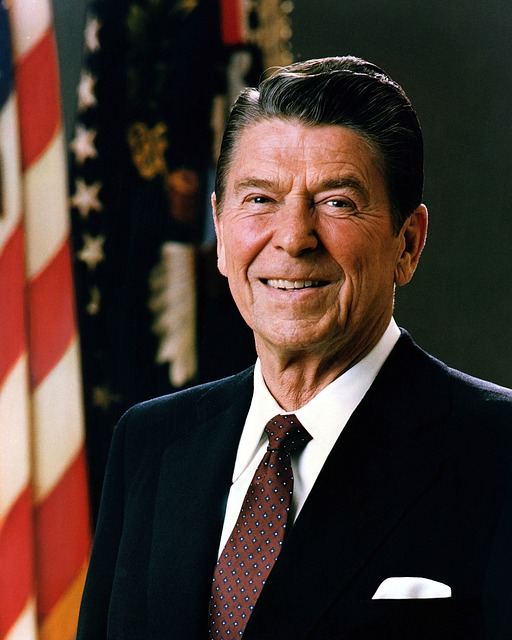 Last week, I accepted a challenge to see if I could stump my readers with two truths and a lie. It seems that I did so (see the links below), though as the stories are revealed, one might say that I was a bit sneaky; others will agree that I was creative.

One of the statements I shared was that I had met President Ronald Reagan, 40th President of the United States. I am sad to say that I did not have the honor of doing so, though I did try to make that happen.

I grew up knowing of this man, and he was one whom I admired greatly. He was the Governor of California from the time I was 11-years-old until 1975.

In anticipation of my high school graduation in 1972, I mailed the Governor one of my graduation invitations. Somewhere in a box in storage, I still have a letter of congratulations signed by Governor Reagan.

I joined the Air Force when he was still the Governor, and his term ended the same year I was released from active duty when I was pregnant with my daughter and in a marriage that was nothing short of youthful craziness.

It was clear that Reagan already had his eye on the Presidency, though his 1976 campaign was unsuccessful. I had my eye on returning to military service (the Navy on my second go-round), joining the Reserves in 1976 and the regular Navy in 1977.

I was thrilled when his 1980 Presidential campaign was successful, as well as his run for reelection. He was my Commander-in-Chief, and I was proud to serve in uniform with him as President.

In 1983, I was up for reenlistment and I had this brilliant idea. I wrote the President asking if he would do the honor of reenlisting me. I don't think I ever really thought it would happen, but I did secretly hope it would. I think I did expect a personal letter from him, as idealistic as I was in my 20s.

I received some obligatory reply from some under-Secretary "regretfully inform(ing)" me that it was not possible, though the President wished me the best. My heart sank a bit, and I threw the letter away in the trash.

Never did I have the opportunity to meet him, though I played in a Navy ceremonial band in September 1987 in Detroit, Michigan for a papal visit from Pope John II. Reagan's Vice-President, George H.W. Bush, was also in attendance.

President Ronald Reagan was President until January 20, 1989, when George H.W. Bush became the 41st President. I left the military in November that same year.

One wish that I have had in my life that I was never able to make happen was meeting and saluting President Ronald Reagan.

"I know in my heart that man is good. That what is right will always eventually triumph. And there's purpose and worth to each and every life." ~ Ronald Reagan

To read about the Two Truths and One Lie writing meme:

Two Truths and One Lie--Writing Meme

Interesting attempts there, Coral. I know very little about US presidents. We have had some interesting labels for some of them down here over the years though.

I'm sure you have had some labels for many. Perhaps, over that coffee sometime, you will share. LOL
P.S. I appreciate the email. I've been remiss in answering much of anything. Been a very rough week physically. Not sleeping much, and no energy to do much. Even tonight, it is now 4 a.m. and no sleep. Thank you for putting up with me, valmnz ! Hugs.

I have not met any serving Presidents too. Anyway I do not want to meet them.

Other than President Reagan, I have not yearned to meet any.

I saw Bill Clinton once, while he was campaigning for Hillary in 2008. I got close enough to shake his hand, but so did about a thousand other people at the same time, lol.

I was among the thousands of people who saw Ronald Reagan's casket at the Reagan Library when he passed away, and I've visited his grave a couple of times since then. But that's a story for an article of my own. Here it is: http://www.personapaper.com/article/27569-a-brush-with-history---the-passing-of-ronald-reagan---a-mostly-non-political-remembrance

I have seen President Carter twice. Once close up when he was running the first time and the second time when he stood up at a Braves game. Also saw President Reagan. Years ago it was easier to get a good look at the President but today's security is so stringent that you don't want to be anywhere near President Obama or President Bush with all the traffic and mobs.

Still waiting for the convent story...I never yearned to meet a President, although this reminds me that I have a near-miss story that might actually be worth telling--to Republicans anyway.

I did stumble into the crowd that was more or less staged to cheer a presidential parade. For once in my life I found myself at the very front of a crowd, not behind a lot of taller people! How it was staged: in order to get throngs of Washingtonians to cheer for George H.W. Bush, the parade passed a busy Metrorail station at rush hour, and after standing in the chilly air watching the rest of the parade everyone was honestly delighted to see the end in sight, regardless of politics. How I got to the front: Aunt Dotty with the strange taste had just sent me a winter wool coat that looked terrible on me, but it just happened to match the one the new President was wearing.