30-Day Song Challenge, Day 27 - A Song that You Wish You Could Play 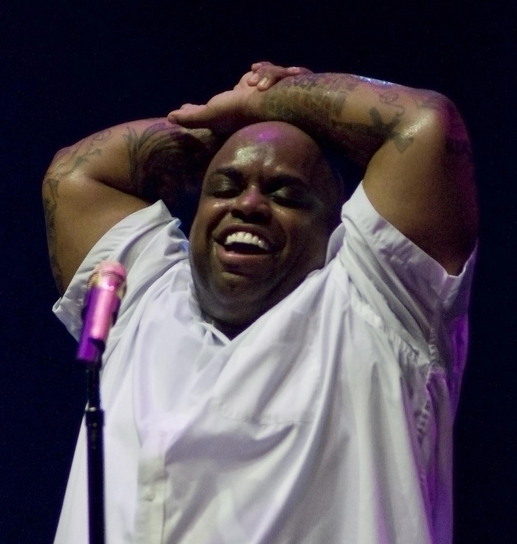 So, as I mentioned in the last entry, I can play piano a little bit, but of course I would like to play guitar, because not only is that portable and handy in its acoustic form, it’s also pretty badass in its electric form.

I can imagine being a guitarist in a popular band and playing a song that has a very distinctive intro—a well-known and -loved song that would start the crowd cheering wildly as soon as they heard the opening chords, like Devo’s “Girluwant”, “Float On” by Modest Mouse, “Hotel California” by the Eagles, or pretty much anything by Cheap Trick.

But what’s really cool about knowing how to play an instrument is being able to make your own versions of songs, and, to that end, I wish I could play the song “Crazy” by Gnarls Barkley, a duo featuring Cee-Lo Green, one of the judges on the TV show The Voice (like American Idol, but way cooler). It’s one of my favorite songs—heck, that whole album is amazing, and you should buy it—and even though I love the original, I have an idea about how to make a slower, acoustic version, but since I can’t play guitar, I can only sing it, so as a song, it’s incomplete. I sure wish I could play guitar!

Watch the amazing video for "Crazy"

Day 26 – A song that you can play on an instrument

In Pursuit of Smoothness

I love playing and singing (to myself, of course, or even only in front of my wife) that way. I've always been a huge fan of "unplugged" stuff, so when I have a few free minutes I'll pick up my acoustic and take a stab at any of my favorites (Staind, solo Aaron Lewis, Alice In Chains, Nirvana, STP, Soundgarden- the list could go on and on) and strum and hum away.

This is like a great catalogue of 90s music! I'd love to hear an acoustic version of "Black Hole Sun" or "Man in the Box".

I hadn't realized that Cee-Lo Green was part of Gnarls Barkley. I do like that song a lot, though. I'm only so-so on the album, though.

Oh, Man, Man in a box- what I wouldn't give to go back to those times now and then...