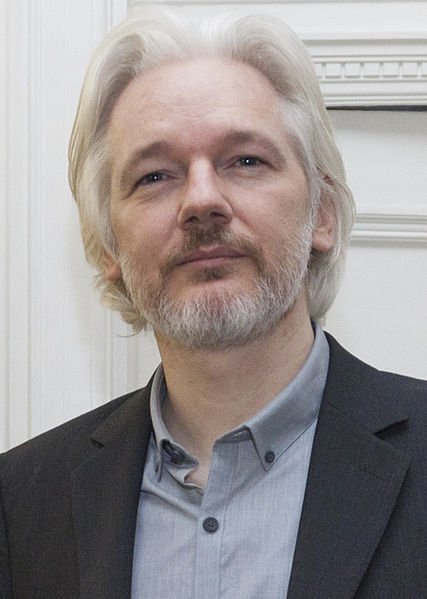 Recently there has been an ongoing public awareness of Alex Gibney's documentary "Going Clear The Prison Of Belief" which is about the Church of Scientology.

I haven't seen it and don't have HBO so I won't see it on March 29th. Apparently it will be shown when The Game Of Thrones is usually broadcast.

This post is about Alex Gibney's documentary "We Steal Secrets: The Story Of WikiLeaks".

It is fast paced and moving. About half an hour is given to the story about Bradley Manning, the 19 year old who divulged US military classified information to WikiLeaks. This act was championed by pacifists, yet was illegal. And this boy is spending his life in prison.

He is small - and a bit feminine. I don't want to think about his life there.

This Netflix broadcast documentary goes on to review the arrest of Julian Assange on sexual abuse charges. Backed up by two mature women who slept with him but didn't avoid sex without a condom...?

Was this the typical "honey trap"? Who knows.

This is an intriguing and well balanced documentary. Offense against more than the US. Yet but no charges filed except for the possible "honey trap".

I certainly don't know. But it's a gripping film!

The Sodomite Suppression Act of 2015

ScarletRose It moves along well!

Can't say an opinion as I have not seen the film.Will try to see the documentary.A very interesting case.

I have heard of Scientology, but do not know much about it.

Yes, I believe that this was a honey trap. I have not seen the film, but it sounds interesting.

arthurchappell The scientology doc will show on HBO March 29th. In September it can be viewed on vimeo.
The Wikileaks doc is pretty interesting - in fact Wikileaks has a 600+ page pdf on Scientology materials anyone can download from their site. Not sure how readable it is though.

scheng1 Unless you have family or friends trapped in the cult, I expect theWikiLeaks doc is more interesting. I want to watch the one on Enron as well.

LadyDuck I suspected it was a honey trap the second I heard about it. I thought it was really lame! However, it has him trapped but not unconnected.

Definitely do not have anyone trap in the cult. I guess I better not be so curious, just in case I get trapped.

I didn't finish the movie with Benjamin Cumberbatch playing his part. I'll have to get back to it sometime and then watch the doc...