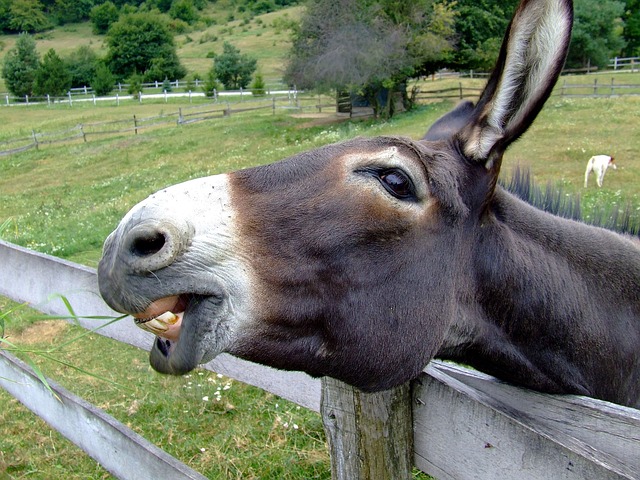 Those of you who are participating in twotruthsonelie know that within a couple of days after posting, you should reveal which "fact" you wrote about yourself was less fact-y and more actually a big, fat lie.

However, I am so besotted with this game that I went hog-wild and entered two truths and a lie in each of FIVE different categories--Animals, Jobs, Languages, Friends, and Food. People were invited to guess at as many of the different categories as they wanted, and I told people who did guess how many of their guesses were correct, which hopefully intrigued them and possibly gave some clues to others who might care to puzzle it out before the reveal.

You can see that article here , if you haven't offered any guesses yet and you want to play along.

Yes, you CAN still play along, because I am only going to reveal the results of the Animals category right now. The offerings were, as follows:

1. I have ridden an elephant

2. I have ridden a donkey

3. I have ridden a camel

As Wolfgirl569 surmised correctly, the lie is that I have ridden a donkey, and she was also correct as to why: It's too common. Well, that's not why I haven't ridden one; that's why I included it--to throw people off (I'm evil like that). Ellis and Kasman both joked around about my riding an elephant, but they were joking about something that really happened: When I was a little kid, maybe about 9 or 10 years old, my dad took me to the circus, and after the show, we noticed that they were offering elephant rides. My dad and I are both fearless--we went on our first corkscrew roller coaster together! So we didn't miss our chance to ride a very large elephant, although it was less comfortable than I imagined. Although elephants look very well padded, sitting astride a pair of giant moving shoulder blades can make for a bumpy ride.

As an Adult, of course, I know better than to support a circus who mistreats their animals, as Ringling Bros / Barnum and Bailey does, especially their elephants, and I have never gone back to one of their shows. They recently announced that they would phase out the use of elephants in a few years, but I think they should stop immediately . In the mean time, I'll go to Cirque du Soleil, because at least I know the PEOPLE want to be there!

Less controversial is my camel ride. A friend took me to the renaissance faire a few years ago for my birthday, and we took advantage of the opportunity to take a camel ride. There was a saddle on the camel, which made it more comfortable, and the animal seemed extremely relaxed, which made ME more comfortable. All in all, it was a fun experience!

Want to play? These categories have not yet been revealed, so feel free to hazard some guesses!

1. I was a snake handler

3. I was a volunteer firefighter

1. I can speak some Hindi

2. I can speak some Arabic

3. I can speak some Urdu

1. I have a good friend from Ethiopia

2. I have a good friend from Greece

3. I have a good friend from Serbia

1. I have eaten alligator meat

2. I have eaten a sea urchin

3. I have eaten monkey brain

30-Day Song Challenge, Day 24 - A Song that You Want to Play at Your Funeral

Nightmare Tenants - A Look at Things from the Landlord's Side

You have definitely had some "interesting" rides! I haven't tried this challenge yet but I've read several by other writers and enjoyed them. I'm glad to hear you are against elephent rides, etc. I hope all circus animals are eliminated from zoos in the near future.

I see I've jumped back in here in the midst of some good fun. I'm afraid you would have stumped me here.

There is something very wrong about animals being made to perform...

Me, too--there are plenty of very talented people who can make the choice to perform in a circus--animals needn't be forced to do unnatural things. I don't feel bad about the larger, more reputable zoos, though--they do a great job of caring for their animals and put the focus on education and conservation--many, such as my local one, the North Carolina Zoo, are involved in programs that help animals who are still in the wild, as well. Our zoo actually was able to take polar bears that were impounded from a small traveling Mexican circus some years back. POLAR BEARS. In a MEXICAN CIRCUS. Makes your blood boil, doesn't it? The small zoos that just try to make a quick buck from animals suffering in small cages need to be eliminated.

Hey, there! I'm glad you're back--I missed you!

If it's animals who are clearly having a ball, like dogs, or intelligent animals who enjoy the stimulation, like parrots, I think it's cute and fascinating, but the video that was taken of elephants being beaten with iron rods at Ringling Brothers made me want to hold those people down and pull out their eyelashes one by one with hot fireplace tongs.

I have not tried this challenge but admire your dogged approach.

I wouldn't think that donkeys liked being ridden anyway. It might be dangerous.

Lol, yes, I guessed the donkey too, because of it's size as much as anything, but also because I've ridden an elephant and would love to ride a camel - how's that for logic