A Wee Limerick and a Few Irish Jokes for St. Patrick's Day 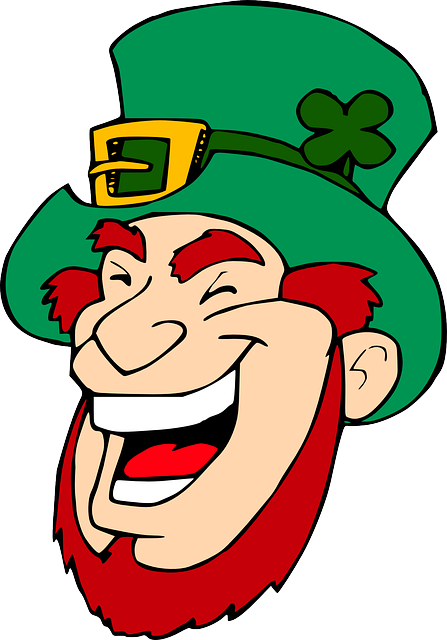 I can't compete with the wonderful Irish and St. Patrick's Day-themed limericks that are already out there, but since I am a foine Irish lass meself and can't resist a wee bit of silly verse, here is an original Irish limerick for Saint Patrick's Day:

There was a young laddie from Kerry

Who labored all day in a dairy

But he'd head to the pub

The lassies sniffed once and got airy

Okay, that one was crap; how about this one:

O'Shaughnessy declared that his wife

Determined to cause him much strife

She fussed and she moaned

So he never came home

There's a lady who's got a good life!

Eh, that one was crap, too? Well here's some stuff that's actually funny, then courtesy of the hilarious website www.abitoblarney.com :

Murphy told Quinn that his wife was driving him to drink. Quinn thinks he's very lucky because his own wife makes him walk.

An American lawyer asked, "Paddy, why is it that whenever you ask an Irishman a question, he answers with another question?
"Who told you that?" asked Paddy.

Reilly went to trial for armed robbery. The jury foreman came out and announced, "Not guilty."
"That's grand!" shouted Reilly. "Does that mean I can keep the money?"

Irish lass customer: "Could I be trying on that dress in the window?"
Shopkeeper: "I'd prefer that you use the dressing room."

Mrs. Feeney shouted from the kitchen, "Is that you I hear spittin' in the vase on the mantle piece?"
"No," said himself, "but I'm gettin' closer all the time."

Finnegan: My wife has a terrible habit of staying up 'til two o'clock in the morning. I can't break her of it.
Keenan: What on earth is she doin' at that time?
Finnegan: Waitin' for me to come home.

Slaney phoned the maternity ward at the hospital. "Quick!" He said. "Send an ambulance, my wife is goin' to have a baby!"
"Tell me, is this her first baby?" the intern asked. "No, this is her husband, Kevin, speakin'."

And here's one I heard long ago that still makes me giggle:

Q: What's Irish and comes out in the spring?
A: Patio furniture (Paddy O'Furniture, get it??)

By the way, sure'n you knew this already, but a limerick is particularly appropriate way to celebrate an Irish holiday like St Patrick's Day, considering it takes its name from County Limerick in Ireland. Erin go bragh , y'all!

Irish Skin that Glows in the Dark

I remember Data (Brent Spiner) reciting a bit of a bawdy 24th Century limerick, which was interrupted by an admonishing Capt. Picard:

"There once was a young lady from Venus
Whose body was shaped like a....."

(Or was it Riker who stopped Data from going further? I can't recall.)

I think your limericks were much better than the jokes! I hope you have a very Happy St. Patrick's Day!

I don't remember, but that would have been in character for either of them. Data was so funny!

Thank you! I had a pretty good time--I taught my Drawing class that night and regaled my students with a story about my father, a professor at WVU, who once arrived at school on St Patrick's Day and realized he hadn't worn a stitch of green. He frantically searched through his desk and found a green magic marker. When he walked into class, everyone did a double-take when they saw my dad, with his grey mustache colored green!