30-Day Song Challenge, Day 20 - A Song that You Listen to When You’re Angry 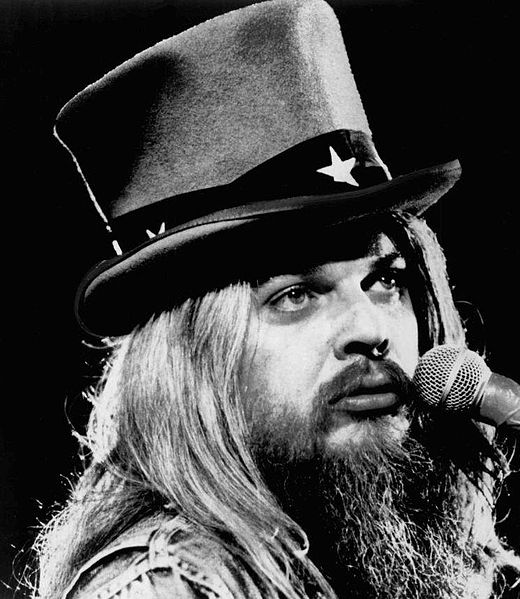 I do get angry from time to time, but rather than listen to something hard that would magnify my vile mood (although that’s a strategy that can work, if it helps you vent), I would choose a good song that can chill me out and give me a nice attitude boost. That song is “Anything Can Happen”, from the 1992 CD of the same name, by Leon Russell. Now, Leon has had a very eclectic, and sometimes trippy, musical style in the past (his only commercially-successful singles were “Tightrope” and “Lady Blue”, back in 1972 and 1975, respectively), but this particular album had a tighter, more contemporary sound. And yet, although it failed to chart, I have enjoyed it quite a lot, particularly the title track.

This song has a pretty, light jazzy sound to it, with a sparkling piano and orchestration that contrasts well with Leon Russell’s earnest, slightly nasal rasp. He really captures the sympathetic tone in this song, which acknowledges that even in your darkest time, you should have hope, because anything can happen. It’s a very uplifting piece; one that I enjoy in any frame of mind, but one that can serve as a gentle reminder and pick-me-up when I’m feeling in a funk.

It seems kind of funny to have a go-to song for when I get angry, but I guess a song that makes me happy would be the right antidote. Music really does have the power to soothe ruffled feelings and make me feel better!

Unfortunately, "Anything Can Happen" apparently wasn't a big enough hit to make it to YouTube, but here's a very cool clip of Mr. Russell singing "A Song for You" at his induction to the Rock and Roll Hall of Fame

Day 19 – A song from your favorite album

30-Day Song Challenge, Day 19 - A Song from Your Favorite Album

30-Day Song Challenge, Day 21 - A Song that You Listen to When You’re Happy

You certainly have listened to a wide range of music.

I hardly have the mood to enjoy music when I get angry.

It's true--you can find everything from Beethoven to Rob Zombie in my collection.

I know what you mean, but it can help, sometimes.

That was nice and mellow. It didn't sound familiar, but at the same time, it sounded like I'd heard it before.

I think it has been recorded by other people. Maybe Billy Joel?