What Shall We Do with Your Body? 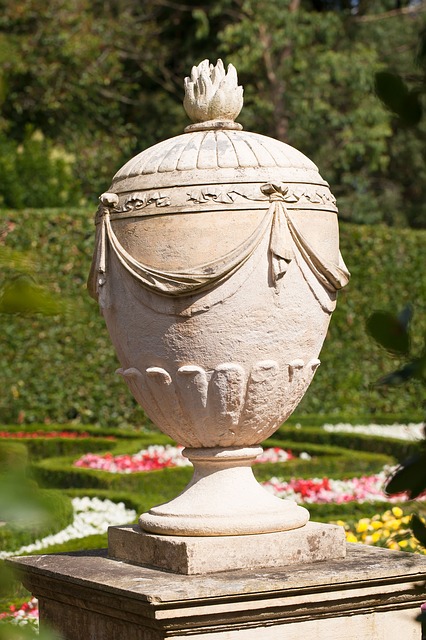 This post by Feisty56 is about the various rituals associated with the death of a loved one and discusses her feelings about viewings, funerals and the like. JeanC commented that she would like to have a fun wake, over which her mortal remains would preside in an urn on the mantel, next to a slice of pizza. That made me wonder how everyone would like to be honored--or disposed of--after kicking the bucket. Funeral or wake? Burial or cremation? Big fat party, or somber remembrance? Or a somber remembrance followed by a big fat party? And if money were no object, would you want to go big, like to be shot into space, buried at sea, or cryogenically preserved?

My dad's people were always interred, but my mom's were cremated. She died before my father and was cremated, with a memorial ceremony and then kind of a punch-and-cookies mixer afterward at the church. My dad purchased one cemetery plot, with the plan that he would be buried as customary, but that my mom's ashes would be opened and spread over his corpse so that they could commingle as he decayed.

That was kind of romantic. Yucky, but romantic.

Even after Dad remarried, he kept the same plan, but when he got cancer and was about to die, he edited his wishes just slightly, asking to be cremated, whereupon his ashes would then be commingled with my mom's right away--no rotting necessary. I thought that was a better plan, and upon thinking about it, I am sure that it would have been terribly wrenching for me to have to actually physically scatter Mom's ashes over Dad in his coffin. Fortunately, the mortuary took care of the commingling part, once Dad was cremated. They now rest forever together in a large urn that was interred in the cemetery plot. My dad was a veteran and received a military funeral.

As for me, I don't want to take up any space--just cremate me and scatter my ashes in the flower beds of Rittenhouse Square, in Philadelphia. That's where my heart is, so I figure my kidney, lungs and spleen can join it!

Coffee or Tea? Not the Drink; the Container!

I just wanted to drop in and let you know that I have read this, but it caught me at a tough time today, so I am not sure just how to respond.

I do have just one request...please ask my family for a teaspoon of my ashes to take with you to that Nelly/Paris concert, would you?

Pinkie swear. I will commingle it with the ashes of a wig and a fake nose.

Cremation seems a neat plan as with space being a constraint soon it should be made mandatory.

I have told my son to get one of those tree pot urns that I have seen advertised a little. You ashes are put in the pot with a tree sapling that can be planted

I was born with complete body parts. By the time i am going to die, i want to return all my parts to God. I will request if possible do nit remove my internal organs.

My late husband was cremated and I know my daughter wants to commingle our ashes when I die too. After 11 years I feel my hubby´s ash´s are just that now, but he is with me in spirit.

AliCanary Very nice post! I would go for cremation as well, but from an energy standpoint what is more environmentally safe cremation or natural decay?

gee, you even thought about what to do after death, I can't think about it yet, too scary.

When my niece passed away, there was a little back and forth about how to honor her, since she was an atheist. They decided to have her cremated, and then invited everyone to a memorial picnic next to her favorite lake at a park near where she had lived. A couple hundred people came, and while it was somber for a picnic, it was less depressing than a traditional funeral. Because she loved the dolphins and the ocean, they later scattered her ashes in the Pacific Ocean, some near the Channel Islands (not far from Santa Barbara), and the rest off the coast of La Jolla (near San Diego). They asked that anyone wanting to make any charitable donations in her name, to give to the Monterey Bay Aquarium. It was very appropriate for the person that she was.