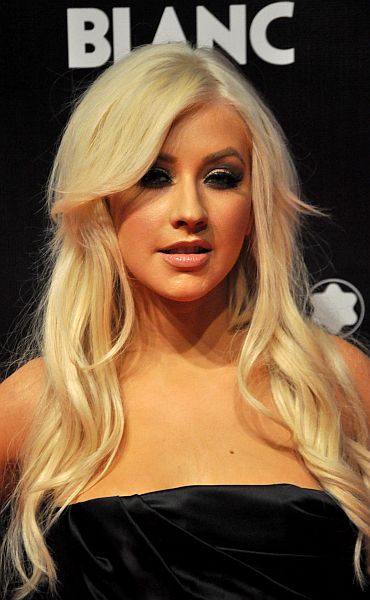 At about this same time last year, I was out running errands, listening to my local pop station, and the DJ was filling up time between songs by talking about how Christina Aguilera had become engaged on Valentine's Day, and then it has just come out that she is pregnant. "Now that's a great way to start a marriage," he snarked, "With the pressure of having to get married because you're pregnant,"

And I thought, WHAT? Okay, first of all, Christina Aguilera is a THIRTY-THREE-YEAR-OLD WOMAN (34, now). She's not some 16-year-old who's gonna have to drop out of high school, okay? She already has a child, even. And seriously, these days it's so common for people, celebrities and non-celebs alike, to have their kids before marriage--or completely outside of it--that this kind of thing is charmingly old-fashioned.

Not too much longer after, this judgmental fellow also informed us that Demi Lovato, who used to date Joe Jonas of the Jonas Brothers, is touring with Nick Jonas (who is now a solo artist). "If she wanted to get back at Joe," he snidely suggested, "This would be the perfect opportunity."

AARGH! Again my eyes rolled so hard I almost gave myself an aneurysm. First of all, Demi Lovato dated Joe Jonas for literally a MONTH, as she had recently clarified as a guest on the Chelsea Lately show (I miss that show!). Get back at him for what? They didn't have a serious relationship, and obviously parted on good terms. But Demi and Christina weren't the only subjects for snarky dissection--he went on to bash Lordes and Taylor Swift, as well.

Why does this silly DJ feel the need to be so gossipy, and all of it so negative? I'm thinking it's actually not his personal opinion, though. See, most pop radio stations these days are corporate-owned by such giant companies as I Heart Radio and Clear Channel Communications, and these entities make sure that each local station follows strict programming guidelines, like pre-approved playlists. So many of these stations play syndicated shows like Ryan Seacrest, et al, that's it's kind of rare to even hear actual local DJs, any more, and I suspect that there is so much micro-management that the DJ I was listening to wasn't coming up with his own snark, so much as reading snark from a corporate script.

The real question, of course, is why they think people want to hear all this negativity and sneering about the very pop stars that are bringing these stations their listeners. Seems pretty stupid to me!

30-Day Song Challenge, Day 14 - A Song that No One Would Expect You to Love

30-Day Song Challenge, Day 15 - A Song that Describes You

That's why I still listen to CDs (yes, I'm an old fossil) instead of radio when I want to hear pop/rock music. (Radio-wise, I still get much of my classical music "fix" from the airwaves simply because radio stations have a wider selection of music than my CD collection; there's no DJ snark on classical stations, either.)

My daughter started listening to the local pop radio station back in the summer, so now all she wants to have on the radio when we drive to and from work is this radio station and it happens to be switch over to Ryan Seacrest at the noon hour.

I have left off those celebrity news for ages, can't be bother about them. I prefer to hear their news over the radio, if I happen to switch it on

I can generally tune out the blah-blah, but this seemed unnecessarily asinine and judgmental (as though there might be some "necessary" amount).

It's hard to get away from Ryan Seacrest, lol

I prefer music to talk, so I usually look for whichever station is doing the least of that!

I get the feeling that much of the "snark" out there reflects (a) a dumbing-down trend among on-air talent and (b) a perception by DJs that "controversy" and negativism help ramp up their ratings.

Either that, or our culture is getting coarser with each passing year.

got that right, he just likes to be in the spotlight, LOL

I think a lot of DJs want to appear "cool" and on top of everything and a lot of people like to hear what they have to say, gossipy or true or not. Lots of DJs are just gossipy and trying to be funny, especially when they have no real talent themselves.