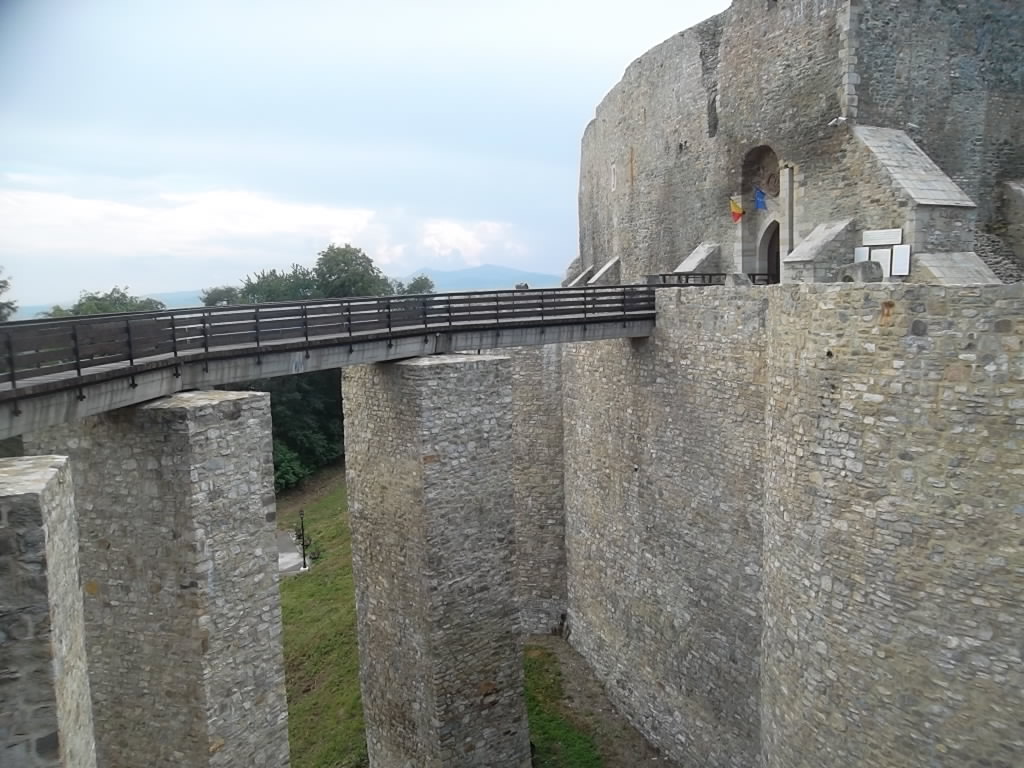 The photo above, which is taken at the proximity o the entrance to the mighty Neamt Citadel, one of the symbols of Moldavia, illustrates one of the aspects which impressed me the most when I visited the fortress last year : the fabulous archway bridge built on 11 stone pillars, which led to a drawbridge that represented the only entrance to the citadel.

Seen from below the view of the archway bridge and its massive pillars is overwhelming, and once you pay your entrance fee and start walking on the pathway leading to the entrance your admiration for this engineering wonder of the Middle Ages can only increase, and your mind probably travels back in time as you can imagine the useless attempts of invaders, such as Turks, Hungarians, Poles or Tartars, to gain access within the citadel walls without paying any entrance fee!

Many of those individuals found their demise at Neamt Citadel as the mighty fortress resisted all the sieges, and the splendid archway bridge played a significant part in the successful defense of the citadel. I guess that, besides the invaders who died by the Moldavian swords, there were also those who fell off the bridge to a quick, almost sudden death. Luckily those troubled times are over and the only visitors who cross the archway bridge are tourists for whom the first contact with the citadel is through this huge and even a little scary archway bridge!

I Have Reached a Milestone, but I Feel That My Persona Paper Journey Has Barely Started

Spring Fatigue Is Making Its Presence Felt These Days

Our tour conductors see to it that we get to see such wonders no matter which country it could be and there are many in every country.
Those pillars do look formidable.