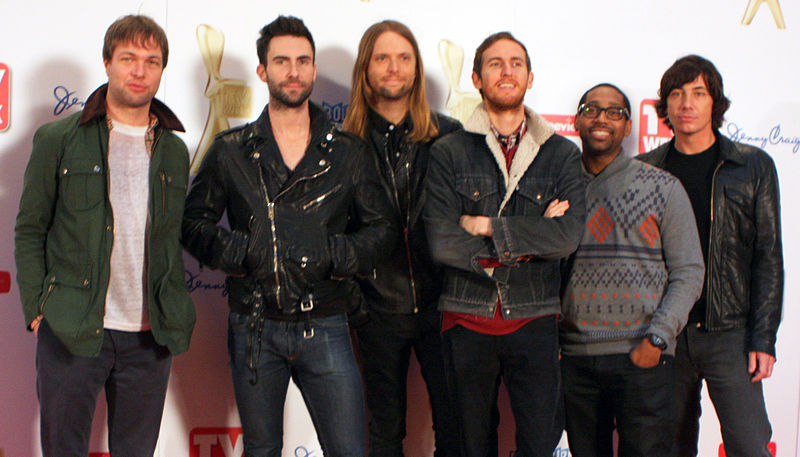 One of the most fun experiences I have had was going to Washington, DC in October, 2010, for The Rally to Restore Sanity and/or Fear, put on by Jon Stewart of The Daily Show and co-hosted (or counter-pointed, if you will) by Stephen Colbert of the Colbert Report. A friend and I made the six-hour road trip to Washington and back, and on the way, we sang along to the Maroon 5 CD, “Details”, which was newly-released at the time.

That’s a fantastic CD in general, and indeed, it stayed in my player in the car for many months before I changed it out for something else. The lead track on the CD, “Misery”, is an incredibly catchy song, and just perfect to blast and holler along to on a fun road trip with a good friend, so “Misery” by Maroon 5 is my pick for something that reminds me of that fun event. The funny thing is that there were several musical guests at the rally itself, including John Legend, The Roots, and Ozzy Osbourne, all of whom I’m crazy about—but I don’t associate their songs with the event because they were performing stuff I had heard before. Plus, I’m pretty sure that over the course of the trip, we probably played “Misery” about a dozen times!

Day 06 – A song that reminds of you of somewhere

30-Day Song Challenge, Day Six - A Song that Reminds You of Somewhere

I have so many songs that remind me of people, places and events from the past

I have my Maroon 5 CD somewhere in the recesses of my car. Need to dig it out.

Music i a special thing it can take us back in time and remind us of so many different things.

It's amazing how we can really pin a song to a place or person or time.

Yes! Play that thing and rock out! Maroon 5 is such a great band.

Memories of songs are so strong, for some reason. Just like scents!