30-Day Song Challenge, Day Five - A Song that Reminds You of Someone 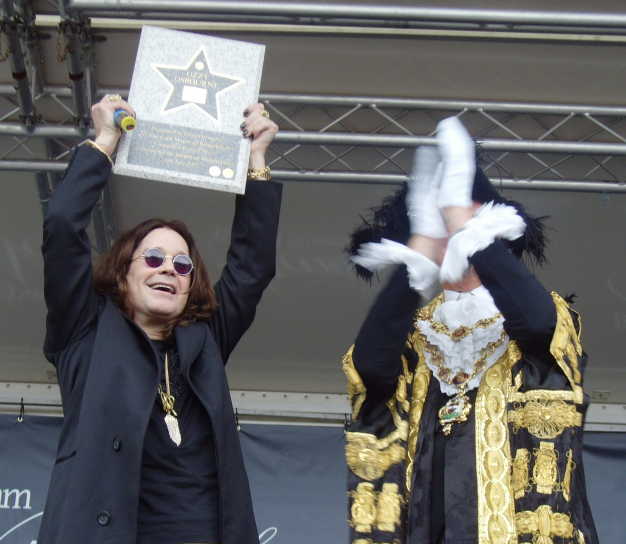 I was just listening last night to a song that reminds me of someone, although it’s not a good memory. When I was in high school, I hung out with a boy named Sean who had some issues. He had a tendency to do things for shock value. For example, he was a very talented artist, but he liked to draw things like decapitated heads and demons, and he listened to heavy metal music and wore black, and that sort of thing. All kind of typical stuff for a high school kid trying to push the envelope, I suppose. These days, people would probably think he was going to be one of those school shooters, and there were rumors, of course, that he was a devil-worshipper and such, but I think that was basically just kids amusing themselves.

Why was I friends with this dude, anyway? Well, I’m a pretty good judge of character, and it was clear to me that he was putting up a front. He was kind of funny-looking and just rather awkward, socially, so he was trying to create a sort of persona that people would at least remember, if not like. Underneath all that crap, he was smart and nice, and he could be very funny, too. And I wasn’t too interested in toeing the line, myself, so I basically just made friends with whomever I wanted. Was I popular? Nope; if it meant sniping about people behind their backs, I had no use for it.

So I listened to some of the stuff he was into, as did a few other of our friends. We liked Ozzy Osbourne, especially, and I really liked his classic stuff the best, from the first couple of albums (Randy Rhodes era, I guess you would call it). But being friends with Sean had its issues. Like I said, he would act out sometimes. One night we were talking on the phone, and he said he was thinking about committing suicide. Now, as I said, I knew he was no threat to others, but I wasn’t sure he wasn’t a threat to himself; he did go to a dark place now and then. It was a pretty tense conversation. I did what I could, teenage psychologist that I was, and when he at last said his mom told him to get off the phone, I extracted a promise from him that he wouldn’t do anything…rash.

I decided to go for a walk outside, even though it was raining. I wanted to think. So I put on my headphones and grabbed my umbrella, and told my folks I was going to walk downtown (we only lived a few blocks away from the main street). As I walked, I listened to Ozzy Osbourne, specifically the song “Tonight”, which was my favorite by him. I was worried about Sean, and I didn’t trust the situation with him. I decided to stop at a pay phone (16-year-olds did not come standard with cell phones when I was a kid) and call the suicide prevention hotline and explain the situation. I gave them his home number. They called him, and I am glad to say he did not kill himself. I am less glad to say he was kind of pissed off that I called them, and then he had to explain to his mom why the suicide prevention people called the house, but I’m okay with that. Anyway, “Tonight” by Ozzy Osbourne always reminds me of that rainy walk and of Sean, who is still alive to this day and now happily married.

Here's the last one, in case you missed it! Day 04 – A song that makes you sad

Goal Achieved - 200 Posts by the End of the Month!

Do you still get to talk to Sean nowadays? Sounds like a character I'd hang out with back in high school. You did the right thing calling the suicide prevention hotline to alert them about Sean.

I'm a big fan of Ozzy Osbourne, both in his solo days as well as in his Black Sabbath days.

Wow, that really is some story, but you did the right thing, very sensible too. Your friend might have been ticked off with you, but how would you have felt had he carried out his threat and you had done nothing to stop it. Well done.

What an awful night that must have been for you - torn between knowing what to do for the best and not upsetting your friend.
Are you still in contact now - or do you just hear about him through FB etc?

You done the right thing even if he was mad. If he had been suicidal, you might have saved the young man's life. You were doing what a friend does.

You did the right thing. It may not have been comfortable, but you learned a valuable lesson in life, and so did many others that night.

You did the right thing. He's very lucky that you were in his life during that time.