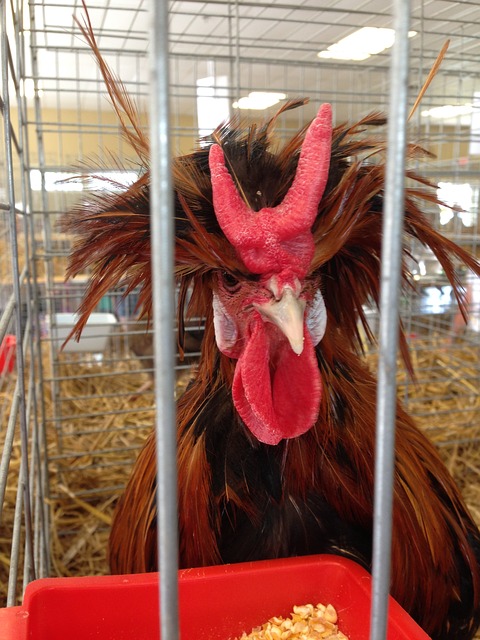 
Mexico is really into cockfighting. Cockfighting is for the sick minded who love the sight of blood. Lots of blood.


Cockfighting is a "sport" that involves two roosters fighting to the death in an arena. Those who enjoy this sort of gore place bets on which rooster will win the fight.


According to the Humane Society of the United States (HSUS), those metal spurs have punctured the lungs of roosters and pierced their eyes. Even owners have been killed from an accidental slash from the metal spurs, which is a nice of Karma in my opinion.


Spectators, subhumans indeed, place bets on the rooster they feel will win the fight. Many of those who are spectators at cockfighting events are involved in drug dealing, selling of illegal guns, and murder. These low-life individuals have a great deal of money on hand to place bets. Commit more crime, and the money for cockfighting is a sure thing.

The roosters involved in cockfighting never get to retire from this disgusting "sport." They just get to be dead.

What to say ! We know of the evils in the world ,from Bull-fights to dog-fighting,at least dog-fighting is banned in the UK and Governments who allow these cruel activities are beneath contempt.

I AGREE with your correct use of the words "sickening" and "Karma". Also agree with the word sport being in quotation marks. Your points of emphasis clearly made your point.

Yes, cockfighting is banned in the USA too. So sad that so many cruel sports are still in play due to them being part of the "culture."

It is sad that this brutality exists and humans sink so low as to perpetuate it.

Double dead I supposed! I mean after the fight the owners cooked them as appetizer while drinking beers. I don't support any sports of violence. n movies seeing those people cheering for their bets while those two chicken killing each other is not so nice, the ambiance was not good and so of the people inside.

I like your first sentence because it speaks the bloody truth about man being violent by nature.

I think that cockfighting should be illegal all over the world, but unfortunately it still happens in some parts of the world. I hate that kind of animal abuse.

Dog fighting, cockfighting.... I don't understand why people feel the need to force ANY animals to fight. Like, they need to go get a new hobby and stop being so cruel and selfish. How would they feel if it were done to them??