Kennedy Was Assassinated on My Seventeenth Birthday 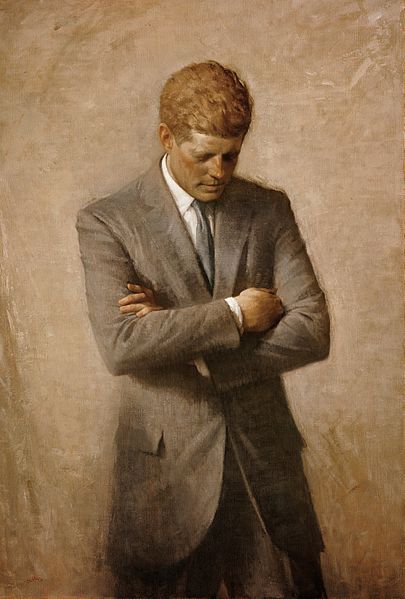 The posts, “Abraham Lincoln Was the Best American President” by cmoneyspinner , and “The Most Important Beatles Song is The Most Forgotten” by arthurchappell , inspired me to write this one.

I was attending a post (high school) graduate class in art at a Winnipeg technical/vocational school while waiting to be old enough to attend the Art Center College in Los Angeles. As it was, I was still younger than most of the twelfth graders.

During lunch break I liked to go to the auditorium to brown bag it because there blared the local pop hits station, CKY, to my and other students’ delight. Often Winnipeg bands like “Neil Young and the Squires” or “The Reflections” (which eventually became “The Guess Who”) were featured. There was much singing and dancing along with the music.

It was my seventeenth birthday, Friday, November 22, 1963, and I was feeling happy, looking forward to all the birthday celebrations planned for the weekend. While munching on an apple for dessert, I jumped up with a bunch of other kids to dance in the aisle to a favorite song, “Twist and Shout” by the Beatles. I felt like it was playing just for my special day.

But suddenly it was cut off and the DJ announced that President Kennedy had been shot. Everyone looked around in shock and horror. I started to cry, along with others.

Now, politics was not something I cared about or was interested in as far as my own country was concerned. Our prime ministers tended to be stodgy old fellows and not very inspiring to people of my age at the time. But the romance of the Kennedy family had captured our hearts, especially after the Cuban Missile Crisis when we all thought we were going to die. It was as though the president saved us as well along with his countrymen. After all, we were under the path Russian missiles would likely take if they were deployed.What if they struck short of their mark? (Hence the D.E.W. line.) And if atomic weapons were involved, the whole world could be forfeit. So, yes, much of our country grieved along with the president’s American supporters.

School was dismissed for the rest of the day. Flags were lowered to half mast. My birthday celebration was cancelled even though my dad was back home, his own birthday the day after mine. None of us had the stomach for company or parties. We simply watched and wept as the weekend’s events unfolded with Kennedy’s death being confirmed, Oswald being shot by Jack Ruby, followed by the heartbreaking funeral on Monday. (The image of little John John saluting his dad’s coffin was burned into my memory forever.) Life just stopped while everything revolved around what was showing on TV. The whole family was puffy-faced from constant crying. In retrospect it was rather weird.

Since that time, friends who would otherwise have forgotten, remember to wish me a Happy Birthday because of the yearly newscasts before and on my birthday referencing Kennedy’s murder. How’s that for ironic? I wonder if others with birthdays on that date experience the same thing…

Do any of the writers here have memories of that world-changing weekend?

In Which Make of Car Did You Learn To Drive?

The Oscars Being Televised... Everywhere?

That was a couple of years before I was born but I have heard a lot about it from my parents. Not the way you want to remember a birthday

well, I share a day with Richard Nixon. Kinda not the same warm and fuzzies :) However, with JFK I feel as if I have memories of that day, yet wasn't born.

Bodiemor I sure remember it. I was going to a school with lots of kids from the US. We were glued to the TV all weekend too. It was very somber.

I was 8-years-old. I remember it as being so surreal.

I certainly remember it, though I was a couple of years younger, not much, also a teenager. I felt sorry for him but annoyed that all the TV programmes were cancelled, even here in the UK! A couple of years later Winston Churchill was buried on my birthday.

Everyone remembers where they were, just as they do with 911. It was a shocking day. I was in first grade and they sent us all home early.

Thank you for mentioning me and I'm happy to have inspired you to write this. Anja is right. Everybody can tell you their story on that day. At least, the Americans can. Didn't know people in other countries had a memory of that day too. MegL - Although when Churchill passed away it was a pretty somber day in the USA, as well, as I recall.

Nope... and I'm reminded of it every year!

Since his assassination has been rehashed every which way all through the years, I'm sure most people who weren't alive then still have experienced those days vicariously!

I've learned from others that people all over the world mourned. He was a powerful, charming and charismatic leader - or so he seemed.

Some of my cousins were your age at the time and lived in California. As Catholics, they believed the sun rose and set on him. They grieved for years!

Ah, another great man! The godfather of a friend of mine...

And so they should, when an American president dies. But I still am amazed over the grief displayed in Canada, as well as in other parts of the world...

You are welcome cmoneyspinner ...
I've met people from all over the world who recognize my birthday and recall what that day meant in their lives. All the Canadians I knew personally were shattered by his death.

Such a sad experience. Best to forget the association and get on with having a good time on your birthday.