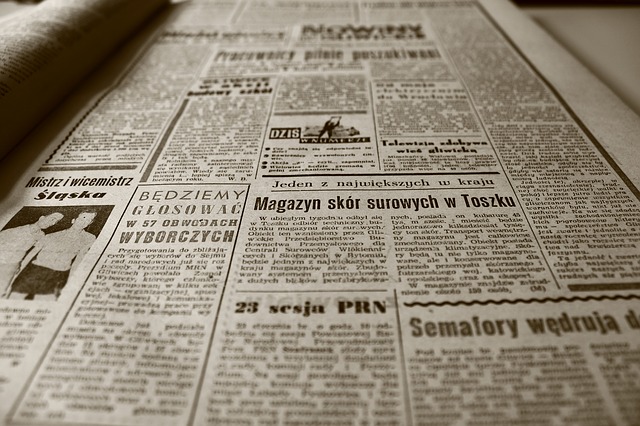 So, you now have found out that, as a kid with no allowance, I was willing to sell just about anything to make some pocket money http://personapaper.com/article/24641-my-first-jobs-part-one---i-was-an-enterprising-child .

The REAL money was in paper, though. Newspapers, that is. I moved on from selling my own comics to delivering the "Sunday funnies", with a a paper route I had from age 14 to 16. My Sunday route was gigantic, covering several square miles, with over 100 customers. Even though it took several hours to complete the route, including the mile or so I had to walk to the route and from the route, which was NOT actually in MY neighborhood), I handled it with no problem.

One morning was a little rough: It was 30 degrees below zero, and my dad had to drive me around, his pickup's heater blasting as I got back into the truck after each house, even though they were next to each other. Remember, this was the Sunday paper--you can't just roll 'em up and throw 'em. I had to walk each one up to the porch or stoop of every house. You don't mess with 30 below zero, folks! And that wasn't even counting the wind chill. Brrrrr!

I did make a good income from that route, even though I had to go around from house to house, "collecting". And around Christmastime, much to my delight, I discovered that some customers would actually TIP me! It was usually an extra five dollars or even ten, but I had a couple that even handed over the Holy Grail, a twenty-dollar bill! Wow! That route wasn't going to pay off quite the same for anybody else, though: It was so large that it was broken into two routes after I finally left it. Apparently, they were not growing kids as hardy after me! Since I was 16 by the time I gave up the route, by then I was old enough to get a "real" job not a "kid" job, so I entered the workforce, and never looked back!

Can You Actually Publish 15 Articles a Day on Persona Paper? Yes! Here's the Best Way to Do It

That is good that you had that working experience as a youngster. It helped you learn the value of the dollar, I am sure.

I did a paper round as a kid and on the weekends worked at a pig farm...

Your parents must be very proud of you. Many parents are too protective of their kids today to allow them to work.

I wanted to have a paper route or work another REAL job, but wasn't allowed to . Time to start telling those stories, I suppose.

My first job was a paper route. I'll have to accept your writing challenge to tell more about it, though,

Oh this brings back memories of my first paper round!