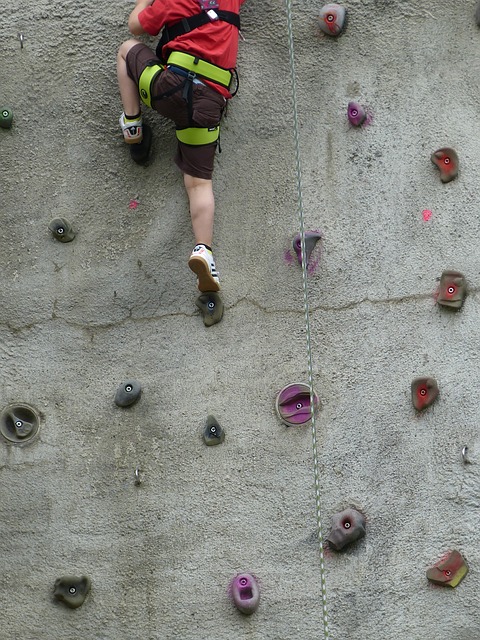 I have been rock climbing. Just once. It was in August 2012, just two and a half months after my surgery to remove part of my small colon and tumors from my mesentery and my liver. I had been diagnosed with stage IV carcinoid cancer just weeks before surgery.

It was at that time that I started to consider regular writing. In 2009 through 2011, I had been writing for Associated Content/Yahoo! Contributor Network. I had a blog, but was not very regular in contributing to it. Then in May 2013, I was introduced to Bubblews. Last summer, I found Persona Paper, but have only been contributing fairly often since the first of the year.

Though money on these sites is much leaner than before (AC/YCN are no longer in existence), I want to report that, as of this writing, I have climbed to 4080 coins worth $6.08. I am 30% to my first redemption.

When I wrote "$5.03 at Persona Paper Is Worth Much More" I shared what PP offers us as part of a community that is much different than what I have seen most recently at other similar sites.

In the past 16 days here, I have climbed by 5% and by a dollar and some change. Not much progress by many people's standards, considering having submitted 22 articles since that time.

But what I said two weeks ago stands true. I find this site to be friendly, caring and a great sense of family and community.

It is true that if money is the goal, then it's going to be a slow climb. But this site is ahead by leaps and bounds in so many other ways.

Good observations Coral. I rather enjoy the novelty of the percentage that we are given here. It's quite encouraging, makes more sense than dollars and cents here.

I agree, valmnz , and I appreciate MaeLou and elitecodex and their commitment to keeping folks informed, as part of a community. I find that their word is something upon which we all can count on, even if it were to be bad news. This goes many miles with me.

Any money earned here only pays for the power to run the computer...it's more about the ambiance of the place for me...

This is a great place for me to see how some of my writing ideas will do on blogger. I like the feedback.

If money were the goal, I would have quit a long time ago. I like the self-expression, as well as finding some truly awesome writers to follow!

I've never been rock climbing, but I bet my last dollar that it's a lot easier than earning a dollar here :)

It's like climbing Everest - keep going and you will eventually get there. If you don't do anything, you won't get anything!

CoralLevang This site is caring. I love this site for their honesty and caring. I love the fact that they are up front with us. I don't mind the small earnings here because I do believe at some point this site will rise from the bottom to become a force to be reckoned with.

I like it here more than a couple of other sites I have tried. And the percentage marker is very fun to watch.

I agree. That's why I'm hanging in here for my social blogging. Regular blogging can get pretty lonely when you are getting started.

I agree it's a slow climb, but worth the time.
Whatever you write it's worth reading! Wherever.

Wow that is a sweet and inspiring words coming from a fighter like you. I know many will be inspire to write more and invest in interacting in persona because of this post. What I love this community is we can really earn with just commenting with at least 30 characters in it, without worrying that no one might visit our page for a few views and likes. God bless.

Only those who have their personal blogs will appreciate the support given by a writing community.