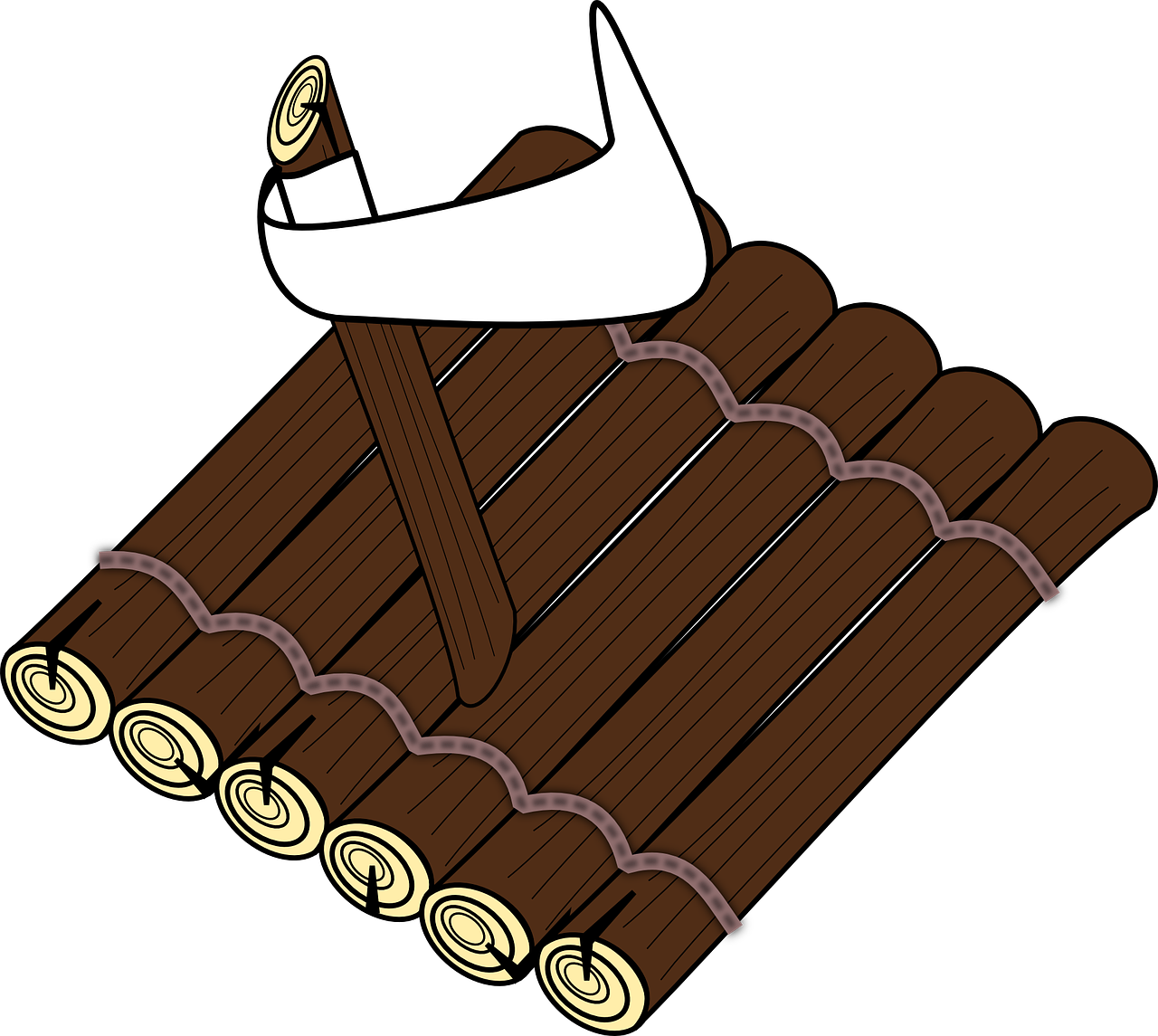 Maybe 20 years ago, I was nominally in charge of a group of female trainers. I say nominally, because they had their own manager and they did the job they needed to do without much intervention from me. They wanted to go on a leadership development course and they wanted me to come too.

It turned out that the latest recommended courses were outdoors and this one took place on a local river. It was May time but not that warm, certainly not swimming costume weather! We were told to bring a COMPLETE change of clothes with us.

The challenge was to build a raft and pole it up the river a mile or mile and a half. The materials were oil drums and rope. None of us had a clue and I kept quiet (it was THEIR course), so the leadership trainers built the raft for us. We all had to get on it and pole. A raft does not have a rudder or a keel so it's hard work poling against the current and a number of our group did not have any muscles, not that they admitted to anyway!

Of course it broke apart (but we didn't build it). I still don't know if that was deliberate, to see how we would react. Anyway, I found myself in the water, fully clothed. It was only up to my chest and I had no intention of getting out of the water and walking the rest of the way, so I pushed the raft. I had trainers on my feet, so no worries about rocks. The other two who got wet had to walk along the river bank at the same pace as the raft.

We made it. One of the leadership trainers had a camera and took a photo of me coming out of the water but I never saw it. It was hardly "Venus rising from the waves"!

Once out, the wind hit and I was frozen. I don't know how the other two wet ones felt but I drove straight home and into a bath, to warm up. I had an icicle where my stomach was!

I was very cold tonight, working in my room with no heat on and not getting up to turn it on because I knew I was going to have a bath. Getting into the bath really cold reminded me of the time I pushed the raft 20 years ago and had to overcome hypothermia!

I want a baby carrier

I am always amazed at the hard life some people choose..

It was very cold yesterday and I had a chill. I had to take a hot shower just to warm up enough to get in bed!

I had that experience too when my niece decided to take me to watch Niagara Falls (Canadian side) by night. I was fully clothed with mittens and all and yet I was shivering. I did not enjoy that night but did not say that. I did not want my niece to feel bad. And then again when we just got off the bus at Srinagar in Kashmir - my first ever experience of being in a place that snows in India. No snow but just terribly cold.

I thought you were going to say 'it was very cold tonight....so I built a raft'...lol

It is a tough life in the cold regions. Hope you have better time ahead.

Sounds like an experience I would not like one bit. Are you without a way to heat your water now? Is it storm related?

This will help people who are experiencing super cold weather.

My room is usually warm because the hot water tank is located there so I seldom put the radiator on and the knob has become so stiff that it's difficult to turn, even if I want it on. I am normally a fairly warm person but when I get engrossed in the computer, I often don't notice how cold I have got until I get up!

Building one would certainly be a way to warm up!

I hate being cold, you should turn the heat on instead of getting chilled to the bone and then taking a hot bath to recover.

MegL Today we are experiencing a cold day for Florida standards (Low 50s Farenheit / about 10o. Celsius) but obviously nothing compared to what you had to go through that night.

Just always be safe, and never abused your body with lots of activities that may give your health at risk, I know that there are lost of snows where you live. God bless and have a great day and rest.

Interesting to read about your 'Boat on the River' trip.