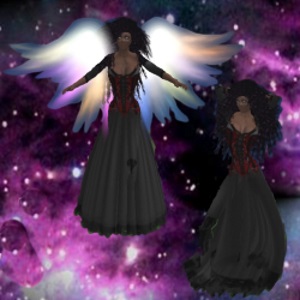 It has been a very long time since I have come across a song that was so powerful, in it's lyrics, it's imagery, it's music and it's video. This music video in itself has caused such an uproar that I ask you read my review and my thoughts before you watch either the official music video or the "making of" I ask this because of the preconceived notions that many have. And in fact, these people have not fully watched. I will also warn you now, this is not a feel good video. It is full of imagery that might trigger an emotional response or memories...so please, read first then decide if you want to watch it.

When I first heard about the song Elastic Heart, it was from a family member. He suggested everyone in the family to watch it. He said it was the most powerful and accurate representation of what he and his wife dealt with on a regular basis with his oldest son. I watched it with that in mind and I was blown away. I knew how he had talked about his struggles with his son, but let's be honest here, unless you have been in his shoes, you can't really know how it feels. See, his son is Autistic. He has been struggling with how to deal with it for years. He often talked about how the only time he could let his guard down was when his son was asleep, or that how carefully he would approach his son thinking he might be connecting, only to back away because of the breakdown that would turn this angel into a raging demon. Such a fine line.

You can see the anguish portrayed perfectly on Shia's face and the both ecstasy and torment on Maddie's face as she dances just on the edge. He wants to know her world and try to reach her, but at every turn, at every instance he thinks he can get through, something happens and once again, he is crushed, attacked and pushed away.

That was my introduction to the video and why it was so powerful to one person.

So I went in search of other meanings, and what the artist Sia was thinking when they made the video. I've gotten a whirlwind of responses and answers.

One goes into how someone thought it was about Sia's relationship with her own father who had fought some kind of Mental illness. How she was able to break free and tried to help him but failed at the end.

I believe Sia herself in the second video, "The Making of..." alluded to it was about all the memories and personalities one has in their head. How you can fight daily and sometimes the child in you wins and sometimes one of the other personalities win.

What it is NOT about is child abuse. I have read too many "assumptions" about how it was so wrong to have a girl of Maddie's age dancing so close to an actor/man so much older. It's like there are people in the world that refuse to see anything but the most debase and negative thing if it doesn't fit their role of what morality is.

I will leave it to the viewer. For myself it is about self awareness. For me it is about the battle I go through almost on a daily basis with depression.

Yes, I do have thick skin. More importantly I have an elastic heart that still loves.

Image Credit » created and owned by Sherri Washburn (Aka Devisun)

I've not heard of this before and now I'm sure it is not one I'd be interested in seeking out.