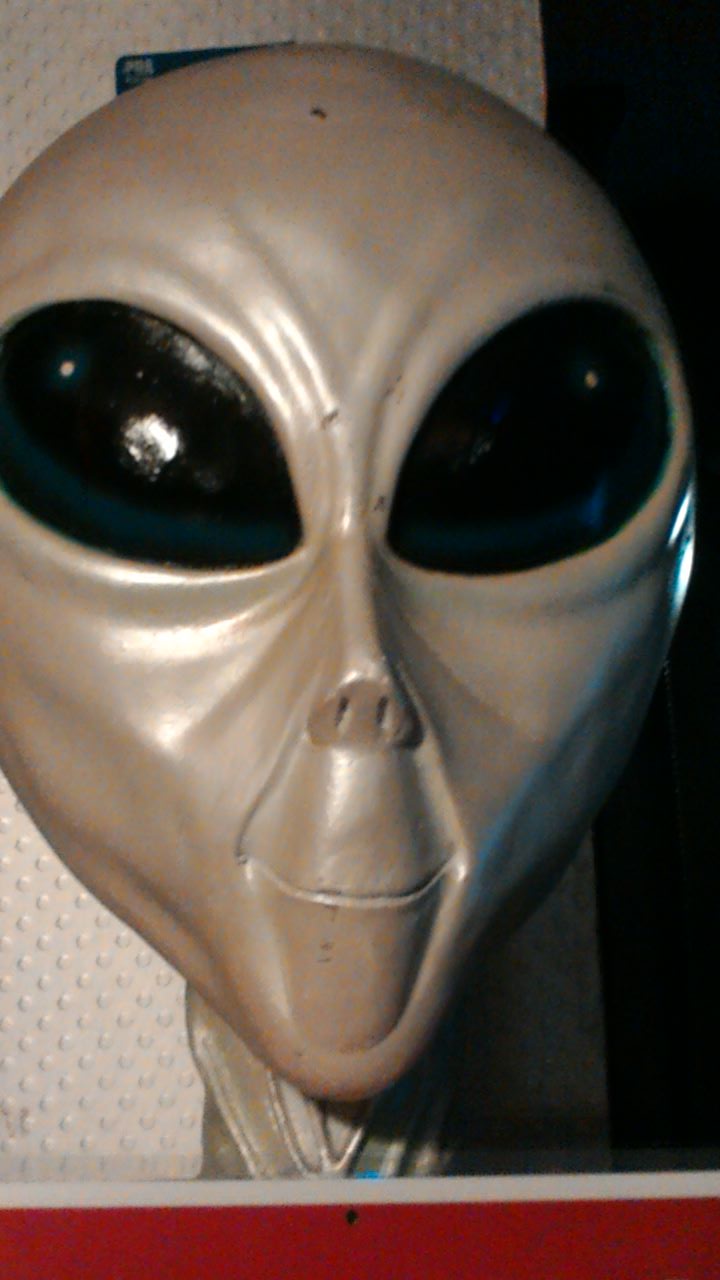 Aldiss is often darkly serious in his story-telling but he could also let his hair down to write something shamelessly silly, as with Pogsmith.

Here, a bickering married couple win tickets to visit an interplanetary zoo, guided round by an alien zoo-keeper.

The main attraction is the only known Pogsmith in captivity, named after a human it disguised itself to escape its own World, leaving the real Pogsmith there to die. It is now pretending to be its own feeding bucket, but its actual shape is pig-like and cute.

The couple wonder if the creature is escaping again, and if each other might even be the Pogsmith.

A silly tale, told shamelessly tongue in cheek with knowing nods to many of the genre’s clichés. Many such clichés are still familiar to the genre to this day too.

Image Credit » An alien in Manchesters Bar 21 taken by me

Its A Small World

This reminds me of "Zoo" (I can't remember the writer). Humans are visiting these aliens who are being transported around the galaxy and shown as zoo animals. At the end of the story, you realize that it's the aliens who paid to travel to Earth to see the humans in their natural habitat.

My reply should be addressed to MelissaE

arthurchappell Sounds interesting. I never read any of his work. I am intrigued by aliens, always have been. I am now going to look for Brian Adliss and start reading.

arthurchappell I saw that movie and thought it was real good. Nice!!! I will be reading him.

This sounds like the sort of tale that I would enjoy. I will have to look it up and see if i can get it on my Kobo.