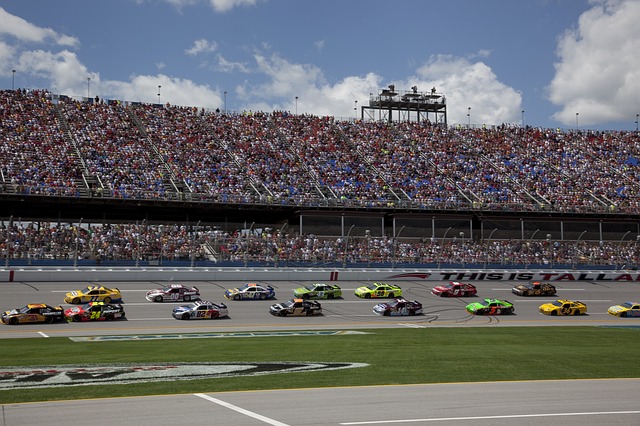 Wow. When I saw this news this morning I was very surprised. I knew the day was coming when Jeff Gordon decided to retire or slow down, but I thought with as well as his season was last year, that he might still have a few years left in him.

He announced to his team that 2015 will be his final full time season where he runs for the championship. He didn't want to say R word, very few racers do, but has no immediate plans beyond the 2015 season to race. He said he will still be heavily involved with Hendrick Motorsports as he is part owner.

While I wasn't a big fan of Gordon when I started watching, I admit he has grown on me the last few years. He's not as smug and arrogant as he was in his early days, he really has matured and if my drivers are out of the race, I find myself pulling for him.

I hope he has a great farewell season and I might find myself pulling for him from time to time, but I do want to thank him for all he has contributed to the sport. Truth be known, this may shock my husband too, but I'll probably miss seeing him around after 2015.

What Should The Punishment Be For Deflategate?

You Don't Need Obama's College Plan, Do What Oklahoma Did

WAAAAAHHHHHHH!!!!!!!! Jeff is my favorite driver :( I will definitely miss him next season and will be rooting extra hard that he does well this year.

While I think he could have gone for a few more years, I think he wanted to go out on top. I hope he does well in 2015. It's always hard to find another after our favorite leaves.

Yeah, better to quit while ahead and with his back issues it is a very good idea to do so while you still have mobility.

To be honest it does not surprise me as much as you think Kat- , I have watched you become more accepting of Jeff Gordon the past couple years. I on the other hand will be glad to see him go and hopefully a fellow Hendrick driver will follow him out the door (hint: JJ are his initials).

Fan or not it will be sad to see him go, he has had a strong impact on the sport and that's something that will be missing when he goes.

It's a dangerous sport, and I wouldn't think any less of him for getting out of it. That leaves room for the new guys to have a chance, so best wishes for him.