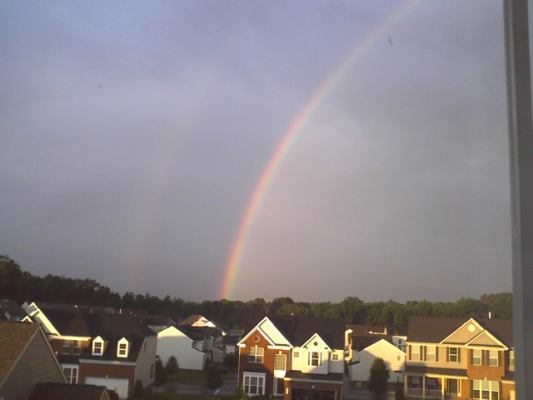 I was inspired to do this challenge on another site but have deleted it there and altered it here to make it fresh. I will be doing this from memory, so I might stretch a few off the top of my head... ; )

A: I have been to Aruba with my fiance on vacation. It was a beautiful island and very interesting but it seems to be always windy there.

B: I grew up in Baltimore, Maryland and lived there until I was 29. I have also visited the Bahamas, which were gorgeous. My fiance WON a free all expense paid trip there, so we partied hard a few years back on that trip!

C: I have been to Columbus, Ohio a few times, mostly for the Rock on the Range concerts. I've also been to Connecticut.

D: During a flight elsewhere we had a layover in Dallas, Texas, but I really didn't get to explore it too much... I've also traveled to Dover, Delaware.

E. In Baltimore we had a mall called Eastpoint, does that count for E?

F: One of my favorite areas is Fort Lauderdale, Florida. I have been to several other Florida cities as well, such as Orlando, Tampa, Miami and others.

G: Another area I lived in Maryland for a few years was called Glen Burnie. Nothing too exciting about that... Also, the neighborhood I grew up in was called Gardenville (and was in Baltimore City).

H: I went to Hazelwood Elementary and Middle School and used to work at a bar named Hazelwood Inn.

I: When I was only a year or two my mother tells me I went on a trip with her and my father to Iowa, but obviously I have no recollection of that. I would LOVE to travel to Italy one day.

J: One of my favorite places to visit on vacation was Jalisco, Mexico when we traveled to Puerto Vallarta and a few other places. Gorgeous country and spectacular fresh foods!

K: King's Dominion is one of my favorite amusement parks and I have been there a couple dozen times probably!

L: I only visited Las Vegas once. I have visited Largo, Maryland in the past -- isn't that where Six Flags America is?

M: I was born and raised in Maryland and have been to many places in this state, from Ocean City and the Eastern Shore to Baltimore, Cumberland, Hagerstown, and about a dozen other areas.

N: About a year after we started dating my fiance and I traveled to Outer Banks, North Carolina. Unfortunately it was during a hurricane, but we had a couple nice days of weather and we had a wonderful time drinking and exploring the area. I have also visited New York and New Jersey several times.

O: Ocean City, Maryland on the East Coast was a favorite vacation spot of my grandparents. They took my sister and I every summer until we were well into our teens and my grandfather passed away. Ohio is another state I have visited on more than one occasion.

P: Paris, France was interesting but much different than I anticipated. I actually went there during a discounted trip in 8th grade and got sick on the day we were to see the Eiffel Tower, which was a bummer. I have also been to Pennsylvania many times.

R: I had to travel to Richmond, Virginia on a business training a couple years ago and really liked it. The vegan restaurants there were great! : D

S: Six Flags is a great amusement park. There are several locations I have been to, including the one in Tampa and the one in New Jersey.

T: I have been to Texas during a layover flight. I also used to live near a place called Towson, Maryland, which was a pretty cool area. Lots of colleges, trendy shops, and things to do.

U: Having trouble thinking on this one, but I have been to plenty Universities! When I was in high school we took a few senior class trips to visit different colleges and universities.

V: Of course I have passed through Virginia many times. There are some really great places in Virginia and one of my favorites is King's Dominion, as I mentioned earlier!

W: I am currently living in West Virginia, and I have also been to Washington, DC plenty of times.

Y: The only place I can think of off the top of my head is York, Pennsylvania.

Z: Although I don't like zoos now I have been to a few when I was younger on school field trips.


I hope this wasn't too boring. I love reflecting on all the places I've traveled. I have had a full life so far and appreciate many things, and one of them is the opportunities I have had to travel to many different places.

Thanks, Bubblews; I Guess I Should Feel Lucky?

Emily is Turning One

I like this idea for a challenge, but it does take a lot of work to put it together. I just might take a shot at it this weekend since I don't have any Fiverr orders to work on at this time.

wow, you had visited so many ABC places, I haven't so can't join this challenge

Lovely to hear of your travelling experiences, I had a very good friend years ago from Maryland.

According to a site I found there are nine towns in the USA beginning with the letter X - maybe you have at least passed through one of them.

You have been to many places! But maybe in your dreams you could have visited Xanadu?

Hardly boring my friend! It is a wonderful travelogue!

You are indeed a great traveller even beating Gulliver!! I too have travelled quite a bit but not enough to meet with your challenge.

May be" Quiet" corner in your house .No seriously,it is quite a feat-not just going to these places but remembering and making a post of it.

This article must have taken you an hour to think and write.

Good to hear your travellling experience.

I like thinking of all the places I've been and reading about where others have been.

Wow, this is great! For Q, I would probably do Charlotte, NC, which is called "The Queen City" (it was named for Queen Charlotte)

I have been to Paris, France, Europe too. I stood under the Eiffel tower but didn't bother going up because the queues were too long. I like your creative items, like the Eastpoint Mall for E and University for U!