In defence of fanfiction 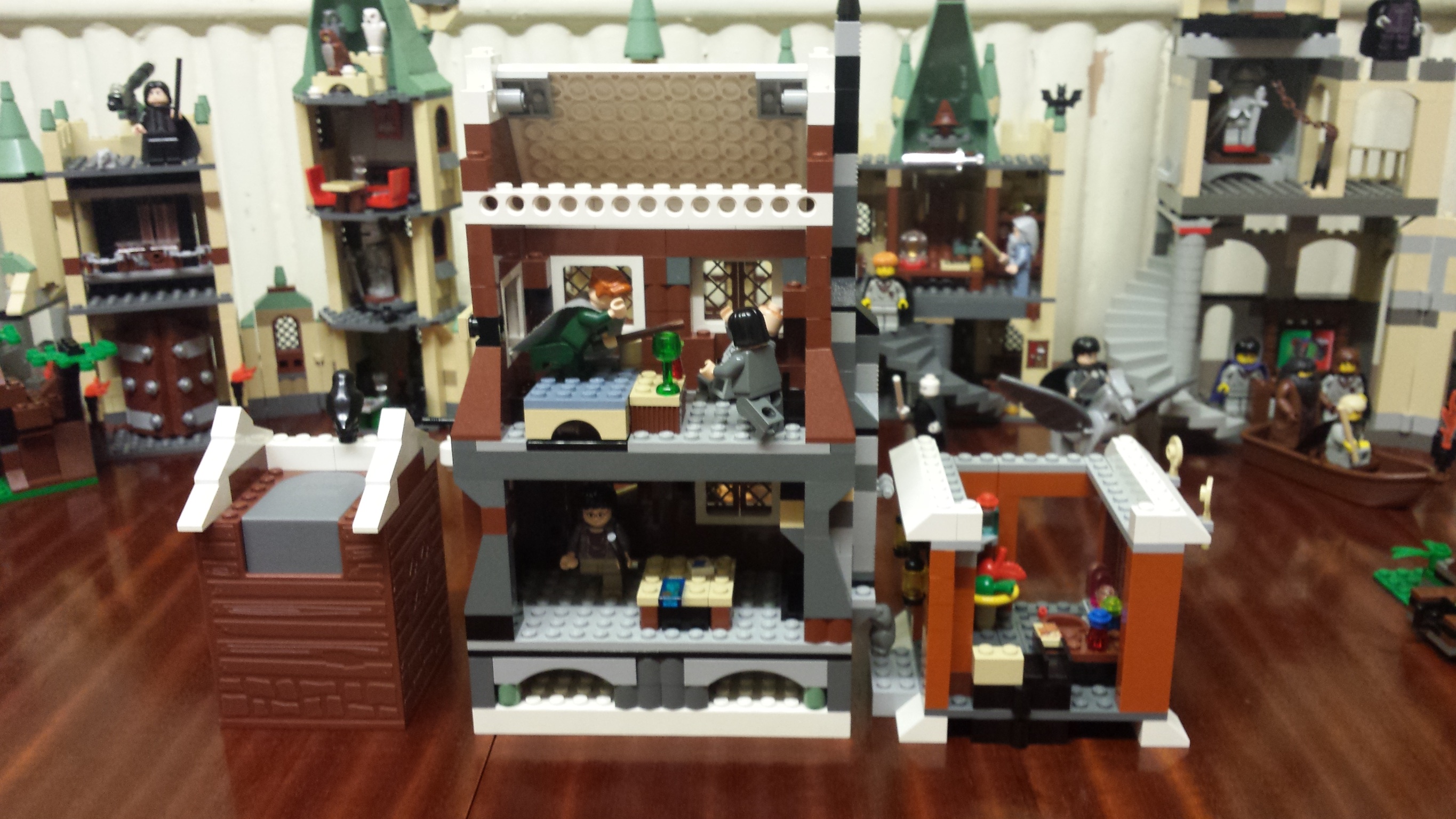 Recently I came across Robin Hobb’s, a well renowned science fiction author, rant about fanfiction and why she doesn’t agree with it. And whilst I could at least partly see where she is coming from, in other ways I would personally suggest she’s missing the point of fanfiction almost entirely. I’ve long been a fan of reading and writing fanfiction, most often set in the world of Harry Potter, and whilst I will accept that it is a very lazy form of writing, it is also one of the most enjoyable. And I honestly don’t see the harm in it.

Fanfiction isn’t necessarily turning around and saying ‘Hey, look, the author really messed up this story – look, I can do it so much better.” Yes, in some cases writers of Fanfiction are saying exactly that but so much of fanfic is simply exploring what else could have happened. You take a pivotal moment in a story and wonder what would happen if that happened differently, how much of the story would be changed. It’s not saying the author made a mistake; it’s exploring the different possibilities within that world. So taking Harry Potter fanfic for example, what would have happened if Harry wasn’t left with the Dursley’s, what would have happened if the teaching staff had been more aware of what was going on, what if Sirius had been given a fair trial. All of these questions which can never be answered by the author because they never happened, they don’t exist within the canon world.

Of course there are changes, but the best fanfic writers are writing because they have a great love of whatever series they have picked up and want to be able to read more. The best fanfic writers put a lot of effort into ensuring that characters are kept in character and details are kept as per canon. Yes, it is to suit the foible of the writer, but it isn’t just saying that the author messed up. It’s exploring all of the niches and crevices that the author didn’t delve into deeply and therefore left possibilities and open ends for us to pick up on and explore. Back stories can be evolved and fleshed out, minor characters can be given voices that they never had in the original.

An example that Robin Hobb made was that everyone looks at the Mona Lisa and pictures a different reason behind her elusive smile, that doesn’t mean that they can draw eyebrows on her to make her look surprised. But that’s a faulty example. Because you can write about what you think that smile represents and share it with the world; you may not be right, others will have different opinions but you are still able to share it. And that is what fanfic is. Each and every reader has a different opinion on events that happened, motivations behind characters actions and the possibilities that never happened. That is fanfic.

Anyone reading fanfic knows that it isn’t the authors original work. You know you are reading someone else’s interpretations, but that doesn’t make it any less enjoyable. And yes, some of the fanfic that I’ve read over the years is complete and utter dross, much of it has appalling grammar, a complete lack of punctuation and an inability to write in full sentences. That type of fanfic, I ignore. But some of the pieces I’ve read have been true masterpieces, with a few although far between actually managing to rise above the authors original work.

The best fanfic takes an author’s world, an author’s characters and story and builds on it. It steps into those characters shoes and writes them in different situations or with a slightly different spin on them. That’s not as easy to do as Robin Hobb would like you to believe. Or at least, it isn’t as easy to do well. You’re not turning around and condemning an author for something they have done wrong; you are exploring a full and vibrant world which has more than enough space for all of us to dabble our toes in and play with the characters.

I’ve read thousands of Harry Potter fanfics over the years and written a few myself. I know that the ones I’ve written have had thought, time and effort poured into them in an effort to keep them as close to canon as possible whilst deviating from a plotline. I still adore J. K. Rowling’s books and wouldn’t swap them for the world, that doesn’t stop me enjoying a well written fanfic. It doesn’t stop me enjoying writing it either.

And you know, if I ever manage to become a published author I’d enjoy reading the fanfic of my novel. I might even write some myself under whatever name I choose to use for the amusement factor of being able to wonder that magical question; ‘what if…’.

I write fan fiction myself and on the site where my stories are located I have a small group of fans. Some have told me they would like to see me write a non-fanfic novel. Fan fiction is easy to write because the characters and background is already established. I see fan fiction as a way to hone your overall writing skills. I'm in the television version of 'The A-Team' fandom and my favorite character has always been Murdock. His character didn't have a lot of background associated with it so I have developed my own history for him through many of my stories.(A little for Hannibal's character, too.) I also have several OCs that fans seem to like. Thanks for this article and for defending those who choose to write fan fiction.

I've always enjoyed reading and writing good fanfic and however much I adore Robin Hobb's world and writing, I can't help but admit that her stance irritated me somewhat. Writing fanfic is indeed a way to hone your skills, improve your character development and fire your imagination. I've mostly written Harry Potter fanfic (a whole three pieces although one currently stands at 70,000 words granted!) but started by writing a fanfic piece off Thirteen Reasons Why. My reasoning at the time was because the story didn't end, and yes, it wasn't meant to, you were meant to wonder what happened next. I did exactly that and wrote it down. It's not the answer, it's not the ending, it's my ending as I imagine it.

I have dabbled in writing fan-fic, with my own D r Who, Xena, Prisoner, Dexter and Poirot stories - Hobb's views are nonsense

I have never written fan fiction, but I have friends who have and they are pretty good. What I like are authors who encourage their readers to write it. The best example is the 1632 series by Eric Flint, some of my favorites books and short stories started as fanfic.

I love reading fan fiction. I enjoy reading what other people think of what might have happened, such as in the Harry Potter universe. Granted some people do snub the author, but I think most people enjoy writing fanfiction for fun and to express their ideas.

Fanfictions has never appealed to me because if I enjoy a particular story or series then it is the original work that I prefer.

Hi there.. I can not find the copyright information from the link you provided to see if the image is available for commercial use.