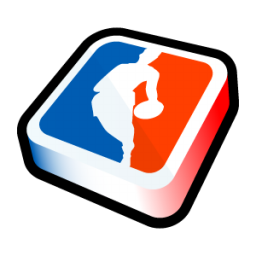 Okay. I'm still pissed that the Spurs lost to the Pistons yesterday by a mere point. But I'm not going to say that Detroit won because of a stupid NBA rule. The Pistons won because they played better than the Spurs, and turnovers, bad plays, and horrendous execution proved to be the reigning champions's demise. However, even though I know that my guys lost because they deserved to lose that game, I'm still angry that the NBA, probably the biggest sports association in the world has a rule that may become the deciding factor on the course of basketball games.

Since not everyone has an idea on the NBA's two minute rule regarding out-of-bound plays, I decided to give you a brief background about the rule that pissed me off to no end yesterday. On out-of-bound plays, referees cannot review the play and check whether they made the right call or not until the game reaches its final two minutes of regulation or the game reaches overtime. This means that when a referee made the wrong call on an out-of-bounds play, the players and the coaches would not receive a reversal of decision.

Luckily, the game yesterday wasn't crucial or a playoff game but what if that exact scenario happens in the postseason? Or in a Game 7 of the NBA Finals? The League would surely receive a tremendous outburst from the billions of NBA fans across the globe. Imagine this. A Game 7 with two teams battling for the crown. A team leads its opponent 101-100. Two minutes and twelve seconds left in the quarter and the referee made the wrong call in an out-of-bounds play in favor of the opposing team. The opposing team lines up a three-pointer and makes the shot to go up 103-101. They end up winning the game and the Larry O' Brien trophy.

The exact scenario happened yesterday to my Spurs and I'm still mad while I'm writing this article. I'm gonna admit that I'm a die-hard Spurs fan but there is a clear problem regarding the NBA's two minute rule. It should absolutely be changed. In my mind, NBA referees should check every play that they are suspicious of. So as not to influence the outcome of the game in a negative way. I know that the referees of the League always make sure that every game is handled as fairly as possible. But I know that there can be more improvements in regards to the rules implemented by the League.

Every NBA team dreams of winning a championship. Battles are fought. Forces collide. There's the banging of bodies and the clashing of wills. And one simple change in the rules, may give the most worthy NBA team the single thing it needs for basketball supremacy.

Thinking of Starting Over Again

Just wanted to let you know that this image is not allowed here. It's not for commercial use. When you go to edit your post, you can see a ? next to "Image Credit". Click on that for what we're looking for and what is and isn't acceptable. Let me know if you have questions.

Sorry about that. I didn't know that I was using the image for commercial use and I thought that writing for sites falls under the non-commercial category. My bad and thank you for pointing that out. I now learned something new that would certainly be of use in the future. Cheers! :)