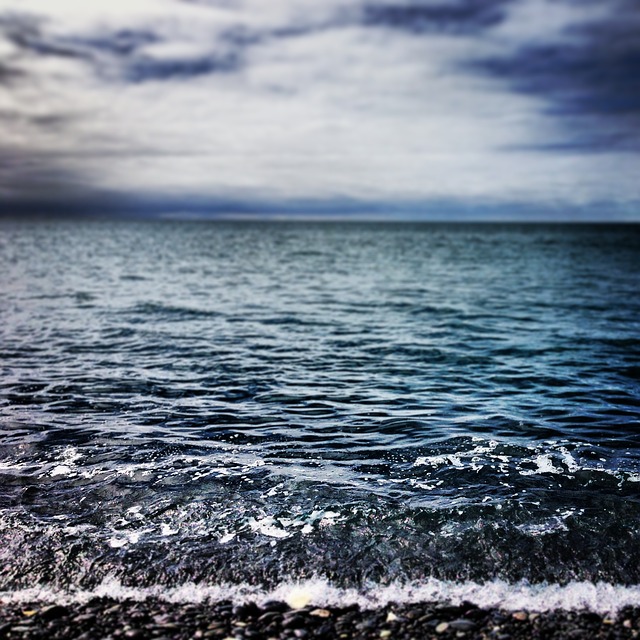 I was still fresh from a rather snarly exchange of correspondence with the jerk who owns the unit next door when my tenant contacted me with yet another issue--the upstairs tenants had flooded their bathroom, and there was once again water damage on the ceiling. I had given her the number of the upstairs owner previously because his tenants had been a huge nuisance--they are very noisy--and she called him.

He came to look at it and said he would come back and paint the ceiling, which obviously is the incorrect thing to do when there is a leak, but I was exhausted from all the previous nonsense, and I didn't pursue it, even when he didn't bother to come do that. My tenant let it go, as well, since the damage didn't get any worse. But about a month ago, she called to report that the carpet in front of the washing machine kept getting saturated with water, even when the machine was off.

I sent my guy back out, and he discovered that the drainage pipe of the washer was clogged, and he repaired it, including pulling up the carpet to dry it out. Before he even returned to replace the carpet and the folding door that he had removed, she advised me that the upstairs tenants were again up to their bathroom-flooding shenanigans, and this time water was literally pouring down through the exhaust fan in the ceiling of my unit. She attached a video to the email she sent--her daughter had filmed this torrent of water, coming down through the fan opening.

She hadn't bothered calling the upstairs owner, since he had blown her off before, and I said this was a serious issue, anyway; not something he could fix by painting. I went over there this past weekend with my handyman, and we had a look. He removed the fan cover, and we found what we were afraid of: black mold. Basically, the upshot is that the ceiling will have to removed and everything will have to be cleaned out, and something will definitely have to be done to prevent such leaks in the future, because I can't just keep fixing the ceiling. And of course, the guy upstairs, or his insurance company, will have to foot the bill.

I sure hope I don't have to take TWO people to court.

So, clearly I must have done something to anger the water gods in a past life. I have always loved water, but I've had horrible luck with it over the past couple of years! Now that you have read the third part of my water woes saga, let's hope there isn't a Part 4!

Wow! The hits just keep coming for you. Is the upstairs guy a renter or did he buy the unit? If he's a renter, I'm sure there's some sort of recourse to get him out of there. I sure hope all your issues are over with but it sounds like the one upstairs might be a continuing problem.

I really hope all the leaks will be plugged in time. You seem to be getting it from all directions - literally!

This is terrible. I think you will buy stand-alone properties in future!

Thankfully the tenant in your condo seems responsible and level-headed. It's a shame the same can't be said of the neighboring tenants and condo owners. Wow, this is a lot to deal with on an ongoing basis.

The guy upstairs is a tenant, and the unit owner is okay. The tenant next door is okay, but the unit owner is a jerk. Most of the units in the building are owned by absentee landlords, like me, but there are a few that are actually occupied by their owners.

Yes, she is a peach, and I am thankful for that. She's been there more than a year and says she wants to stay, so I hope those people upstairs behave!

Hells bells. Having just recently had the (hopefully penultimate) section of the Bathroom Leak from Hell, you have my sympathies. I remain unconvinced that Mister Leak is fixed but he will be once I crabble together enough money to get our plumbers out to take the tiles off, replaster the wall (straight...) and replace the tiles with mermaid board which has no gaps through which water can escape. That will, however, require some serious saving, writing, overtime and eBaying in order to be affordable.

Did you repent if you annoyed the water god?

Did you repent if you annoyed the water god? An error needs repenting or asking for forgiveoess

I have seriously considered this--and I'm a Scorpio, which is a water sign, making it all the more ironic. I love water, and I try to conserve it. Not sure what else I can do to repent. Then again, when you think about it, having water problems is not as bad as having fire problems!

It's pretty bad. At least the repairs that were made in the kitchen resulted in his being able to find a small slow leak that had been bugging us for a while and to fix that.

I have bought one property since, and it is indeed a stand-alone property. I'm done with condos!

LOL, my mom used to say hell's bells--I love it! Are you sure the mermaid board is the right fix? Trapped water can cause rot, which is why I had to have the siding replaced on my house. Yes, the whole house. Yet more water woes...

Well, the shower itself fell to bits last week so we now have no shower to leak anywhere...High time the bathroom was seriously fixed, I think. Hence why I am writing up a storm at the moment on as many websites as I can find. The bathroom suite with the exception of the shower is just fine, the wall and shower are suspect.

All that, and we're still in a drought. The water gods are definitely pissed.