Fat chick with a gun 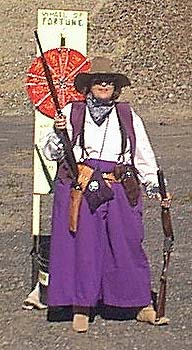 I did not grow up with firearms , tho as a kid I had my fair share of cap guns and toy rifles and was taught to respect real ones. Since my dad was in the Navy, we moved a lot and never really lived anyplace where having real firearms were a good fit. When dad was issued with a firearm to bring home he ALWAYS kept it secured somewhere we didn't know about.

Fast forward a few years when hubby and I had been married a few years. He decided he wanted to get back into shooting again and bought a .22 semi-auto pistol. I was not a happy camper. I had no problems with self-defense, heck anywhere you turn around in my house there is a sharp pointy that is a good self-defense weapon. I collected knives and such.

But a gun ?!?!?! We drove home with it in my lap (didn't know what the concealed laws were as yet) with me crying the entire way. I still have no idea why I was in such a state. Rationally I knew better, but.....

So hubby set about getting back into shooting and I ignored it. Then one day I had a seriously bad day and rather than break another keyboard playing Doom, I told hubby to take me out and teach me to shoot.

So he called a friend to see if we could use their property and off we went. Before we did anything he went over the 4 rules of gun safety and made sure I understood all of them (will talk about them in a later post). Then he went over the pistol itself showing me what everything was, how it worked and let me handle it for a while while it was unloaded. Then he set up the target (a paper plate), loaded the gun and handed it to me.

I was a bit nervous, duh! But I listened to my hubby while he talked me thru it, I aimed and then pulled the trigger.

Not quite what I expected from watching the movies, but then they tend to over exaggerate in the first place. I was wearing "eyes" and "ears" (shooting glasses and ear plugs) so it wasn't too loud, esp since it was a .22. There was a bit of a kick to it, but not too bad.

I shot at the target a few more times and then popped the mag, reloaded and tried again.

It was fun. Having to focus, aim and breath was calming. I also discovered I am a pretty darned good shot, even if the pistol hubby had gotten was a bit worn out and the sights were off.

I was hooked. I started going out with him and eventually got into Cowboy Action Shooting (CAS) which was a blast, tho we aren't active anymore due to health issues. I also have taken up hunting , tho I haven't gotten anything yet. It is still fun, it is nice to be out and about. Pretty much like when I go fishing and don't catch anything thing. A bad day hunting/fishing is better than a good day at work LOL!

I now have quite a few firearms I call my own, hubby jokes I have more than he does. 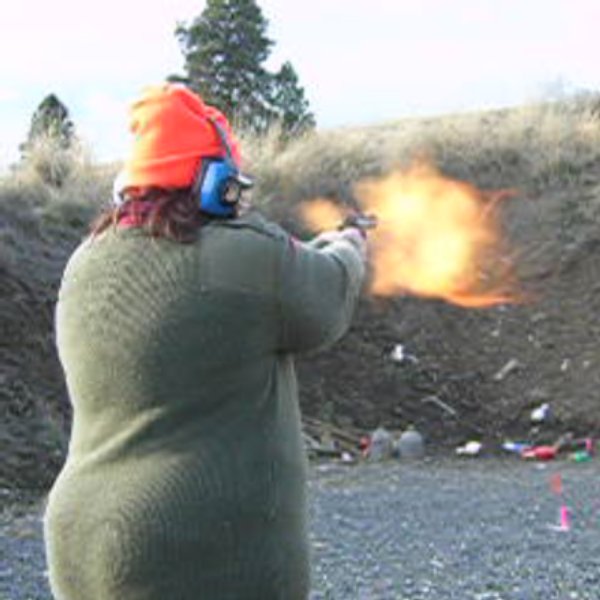 I think outdoor shooting would make it a less daunting experience!

I love going to the shooting range, but I love to go up to the mountains and shoot more because of the beautiful scenery. I don't like shooting rifles because they are very powerful and when they kick back they hurt! I'm glad you got over your fear of guns!