The joy of Music

Musical tastes can and do differ for most people, but I think I would be right in saying that music brings joy to pretty much everyone on the planet, from the most technologically advanced countries, right down to indigenous tribes in the South American Rainforests or Zulu warriors in Africa. One thing ALL humans share is their passion for music and the emotions that can be expressed or felt with the different types. I won't even begin to attempt to explain why this would be the case but it is something I find very fascinating.

From Classical to Hip-Hop, Jazz to Death Metal - all music can and does evoke different responses and emotions in the listener. As well as this, music writers often wish to convey a message or make a certain point with their scores. Some tell a tale, whilst others get a point across pertinent to whatever may be happening in the world at the time.

For myself, my first real interest in music began at around 13 or 14 years. Bear in mind this would have been 1981 - 1982. It was the age of pop with acts like Madness, Adam and the Ants, Kim Wilde, Culture Club etc. Initially I didn't really identify with a single genre and listened to most things. It wasn't until a classmate sold me his copy of Iron Maiden's "The Number of the Beast" that I found where my taste really was. He used to be into metal himself but had "progressed" into punk and was selling all his stuff. I bought the album off him for the princely sum of £2 and gave it a listen when I got back home. That was it - the changer - I was hooked. I wanted more of this - it was brilliant. I saved pocket money / paper round earnings to buy their latest album in 1983 "Piece of Mind". After I joined up in September 1984 and started earning money, I began to seriously buy music. I would regularly visit a specialist record shop in London when on leave called "Shades" off Wardour St. Here I think I spent most of my money on buying up the back catalogues and rarities / imports of most of the mainstream Metal acts of the day, including some VERY rare items of what was very fast becoming my favourite band - Maiden.

As the years passed, my tastes, whilst still staying very loyal to Metal / rock remained a touch varied depending on the mood I was in. I have absolutely no problems sitting in the lounge listening to Vivaldi, Holst, Beethoven or Mozart. Maybe this is due to my age, who knows.

By the time I left the Army and was in my mid - late 30's I found another direction musically that I felt very at home with - Dance / Trance. Again I threw myself into it and found a whole new set of emotional bonds with certain tracks. My personal life at this time was pretty much on a knife edge and I was deteriorating into bouts of severe and prolonged depression, not helped by the fact that my wife at the time was not helping my emotional well being, indeed was partly the cause as she was not understanding the issues I was dealing with from my childhood and was very dismissive (But that's for a possible later post). I found the different melodies in Trance music in particular to be such a relief for me and the different feelings, particularly of elation and an uplifting vibe helped me in many ways and on more than one occasion.

After the complete and utter breakdown of my first marriage, I found music was my escape and saviour. A year later I met my now wife and we had pretty much exactly the same musical tastes. Thanks to her I have also managed to meet one of the big names in trance music a couple of times, and we even "worked" for him at a festival a couple of years ago.

Slight digression aside, that's if you can call it that, as my small insight into my own experiences shows how music is such a varied and extremely valuable "commodity". It can be found everywhere. It sets moods in films, it can be relaxing. Conversely it can also get a person to become more active. It can be used to send messages to the world as well as being the message itself. I really feel music is such an important facet to humanity and without it who knows where we as a race would be now?

Good stuff! Ahh..Kim Wilde, I used to like her, but not so much for her music:) But you are right, music can elicit an emotional response more than anything else 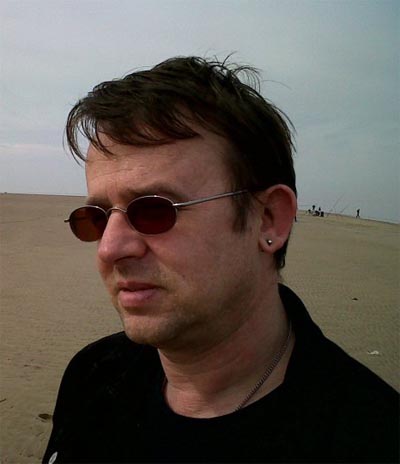 Mus admit to having a slight infatuation with her as a 15 year old, but then - which lad of that age didn't ;) ?

I like Elton John as a teenager still like him now , Abba , led zeppelin along with Leo Sayer and Lindesfarne.