A Winter's Day at the Beach 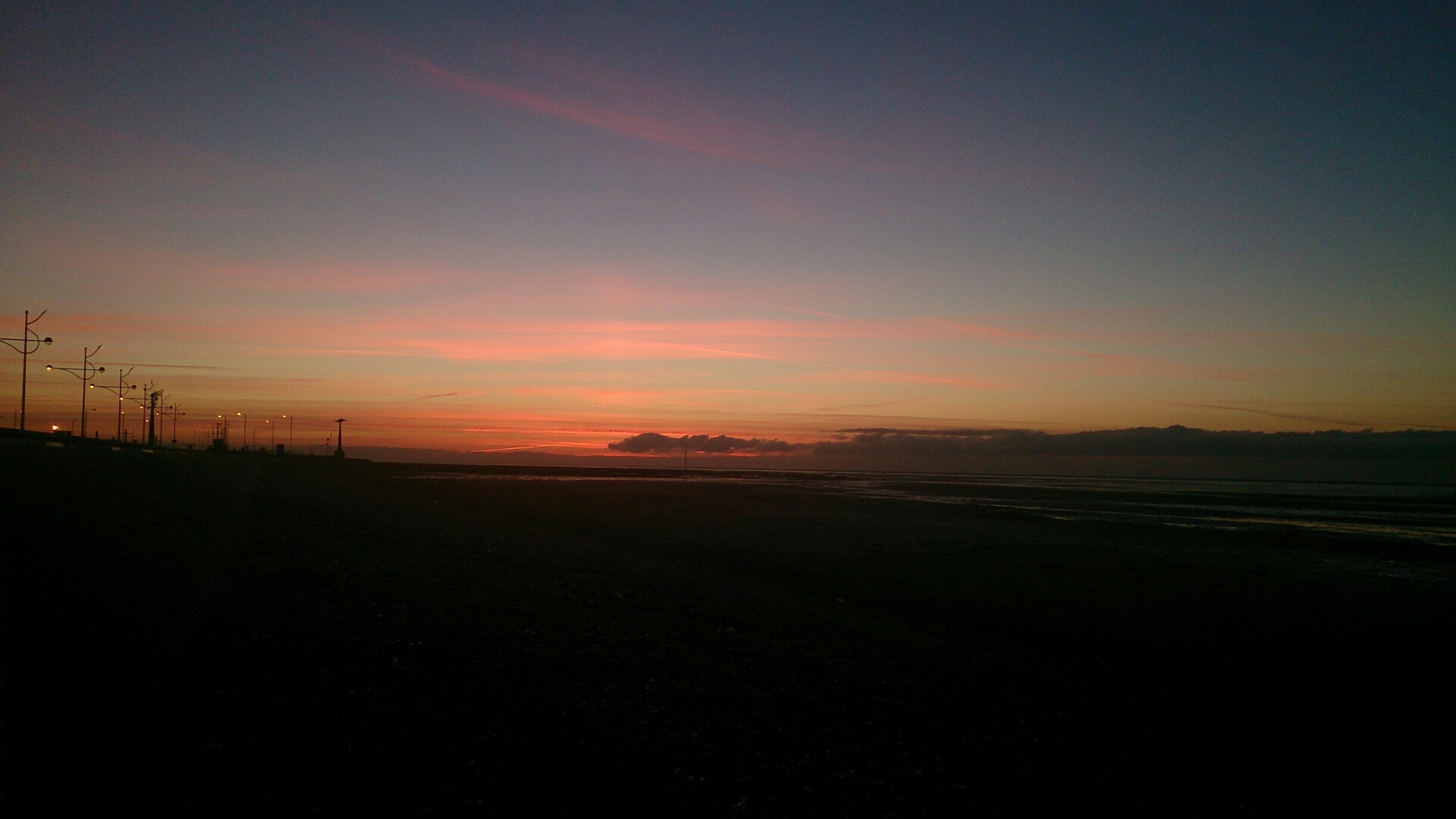 My 5 year old son has been on at me for weeks now that he wanted to go to the beach . We love going on days out to the beach and he had really enjoyed himself at Deganwy beach in North Wales when we went in the early summer. It was his first time going to the beach and I think he thought it was the best thing ever, he waded into the sea, fully clothed and had a whale of a time. Nothing I could tell him could convince him otherwise and he was adamant that it was always warm at the beach.

Today, we decided to show him what we meant by beaches being cold in the winter. Let's face it, the beach in the UK is only ever nice when it is a hot day, it is usually windy and cold and not really anything any sane family would consider doing the first weekend after New Year! Regardless, we wrapped up warm with hats and coats and set off for Southport .

Took us a while to get there, thanks Sat Nav, and it wasn't without a bout of travel sickness from him... but we persevered as we were only a mile away from out destination by that point, and wasn't much longer to listen to the 'Are we there yet?' incessant line of questioning from the back seat!

The beach was deserted, apart from a couple of teenagers who were trying to ride their bikes on the sand, and my son was really excited to arrive there. He was most impressed with the number of shells we could find and then came the question every parent dreads on a day out 'Can we go home now?' Errrr why? We've only just got here! 'It's too cold!'. Well there you go then, lesson learnt, my boy!

We brought home around 20 big shells, with the plan of doing some artycrafty stuff with them and they were stinking already when we took them into the house. I filled the sink with hot water and started to wash them and soon discovered the reason for the smell... one of the shells still had it's former, probably quite recently deceased, resident still inside it. OMG it stank to high heaven and the kitchen filled with the pungent odour of rotting fish. Heaving, I managed to scoop the offending invertebrate into a kitchen towel and ferried it out to the bin, retching!

All in all a good day. I think my son learnt a lesson, that beaches aren't always warm places to visit... and I learnt to check shells for stowaways before bring them home ;)

Caught a lovely sunset as we set off for home too :)

I love my Tassimo machine!

Bless his heart . It does get mighty cold on the beach in the winter.

It still sounds like a great day for the most part. I hope he remembers this and I know you will for a long time. And laugh about it later.

I love the beach but I leave in a mountain area of my country.

Besides this, in this period of year we have snow and cold weather and the beach is empty.

OMG bringing home a rotting sea thingy? Oh dear. But days at the beach are just magical aren't they, all that wind and all that noise. I love it even when it's cold and yes, why do children insist on going in even when it's absolutely freezing? Mind you, I've been in the sea at Cornwall when it's been raining and it was delightfully warm.

Oh it stank like something you really would never want to smell again in you whole entire life! I have solved the problem now. I've soaked all the shells in a very hot, very strong solution of Flash with Febreeze twice now and it seems to have done the trick. I was very wary though when I was cleaning them out with the handle of a paintbrush in case I dislodged something else lol

Ah, the sunset must have made it all worth it!!!