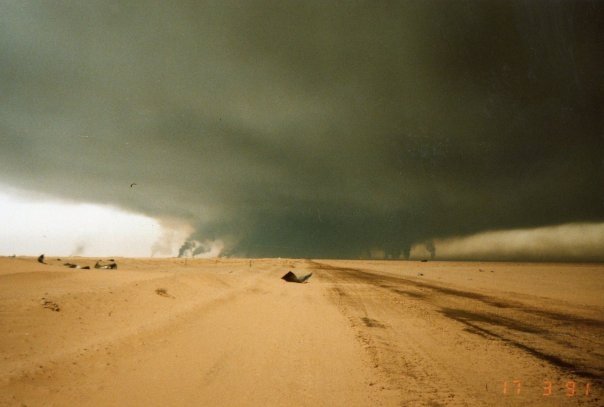 As I mentioned in my intro post, I am an Army veteran. I served a total of 14 years, two of which as an Army Apprentice at Harrogate learning the basic soldiering skills as well as the trade I had chosen - Russian Linguist. After this training, my first posting in April '87 was to 14th Signal Regiment (EW) in Celle, Germany. This unit specialises in Tactical Electronic Warfare against enemy communications. Basically this entails listening to their comms so we knew what they were up to. As part of this, when Saddam Hussein decided to invade Kuwait, there became a need for Tactical EW in this part of the world. The first group deployed in August 1990 whilst a select group were given a crash course in Arabic (I was not among them as it was deemed I would be one of the last to deploy as my then wife was expecting our first child.) The unit spent a few months preparing armoured vehicles for deployment to Saudi. Another role the unit did was to disrupt enemy communications by using Jammers which sent out very powerful signals to disrupt the frequency, making it unusable to anyone. For my deployment to the Gulf, I was assigned to this section.

A week after becoming a father, and after being given a fast track armoured vehicle drivers license, 4 AFV432's along with 2 German Hummer Jammer vehicles were transported by rail to US Airbase in Frankfurt. 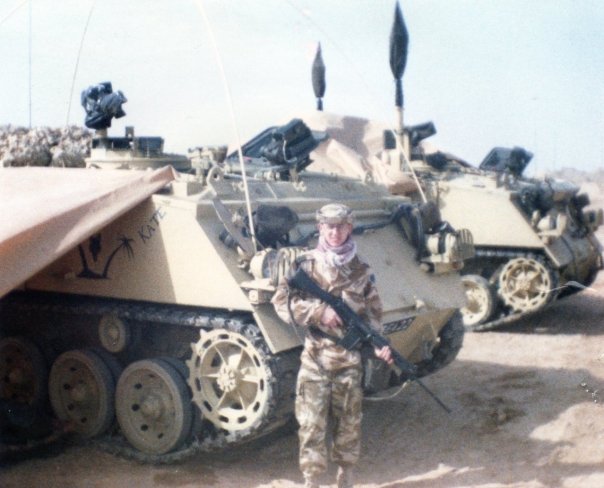 After spending a week in Frankfurt waiting for some spare space in a Galaxy C5 we flew out to Al Jubail in Saudi Arabia, where we spent a couple of days acclimatising and preparing the vehicles for desert driving. Initially the Allied involvement was only air based, ie: air strikes on key targets around the clock. When the ground offensive began our Jamming unit was attached to a Battery of Artillery Multiple Rocket launchers and we pretty much spent our own time merely following them around at a fast pace.

After day 2 or 3 of the ground offensive the unit had pretty much got back together for the advance to push the Iraqi troops out of Kuwait. The Armoured Division were formed up in columns and advancing north. I was driving at this time with a Major in the commanders hatch, when we heard over the radio for the convoy to halt as there was a skirmish going on ahead of us. Brakes on, and time for a brew then we thought as we watched events unfolding ahead of us. A US Air Force A-10 " Warthog" flew overhead, cannon blazing - a very impressive site. Through binoculars we could see the results. The skirmish ahead was between a couple of British Warrior Tanks and Iraqi forces. Now, ALL Allied vehicles were marked with an arrowhead markings and all carried a large sheet of fluorescent material on the roof to identify to allied pilots they were friendly. See where this is going yet, given the title of the post...? Whilst initially cheering the Warthog for the swift retribution to the enemy, it became very apparent as we were granted permission for the convoy to continue to advance that the pilot really didn't give two stuffs what he was firing at. The gung-ho attitude cost the lives of nine British soldiers, which as far as I am aware were the ONLY British casualties of this conflict. One is reminded of the prose of Wilfred Owen, poem "Dulce et Decorum est", the retort to which is simply - "Not - it most definitely is NOT". 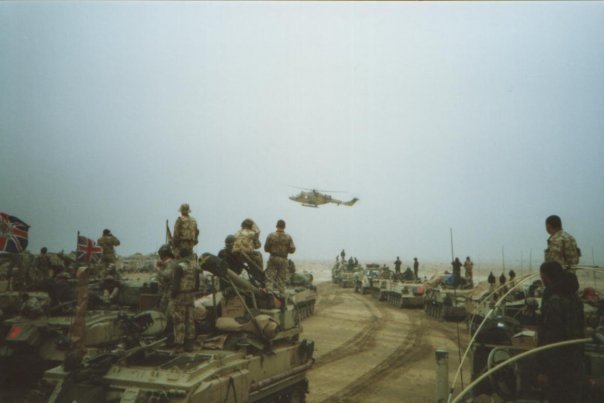 Waiting convoy before A10 ends skirmish.

The joy of Music

Very interesting post. When I hear on the news about 'friendly fire' I always think surely there must be some way to identify friend from foe, turns out there is.