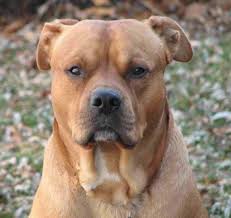 December of 2013 my oldest son asked if we could keep his dog for a couple of weeks. Seems MAC was getting a bit short and grumpy with my grand kids. MAC started life with him as a rescue. American Bulldog, Labrador and Basset Hound mix. He was a crazy looking dog and most though he was vicious but he had the best personality. My youngest son calls my wife and I "Those People" because we treat our dogs better than some treat their children.

Mac became part of the family and he and the Pomeranian (Penny) became best friends. Penny missed Daisey and Mac filled the void.

It was not uncommon to see Penny grooming Mac and he loved the attention. When Penny was outside and Mac thought it was time for her to return, He would howl and bark softly. She complied and returned in short order. When Penny would bark and signal trouble, Mac came to her rescue every time. They became a family and were great together.

After many car trips over the past year we noticed on our last time at Thanksgiving that Mac was having a really tough time walking. His back legs didn't seem to cooperate. Of course, it's time for a trip to the vet. Unfortunately the vet told us that his rear spinal discs were severely damaged. He was amazed that Mac didn't cry in pain but he rarely did. He told us there is nothing I can do for him. It's best to put him out of his pain.

Mac has been gone for a week and Penny is lost. She enjoys being an "only child" but looks for her friend at night. Hopefully we will go to the shelter when the time is right and find Penny a new friend.

Good Bye MAC, you were one in a million!

Working for a Charity 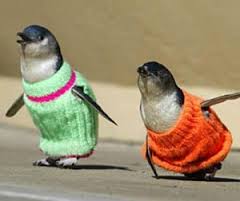 Oh, gosh! The loss of a dog is never easy on anyone.

Thank Ingrid. I agree, they become part of the family quickly and never seem to have a bad day.

It's so sad when you have to say goodbye to a beloved pet.

I'm so sorry. He sounds like he was a wonderful companion. We lost our cat, Sunny, in October. It is never easy.

Pet are amazing to me. They are always happy to see you, love you unconditionally and seem to know when you need their help.
My Basset (Daisey I wrote about) was physic. She knew where I was going and would lay in the floor so I would need to step over her.

So sorry for your loss...

That is the problem with pets. They live only for that many years and leave behind happy indelible memories.

Hard to find a human as brave as Mac. Many people cry when you pull one of their hairs out.