Scammer comes in all sizes, shapes and age. last month I wrote about a 78yo widow as a scammer : http://www.personapaper.com/article/12942-a-78-year-old-widow-is-a-scammer. Now I read about another one. This time in San Diego, CA. A witness saw a pregnant woman with her son holding a sign asking for money. People stopped by and gave. The person who saw and videoed the whole thing said she saw the woman later get inside a Mercedes Benz . The driver may have been her boyfriend. Melissa Smith (the witness ) followed them because she had seen the woman a couple of times in the same area panhandling . She could see them laughing in the car and counting their money. Even the son was laughing. She then saw them stop at another shopping center . But when the woman saw Smith taking pictures she lifted a big rock threatening to throw it at her and shouted at her. Smith left, but not after she took pictures of the license plate . She was also surprised that a pregnant woman could lift a heavy rock over her head so she may not have been pregnant. When the police followed up the address of the license plate, it belonged to a woman living in an apartment building which cost $2,500.00 a month.

But when they arrived at the apartment they were told the previous occupants just left. Melissa Smith posted this video and pictures so that people will be aware and conscious of them.

Wow living in a high end apartment and owning a Mercedes Benz just by panhandling.

As of now it is rumored that there was someone doing the same in another state...maybe they moved there so the police are looking into it.

I thought these pregnant women scammers are only in the Philippines. Scammers are everywhere.

Yeah, you see them everywhere now. I'm sure there are some who are totally down on their luck who desperately need handouts, but I've read of many cases where the panhandlers were caught in similar situations. Also, we've noticed some around here who are better dressed than we'll ever be. Sure, donated clothing comes in all brands and conditions, but... Just my two cents.

I never give money to these people..

Some people are getting more evil by the day. I would not give to anyone begging for money on the street because of the possibility of that kind of thing. 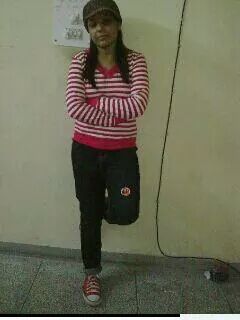 What has the world come to? Really sad and frustrated reading news such as this!!!

true we look heartless but who knows they maybe scammers and live better than we do.

I doubt they were living that well just from panhandling. In all likelihood they had a number of different scams going. Sad, because then people doubt anyone who is on the street trying to make a little money to live...