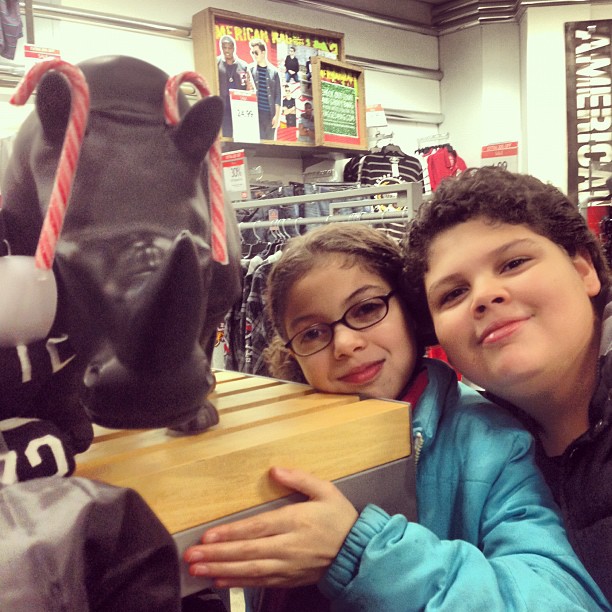 At times lately, I find myself wallowing in misery. I do a good job hiding it. My kids don't even notice and that is how I intend to keep it. It's not like I find no reasons to smile or laugh. I can appreciate the beauty in life. I can realize the good in my life, but sometimes the stress, anxiety, the uncertainty of things gets me down. It feels crushing, like the weight of the world is on my shoulders.

There are moments I wonder if I would feel the way I feel today had things ended up differently between my ex boyfriend and I. He and I were evenly matched, but he didn't think he was good enough and his sister did not like me and preyed on his insecurities, convincing him to dump me. His other sister, the one who was my friend and still is (now that I found them all again), she and the rest of their family always made me feel welcome.Even after all this time, they make me feel like a part of the family (except that one sister who still seems to hate me LOL). I did not try hard to get him to re-establish our relationships for two reasons: one - I was an insecure teen myself and thought perhaps because he was older he thought I was too baby-ish for him and two - I was semi-confident that we would end up back together and that it was just a matter of time since I was still always with his family.

Somehow, life had different ideas for us. Literally from one day to the next, they were gone. Their parents up and moved them and this was before the internet was that big of a deal, I had only just gotten an email address. I did not have his. Neither he or I had a beeper/pager. They were just gone and I was alone. According to he, his sister (my friend) and their mother - they came to my door a few months later, but by then my mom, brother and I had moved away as well and my grandma was still in the same building but in a different apartment. She would have never forwarded any message from a boy anyway.

The best thing to come of us going different paths is my son and my daughter. I am a firm believer that children are who they are because of their parents and the time they are born. Had my ex and I remained together, Alexander and Olivia wouldn't exist. They are an integral part of me and I cannot imagine life without them.

Image Credit » I took it myself. My children.

So you have kids. I am sure your marriage must be a happy one.

I no longer tolerate meddlers in any of my relationships. I don't care if they're family or friends, the first time I catch someone trying to cause rifts, I show them - clearly - just what a trouble-maker can do. I'm too old, anymore, to tolerate it. I'd rather be alone than to have any aspect of my life dictated by jerks. I've also learned, when those who would meddle start running their mouths, to be open and very clear of what line they will NOT cross. :)

And, your kids are beautiful, btw.

Your children are gorgeous and there is happiness in their eyes. At least some of that comes from the love the three of you share.

I'm so sorry you feel such an emotional and mental burden. I don't know your circumstances, but I will share that counseling has helped me to deal with and get past some things similar to yours.

I have thought it in the past but now know it for certain that all things do work out for good. Sometimes there are detours in relationships for a reason.

We can play the 'what if' game 'till the cows come home and it won't change anything. i have learned to be content with my life as it is (it could have been so different) and it sounds as if you have also come to terms with your life as it is.

I'm not married and no our relationship is more often unhappy than happy.

Thank you for complimenting my children.
Yes, my friend no longer speaks to his older sister. Apparently she peddled one time too many.

It would be wonderful if I could convince their father to go to family and couples counseling with me. Alas he feels that since we decided to try and work things out, we don't need it.

My friend and I still after so many years can finish one another's thoughts, still have the same sense of humor and still have many things in common. The future may still hold something for us. Who knows right?

I know husband and wife who met and dated as teens. Separated and raised families only to end up together again 40 years later. Where they were not quite right for one another as teens, they ended up perfect for one another later.

Yes. I am happy to have renewed my friendships. I am still very much thought of as family and that made me happy to.know that they missed me as I missed them.

I understand that you'd like the children's father to go to counseling too. Even if he won't budge right now, there is nothing to prevent you from going as an individual.

I already see a counselor at my church when we can attend.

Your children are lovely and you sound like a wonderful mother to them. You also sound like a strong person who does not allow her grief visit her kids.

What sweethearts they are! My mother-in-law used to say that if she'd had it to do again, she'd want not to be with her ex. But they had two children together, and she'd never trade that for all the world.