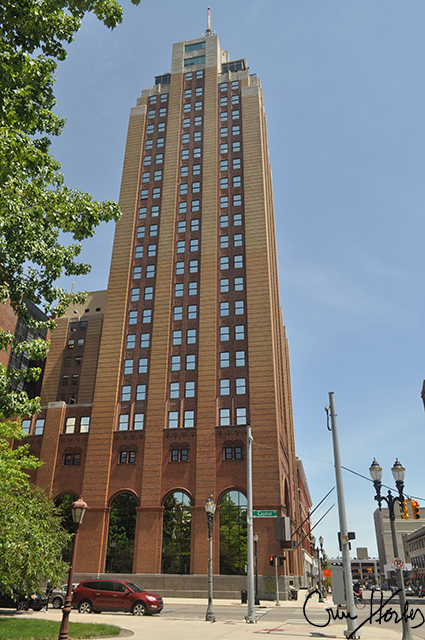 I don't think it is a secret by now, but I love to play with my digital camera. Taking picture is one of the attractions, and doing small modifications when things are not the way I want them is another.

In the picture you may see a building which was erected at the beginning of the Great Depression, confirming to the Streamline Style which will be known as the Art Deco a few years later.

At the time the construction was built, it was the highest in Lansing, and the City Hall passed an ordinance which restricted tall buildings around it on a certain radius, so that anyone can see it. And there was a limit to the heights of the buildings downtown Lansing. Although they built quite a few tall buildings after this one, which originally was known as Olds Tower Bank, and as Boji Tower these days, so far nothing is taller than this structure in Lansing, except for the Capitol building which had been built a few decades before. 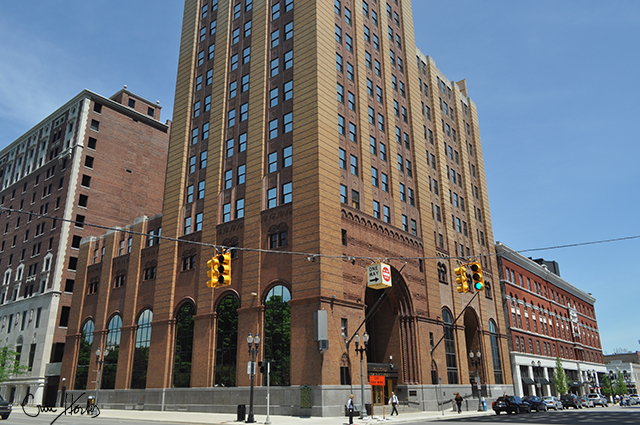 When I took the pictures, the traffic was not too bad. The traffic light kept the cars clear for my shooting, however all the hanging distractions were still there, hanging traffic lights, directional signs and the like. It was not what I wanted in the picture. 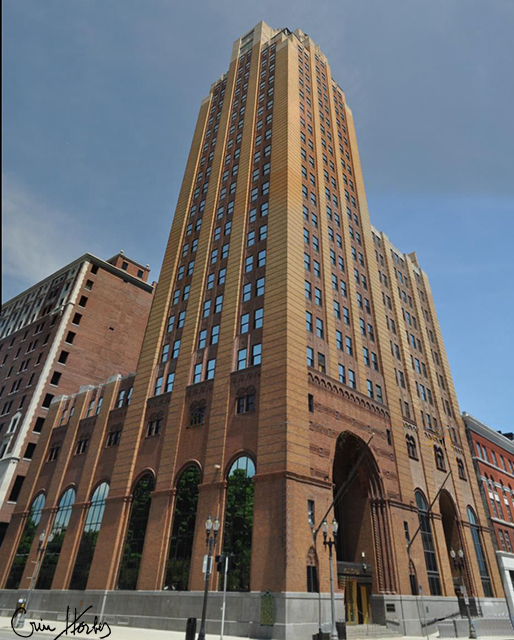 So, using GIMP, an open source software, I spent a few hours and cleaned the mess! Of course, I added the missing floors to this final view.

A rose is just a rose, by any other name

Super duper neat job - removing those ugly looking 'hanging distractions' was the key. I am not for editing when it comes to changing colour but this editing was called for.

I guess I should learn to use GIMP. I'm not very good at complex editing. I mainly crop and resize.

the enhanced picture is definitely better than the original picture. perhaps something needs to be actually done to eliminate the hanging traffic lights and directional signage like installing underground cables or solar powered traffic light or whatever device there might be available.

Nice work. I haven't really tried to edit something that complex.

Can you not use the same gimmick that you used on my picture?

I have used GIMP and couple of times. It is very comprehensive and I haven't yet fully explored it. I have a very good suite of photo-editing programs on my computer which came with it when our daughter passed it on to me.

There are plenty of those on the market. I used GIMP for years. I also have Adobe Creative Suite for business, but I am not too crazy about Photoshop.

Hi Crin,
I have used GIMP, and find it useful in its own way. However, some of its feature may not be as friendly to Photoshop.
It seems like you are handy in this software. Are you a graphic designer or frequently uses this software?

I am doing websites and work with digital photography. I never liked to use pirated software, GIMP was free. I also used Corel Products which are much cheaper than Adobe. The only reason I am stuck with Adobe right now, is curiosity. I just want to see if it is worth spending the money... I think Corel is much friendlier than Adobe though.

I like editing photos as well. Not all of them, but ones I think needs it. Great job.