Review: 'Dead on the Dance Floor' by Heather Graham 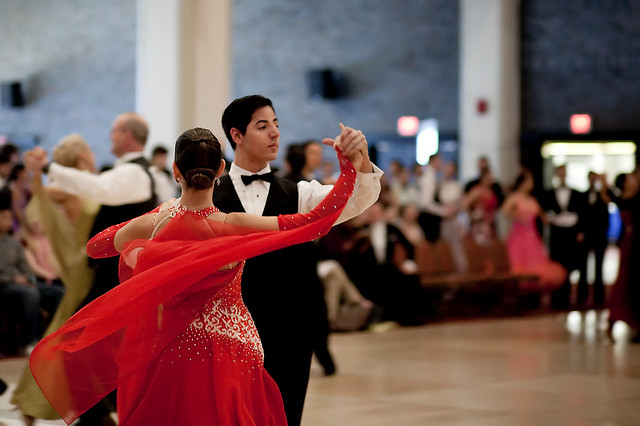 I must be one of the last readers in the world to have discovered the novels of Heather Graham, a prolific novelist and a "New York Times" bestselling author. Ms. Graham has written not only under her maiden name of Graham, but also under her married name, Heather Graham Pozzessere and the pen name Shannon Drake.

In reading what was for me the initiation into her writing, "Dead on the Dance Floor," I could easily see the influence of her education and experience in theater arts.

A novel in the romance/suspense genres, "Dead on the Dance Floor" takes the reader into the world of ballroom dancing and competition. An award-winning competitive dancer, Lara Trudeau, gives yet another stellar dancing performance, sure to steal the competition, when she suddenly collapses on the dance floor next to her dance partner and in front of the audience.

What is written off by the medical examiner and police detective as a heart attack due to a self-administered combination of prescription medication and alcohol raises questions in the minds of a former lover and some fellow dancers.

What follows is a whirlwind investigation by a ruggedly handsome private investigator who is soon embroiled not only in the dance world but with his beautiful and talented dance instructor.

There is a large cast of characters in the novel, sometimes bewildering this reader. I found the suspense portion of the story to be interesting until the final chapters, when the conclusion came abruptly and without much explanation.

The romance portion of the story became steamy at times, not only with the physicality of the encounters but also because of the lack of trust on the part of the P.I. and his instructor/lover.

I would rate this novel with a three out of five possible stars. I prefer my suspense/thrillers/mystery to be more focused on this portion of the plot than on romance, but for those who enjoy the romance aspect, this may deserve a four-star rating.

You May Be Interested in Additional Book Reviews Here:

" In the Company of Liars " by David Ellis Thriller/Suspense

Understanding the Difference Between Introverts and Extroverts

For a second there I thought Heather Graham (the actress) had turned into a novelist. I couldn't really get my mind wrapped around that notion. Then I remembered that Carrie Fisher has written novels, too. But it's not the same Heather Graham, I bet....:)

It sounder really interesting until you only gave it three stars. I would enjoy the investigative part more than the steamy part.

Sorry for any confusion. I never gave any thought that the book's title would lead folks astray.

I must be behind the times because I cannot picture a Heather Graham who is an actress. I was concerned that this author's name, the same as the UVa. coed who went missing, might mislead some folks.

It was an interesting premise for a novel and some of the investigative action was interesting. Although not a prude, I don't really care for a romance in a suspense story to carry as much of the plot as the suspense itself.

I can't recommend, in my opinion, that anyone spend money on this book, but get it on loan from the library? Sure. If you do, I'd be interested to know your thoughts on the novel.

#Feisty56 Yep. There's an actress named Heather Graham. She has been in "Drugstore Cowboy," "Swingers," and "Austin Powers: The Spy Who Shagged Me."

It will be a while before I have time to read again. I was trying to spend a few minutes reading in the car while my husband was busy in our Ventura building, and someone came out to tell me he would be out shortly and she proceeded to talk my ear off and I didn't get any reading done.

And of course I'm all like, "The girl from Boogie Nights wrote a novel?" Hee hee!

I actually have never heard of Heather Graham's books, but I love ballroom movies, so I'll have to keep an eye out for her books at my library.

Lol, I am completely in the dark about the actress Heather Graham...

From what I can tell from the titles of Graham's other novels, "Dead on the Dance Floor" is the only one about ballroom dancing.