My TNF Bet For Week 4 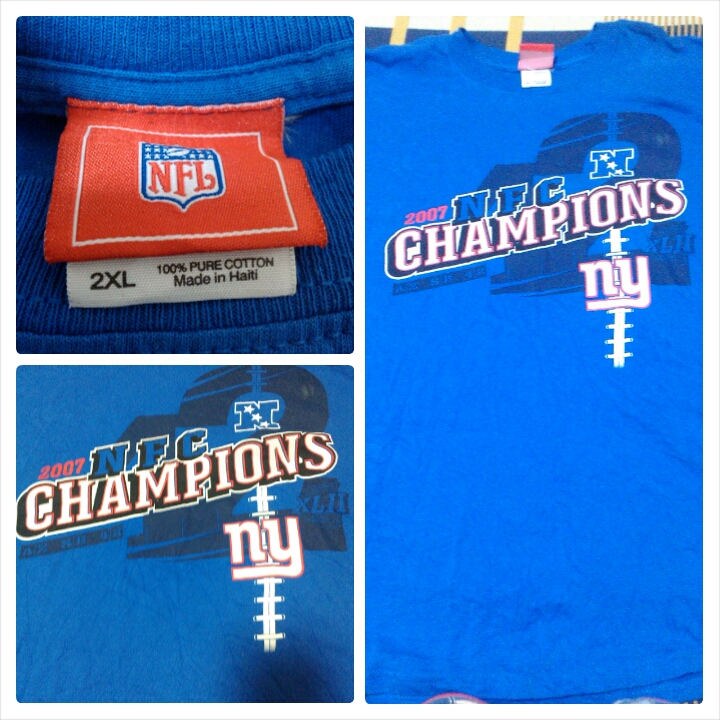 This week I'm a Giants fan and I do hope they cover the spread of +3.5. Meaning, I win the bet if the New York Giants win the game outright or even if they lose as long as it isn't by more than four points. The New York Giants can lose the game by 1, 2, or even 3 points to the Washington Redskins tonight and I'll still win my bet. So far, my bet is looking good as the New York Giants is up 14-0 with 13 minutes remaining in the second quarter.

I for think that Eli Manning and the Giants have a legitimate shot at winning this game. Eli is a two time Superbowl champion and although they weren't playing like champions in the past couple of seasons, this is almost a must win game for them do they can get back in contention this season.

Image Credit » Photo is mine. A New York Giants long sleeved shirt that I'm selling in my online store.

Back To The Grind - Version 2

I'm ever rooting for the Eagles and the Panthers, but I have to admit I'm a bit sour on the NFL because of the casual attitude that's been displayed toward domestic violence. I understand Roger Goodell visited a domestic violence crisis call center a day or two ago--I hope he learned a few things.

By the way, even though I comment on your posts a lot, this particular visit is part of my PPMCP sweep. You've been here a while!