A bit of Rant

Yea.. I haven't been posting for a while.. I got hired for a job and I've been busy with it, so I haven't been able to write since I'm really poofed after each day.

Anyways, I'm just really a bit down right now.. My laptop broke down... I need a replacement soon but yea.. I've been using our old desktop computer, the ones my hubby and 2 kids use to complete my work. I work at home, so our finances are dependent on a computer, internet connection and electricity as most work at home peeps know.

So yea.. anyways, to help lighten the load, we've been borrowing my sis-in-laws old laptop.. it's old and slow but it helps.. yea.. yesterday, her nephew was asking for the laptop and my son was using it.. so I said, for a while.. but he was insistent that he gets the laptop... I was so pissed.. and then my sis-in-law was sorta saying to get the laptop quickly to the nephew because it was only my son who was using it..

In my mind... how unfair can you be? Is there a difference between you being an aunt to that boy, and to my son? And it's not as if, he was gonna do something important with it.. he was just gonna play, so why not give my son enough time to finish what he was doing???

I was really pissed and I wanted to rant and get mad, shout allover the place and well.. yeah...it's hard... but I realize that its not worth it.. that I should just calm myself and there's nothing I can do... the laptop isn't mine.. we just borrowed it and well, it's her prerogative who she wants to use the gadget.

I'm a bit challenged by this, now more than ever I am adamant and determined to buy our own stuff/gadgets.. it will take a bit more sacrifice on my part but I think the accomplishment I will feel will be well worth it.

You are right, try to buy your own gadget instead of borrowing to avoid problems.

We all need to blow off some steam occasionally and it sounds as though you had every right to do so!

What better place than Persona to let off steam. We are there to pacify you. :) May be a nice conversation could have solved the issue.? Just thinking.

Hope you feel better after the rant. You did well by choosing to be quiet. Hope you get your own laptop soon.

Family will do it to you every, single time. It seems a worthy goal to be in a position to never have to ask for any help, whatsoever. I can't count the number of rants about family I've written, to then just delete it. Haha.

I disagree. A discussion with someone who chooses to be an imbecile usually makes things worse. Far better it is to just make sure to never need to ask anything of them.

I think it was a wise decision to avoid arguing with her and just venting here. We understand. Hope you are able to get a new one soon--I got my new Toshiba for only $299, and it's really good!

It's good to get stuff off your chest, so rant away!

I'm sorry that they were being unfair about it.

I have not been on here for a while now and until I receive a warning email that my account will be deleted if I do not log in. I am simply too busy. 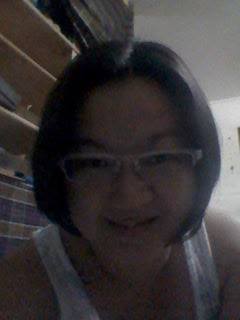 Yea, I'm glad personapaper is here :)
LOL... I wish.. but that's one of the challenges I have had with my in-laws particularly this sis-in-law.. she's the law and she can't be wrong and if you try to call her on her mistakes, there will be war.. so if you've got something on your mind and not ready for a fight. just best be quiet...

yea if I can find a good enough 2nd hand one. I wouldn't mind buying used ^_^