Some Notes about Site functionality 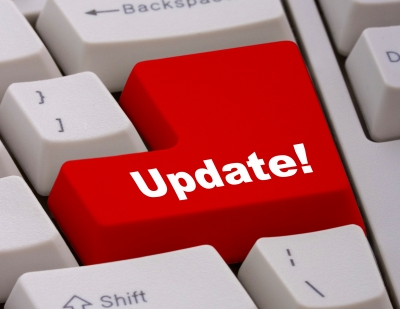 Most of us that visit Persona Paper frequently are pleased with the site stability and the user interface.

We also know that elitecodex is in the middle of deploying some updates to improve the site experience, and as MaeLou indicated in this post some of those changes are part of a mid-term plan to enhance Persona Paper. Great job in the communication department by the way.

Since both admins have requested feedback, I would like to comment about the following couple of items:

I noticed that some of the people I was following, were suddenly removed from my Follow list. An specific case is suffolkjason that I started following in August 27th, but as of today September 10th was no longer part of my Following list. I did not voluntarily remove him from the list, I have since added him back to my list. I think some other members have experiences this as well. Just wanted to bring this to elitecodex attention.

- Android SmartPhone GUI: As indicated is this post it is not really working as it should, but I know that Admins are already aware of this and will work on this at a later date.

- Android Tablet GUI: I have no complains about the user interface here, I can read and browse with no problems.

Getting Started with Hootsuite

I noticed the unfollow thing with at least one friend bestwriter , the other day. I know I was following Grace because I follow everyone I feature and I was following her before I featured her. Hmmm. Wonder if I'm still following you... Anyway, I had wondered where her stuff was. Sure enough, I wasn't following her anymore. I fixed it. Didn't realize it was a glitch. Goodness, I can't imagine the headache Will must have day in on this place. And I live with head pain 24/7. Yikes.

The mobile stuff I'll have to check again...

thanks for sharing your notes :)

I have to check my following list then. I hate to miss the new posts of those PPers that I follow.

Thanks SandraLynn It has now happened with at least two more people I am following. Hope elitecodex has noticed this already.

If you spend most of the time at a desktop/laptop the mobile versions are just for checking the site from time to time. Have a great Friday!

allen0187 sure, and please also confirm if you are experiencing the same. Thanks!

At least they are hard at work to fix the errors and to improve the user experience for all of us.

scheng1 Yes, it is basically a one man show on the technical side but elitecodex is very good and diligent.