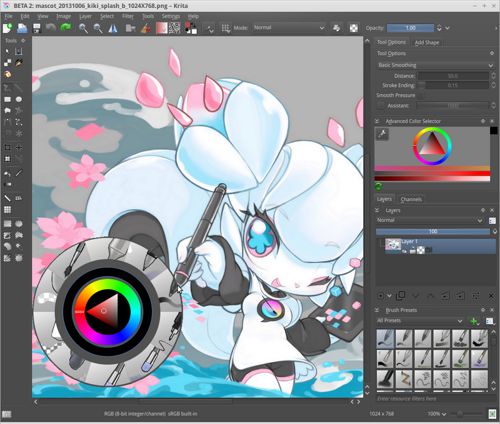 I really like creating digital art. I am not an expert at it, because before I discovered software programs for creating digital art I was convinced that I was not "artistic" (very creative perhaps, but not artistic) and thought that I could not draw or paint. But some reason I started playing with drawing and painting programs and started to figure out that I can do this (being able to easily erase or otherwise manipulate mistakes made it easier than using traditional materials like paper and pen or paint).

So in the past I've often used a free "vector" design program called Inks www.inkscape.org cape (which is not like traditional drawing or painting at all). But I've also used a free digital image editing/manipulation program called GIMP . And I'd recommend that program a lot, especially for editing photos.

But yesterday someone in an online group I belong to suggested using a free program called Krita ( https://krita.org ) for digital painting. And...wow. I am so amazed by this software. Although I am sure that I will still use the GIMP a lot, I know I will now be using Krita a lot more. Although I haven't used PhotoShop (mostly because of the price) I think in some ways Krita is more like it, except Krita is less geared towards editing photos and more geared towards digital painting.

There are many "brushes" (which also includes pencils and such) to create cool drawings, sketches, paintings, etc. And apparently more brushes can be made by yourself and others, which can also be shared.
There are also many interesting filters and features. One of the newest features that I am most excited about is called the Wrap-Around, which makes it easier to create seamless patterns and textures. When you use this feature it makes so you can see how your image repeats itself even as you are drawing/painting it.

I am actually a bit overwhelmed by how much there is to learn with this program. But just like how I learned to use the GIMP and other programs, I'll just take it little by little. One of the main drawbacks I think to Krita is that compared to GIMP and PhotoShop is there doesn't seem to be as many tutorials. The more popular a program is the more likely its users will create tutorials for other users. I think Krita is getting more well known though, so hopefully more tutorials will start to be available. That said, there are tutorials out there that are posted at the Krita site to get one started.

Ideally one should probably have a digital drawing tablet, such as a Wacom or Huion, but I've read that some are using a mouse with it just fine.

I'm so excited to have found this software and any plans I had of purchasing any other programs have been put on hold while I play with it, for what may be a very long time!

Strawberries from the Garden

I have used GIMP but my requirements for images are simple and don't need extensive manipulation. I am quite happy with the photo-editing programs currently resident on my laptop.

Thanks for sharing this. I'll give it a try. Interested in digital painting myself but haven't really put in as much time as I would like to. 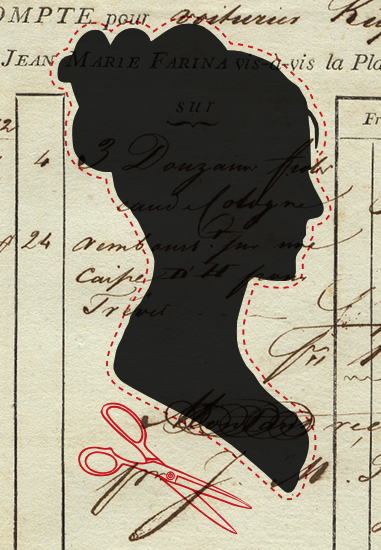 Oh, I tried to respond before but I guess it didn't "take." So, yeah, it's all a matter of what your needs and/or wants are. I know some people who just the simple MS Paint is all they want or need. It's great that there is so much variety out there for us to all choose from.

I think it's worth trying. I am finding it sometimes lags a bit with some of the brushes and such. I think it might not work well on older computers. But I am having lots of fun with it trying different brushes and features out.

nice to know the information provided.

I went to business school for graphic design. We never got into art programs like that. Sounds cool!