Should You Take Care of Your Death Arrangements Before You Die? 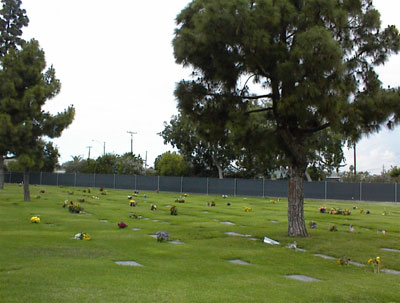 Death for most people is an unexpected event. It often hits at a most inconvenient time for a family – during a tax audit, in the middle of a move, during a custody fight, or while the next of kin is handling a stressful situation at work. When it happens, it can inflict an unplanned for financial burden on the family and put them in a state of emotional vulnerability.

& LeaPea2417 in her article Some People Have to Be in Charge in All Situations , expressed a bit of pique that her mother had planned every last detail of her and her dad's final arrangements, including writing their own 3obituaries, leaving nothing for her and her sister to do for her. She believes it was a controlling desire that caused her mother to do this. I think it could well have been consideration for those left behind. But, then, I don't know her mother as well as she does.

When someone you love dies, you are very vulnerable and often in shock. You may also be close to broke. You have to suddenly start making decisions you may not have expected to make for many years, if at all. That's how it was when our young and healthy son died in an accident when he was only fourteen. We had barely been able to pay a lawyer over $4,000 in a custody fight to keep him with us that last year of his life. Suddenly there were funeral expenses of thousands of dollars and decisions and we were numb with grief. We were lucky my mom and one of our elders, who was also a close friend, went with us for that first mortuary visit. My mom wrote the check. She knew we didn't have the money.

Of course, no healthy young person or his parents every makes death arrangements ahead of time for this kind of situation. Fortunately it was not my first time in a mortuary. I still remember going with Mom to make arrangements for Dad. Fortunately my mom wasn't broke when Dad died, and he had either bought their burial places ahead of time or had enough money in his estate to cover everything. He did not see to any other details. We had to wonder what he would have wanted while the funeral director was trying to sell us a casket and present package deals. These were the last things we wanted to think about.

I think the worst part of it was the casket room. When a loved one dies, the family is asked to pick out a complete set of clothes, including underwear, to dress the deceased. This goes to the mortuary, often with the loved one in the hearse. At least that's how it was with Mom. The person you meet with at the mortuary is really a salesperson. He helps you make the death arrangements, fill out paperwork, etc. When it came time to pick out Dad's casket, the man took us to a large room with caskets lining every wall, or so I remember it. He then walked around with Dad's suit in his hand, holding it up inside each casket we were considering, so we could see how the colors matched. As if it were almost a fashion decision.

My mom was still in denial. Her husband had died just the day before. The last thing she needed was to see his clothes going from coffin to coffin. I'm glad I was able to be there with her, because the salespeople will play on your emotions and try to get you to buy something expensive to make you feel you are doing the best for your loved one. They will also try to sell you things you may not need at all or that you could get much cheaper somewhere else, such as guest books, “thank you for our expression of sympathy” cards, limo service, etc.

They may also try to sell you a complete package. If you are still grieving, and they leave the impression that what they are suggesting is just how things are done, you are inclined to just fill in the blanks with which guest book, set of cards, etc. you want, instead of considering whether you want them at all. I covered this in more detail in a Squidoo lens, soon to be a hub, called “How to Deal with Mortuaries.” My name on that account is the same as on this account. I also wrote a poem called “The Mortician” for HubPages on my WannaB Writer account years ago that was based on my mortuary experiences.

If you lose someone suddenly and you have never dealt with a mortuary before, I suggest you take someone you trust with you – a pastor, very close friend, other family members (as long as you have a good relationship) to act as support and a voice of sanity. (“He wouldn't have wanted you to spend a fortune on a casket. He would have preferred something simple.”) If you are over the age of fifty and have a fairly settled life, consider making most of your arrangements ahead of time and paying ahead for them. If you think the one likely to survive you would enjoy planning your service as a final gift and a way to deal with their grief, let them do it.

Consider, however, picking up one of those little booklets most mortuaries have and fill them out to make the process easier. Or you can just make a list of your favorite quotes, music, etc., and lay out a few photos you think you'd want included in the video of your life that seems to be customary at services now. Or just say you don't care about that. Also, fill out the answers to all those questions a mortuary will ask for the death certificate such as the birth places and maiden names all the way back to your grandparents. Wouldn't you know it? I'd like to tell you here what you need, but right now I can't locate even one of the many death certicates I have in my possession. I just remember there were a lot of questions it wasn't easy to answer.

So is it controlling to make all of your own arrangements ahead of time and pay for them? Or kind? It all depends on who survives you and whether they have the budget to pay for what you want.

Photo was taken at Forest Lawn, Sunnyside, in Long Beach California, the day of my daughter Sarah's memorial service in 2009. The grave is near the closest tree. She shares it with her brother, Jason , who preceded her in death.

A Lousy Labor Day Weekend Ahead

My mum recently turned 50 and has quite a few health problems so she has started talking about what she wants and is going to set something up to pay for it. In a way I hate talking about it with her, I dont want to think about these things before I have to, but I know this way she will get what she wants. I am an only child and she doesnt want me left with all the hassle (her words not mine), I suppose it is nice of her to think ahead to how I might feel at the time and try to make it as easy as she can for me.

It is very hard to make arrangements for your death after you are dead...lol

My parents purchased their plots and vaults and had their marker inscribed years before they died. All we had to do was pick out the casket, clothes, and plan the funeral. The funeral director was someone we were well acquainted with, and he really made it easy on us. The only fly in the ointment was when the cemetery rep called me aside during the viewing, wanting a check to cover opening the grave, which I thought was extremely unprofessional. (I made her wait until I mailed it).

Reading your post out there you do seem to make a funeral a 'detailed' affair but not so here. Most of the time no one talks about it when one is alive. and when one dies the one who is closest to the dead will decide about clothes and other funeral arrangements. Sometimes just a neighbour will make all the arrangements after consulting. That's it.

We are in the process of making our arrangements. We know what each other desires and I would rather take care of them now and not have my children have to deal with it.

When my late husband passed I was sure glad that complete arrangements were already on a computer site, so that all I had to do was make that one phone call. I feel very strongly that this sort of thing needs to be planned ahead.

You are really fortunate. So many parents don't want to discuss these things because they aren't ready to admit to their mortality.

Quite true. That's why it's kind to make it easier on those you might leave behind by taking care of it ahead of time.

Agree. It makes it so much easier for those who survive you.

I do hate picking out the casket, but one can do it online now. We made my daughter's arrangements, including flying her remains from Texas by phone and online.

Here we have so many regulations on how things have to be done that some people think everything they tell you to do is a regulation.

That is very thoughtful of you. Mom already had her plot. We planned her service together when we knew her time was short.

I agree. So why are Kosta and I putting it off? Got so much other stuff to finish first. You know. If you have so much to do, you can't die until it's done.

That is true and it is an uncomfortable conversation to have with anyone I guess, but it is nice to know that I will know what to do when I need to do it and I wont have any of those 'is that really what she would have wanted' worries

My dad had made it clear what his wishes were when he knew his time was coming. Luckily, everything he wanted was very low cost, because he was a veteran of the U.S. Army.